By Nicole Madigan for The Sydney Morning Herald

Can love conquer all if couples are of different religions? Nicole Madigan talks to three women in multi-faith relationships that work.

As Australia continues to diversify as a nation, multi-faith relationships are becoming increasingly common. According to the Australian Bureau of Statistics, about 1 in 10 couples in Australia are now multi-faith. Buddhists are most likely to partner with someone of another faith, followed by Hindus and Jews. Christians and Muslims tend to couple up within their own religion.

There is also a growing number of people who class themselves as "spiritual" or "non-denominational", or hold personal belief systems that align loosely to a particular religion without strict adherence or practice. A quarter of Australian couples involve at least one person with no religion.

Yet many couples underestimate the difficulties that can arise with conflicting faiths, particularly in the early stages of a relationship. "There can be a tendency to minimise areas of potential problems with the view that love can conquer all," says relationship counsellor Susan De Campo.

She advises fledgling couples to tackle the sensitive subjects of personal values and beliefs early on, and to avoid making assumptions about specific religions as not everyone practises their faith in the same manner.

"Conversations about values, beliefs, hopes and dreams should occur in the early days, and the best way to broach the subject is within a framework of respectful curiosity," De Campo says. "Conversations about what have been the biggest factors in making you who you are can sometimes reveal the importance of people's religion or faith."

De Campo says that values will ultimately determine whether a multi-faith relationship will flourish or fail. "Views on how children should be raised, gender roles, discipline, what beliefs do you hold about homosexuality, your political views, what are your views about end-of-life issues, fidelity, pornography, what sort of lifestyle activities do you disapprove of, what do you think of people who don't believe the same as you." The answers to these questions can be critical, she says.

Multi-faith relationships, she adds, can work if one partner's faith doesn't require them to impose certain values or behaviours on a partner who doesn't subscribe to the same beliefs.

"If, however, someone's belief system requires adherence to certain value based behaviours and the other person in the relationship is unwilling to accept these requirements, then there will invariably be conflict," she says.

Couples also need to be mindful of not moving the faith goalposts along the way: "An issue that was previously agreed upon is now causing conflict because one person has decided it needs to be addressed in a different way."

Ultimately, she says, the success or failure of a multi-faith relationship comes down to one thing: respect. 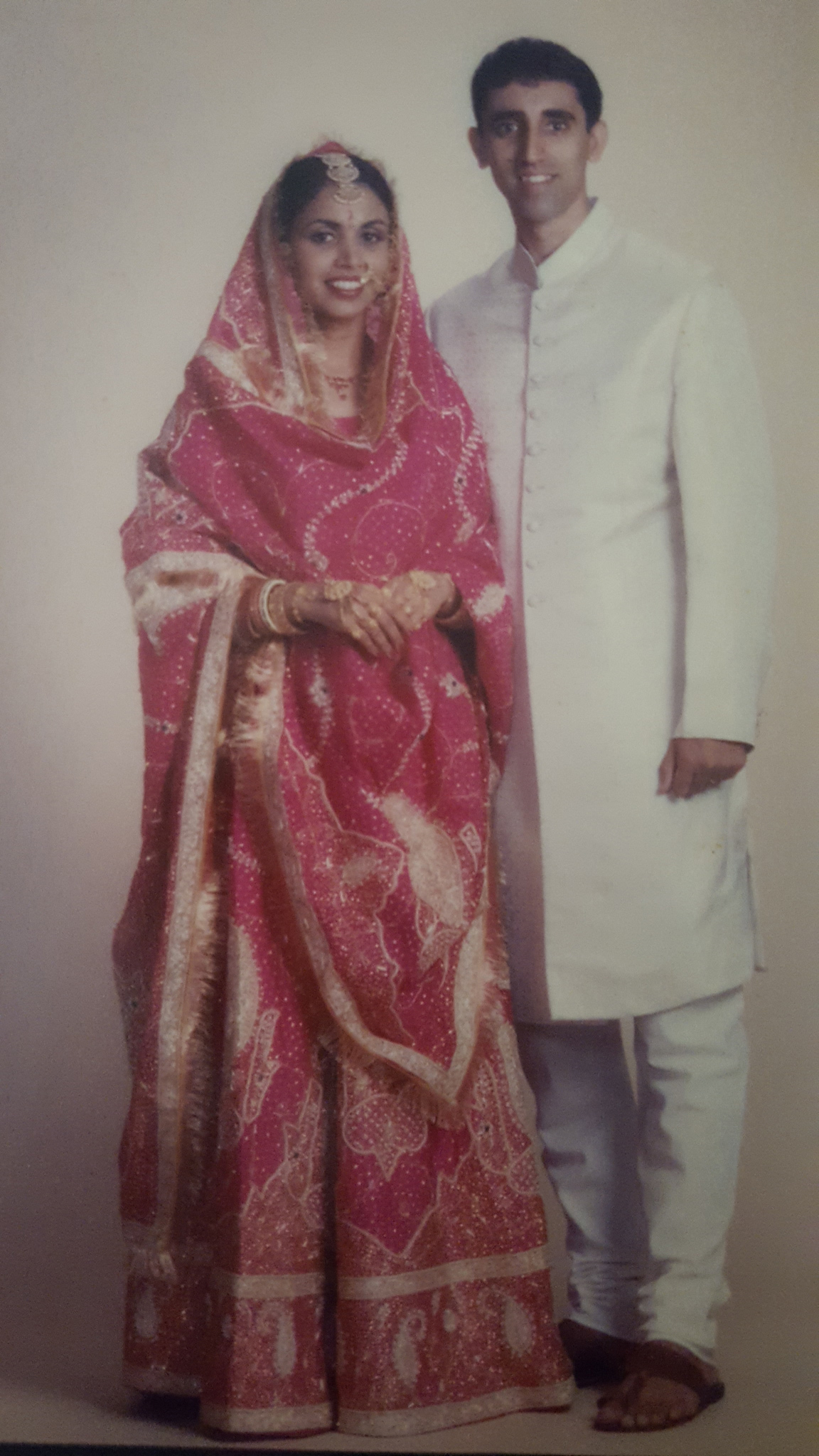 For Brisbane-based Judith Silva, a Catholic, and her husband Dave, a Punjabi Sikh, it took some time for both of their families to accept they were marrying a person of another faith.

"My parents were staunch Catholics," Silva says. "Practices were passed on for generations. I had a very strict upbringing and I'm also the youngest of six kids, and only one of two girls, so the pressure to marry someone from my own religion and ethnic background was always there. Dave is the eldest son, so the pressure for him to marry within the culture was also very high."

When the pair met at a college cultural event in Singapore in 1986, the connection was instant. Although committed to their faiths, they were determined not to let their religious differences stand in the way.

"We decided early on how we would bridge the diff erences," says Silva. "The biggest challenge for us was ensuring that we had the freedom to practise our own beliefs. We go to church and the temple together." It was also important to them that their parents' upbringing and belief systems were respected, too.

"We appreciate the hard yards they've put in for us," says Silva. "And we've taught our two teenage daughters to practise tolerance, respect and individualism. "I realise now that religion can be an act or a practice. I see an act as a thing you do automatically, a habit. Practice to me is more meaningful, as there's a firmer sense of belief and passion."

However, their respective parents were slower to accept their union. "It took a long while for my parents to come around to the idea of even meeting Dave," Silva says. "I was nervous as hell at their fi rst meeting, but they fell in love with him instantly. It was the best feeling ever." She says strong, mutual love and respect has been the bedrock of her marriage. "Respect is 100 per cent important or we would not have lasted 30 years together." 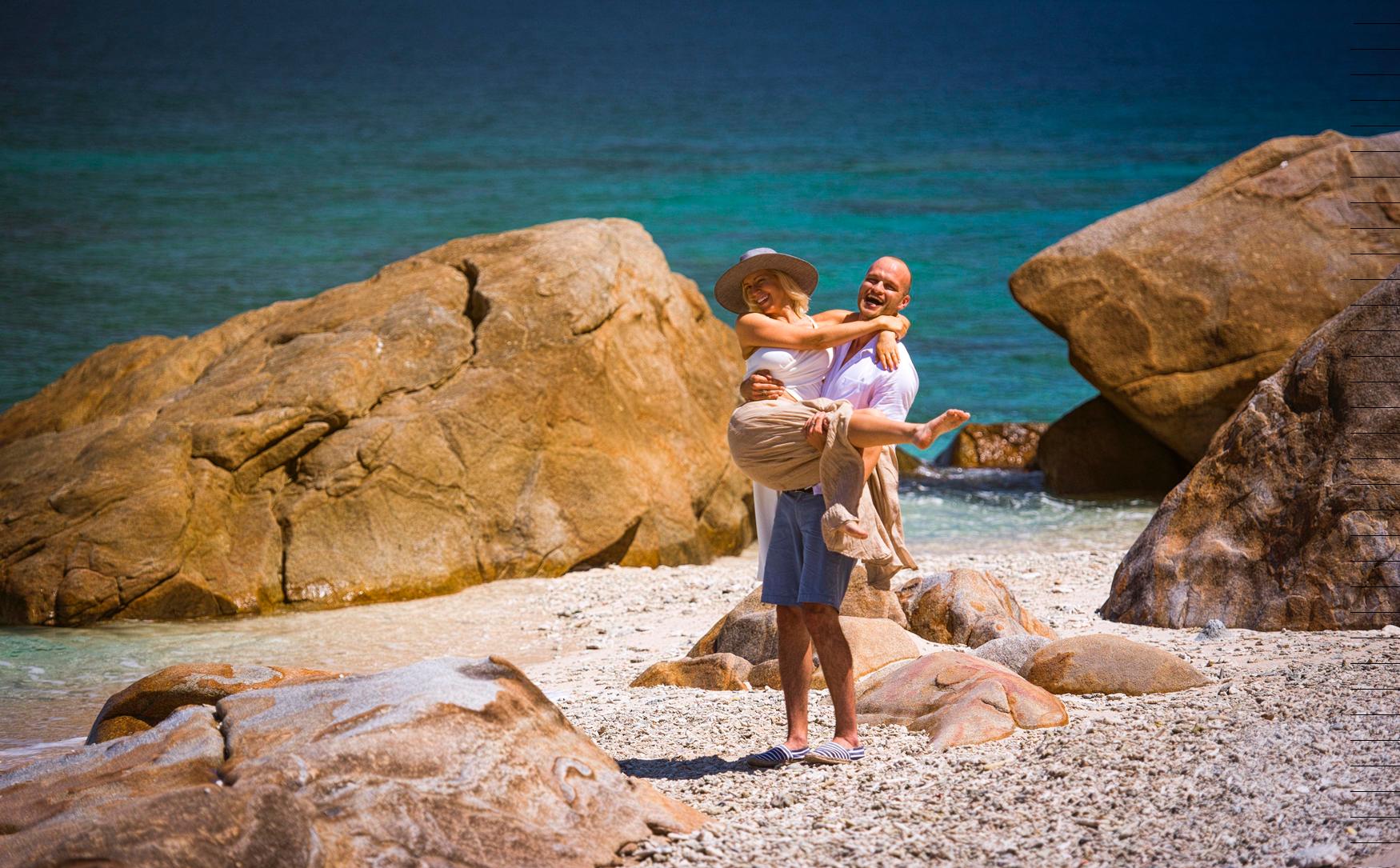 Jewish-American Jacqui Fein and her financé, Dave Madigan, a non-practising Catholic, have no concerns regarding their different faiths. Yet when they first met in 2011, while Madigan was travelling in the US, Fein wasn't at all sure that would be the case.

"I was quite nervous about telling my partner that I'm Jewish," says Fein, who relocated to Brisbane in 2014 to be with Madigan. "In the US, it was always difficult telling friends or partners about my religion.

There were only a few Jewish kids at my primary school and high school in California, and in the US you get made fun of a bit more. I just wanted to make sure it wasn't an issue with my now partner."

Neither of the couple's parents considered it to be a problem, either, though Fein says the first question her grandmother asked was: "Is he Jewish?" "Typical Jewish nanna!" she says.

"My grandparents always had the grandchildren over for Passover and my family always celebrated Hanukkah." Fein says the couple would like both religions to be incorporated into their lives and the lives of their future children. "My family would like Dave to break the glass at our upcoming wedding as it shows a sign of strength in marriage," she says.

"My father regrets not teaching us more about our Jewish side when we were children, and I want my kids to know much more about theirs. After becoming a teenager, I kind of lost interest in my Jewish heritage. My partner and I are happy to learn along with them!" 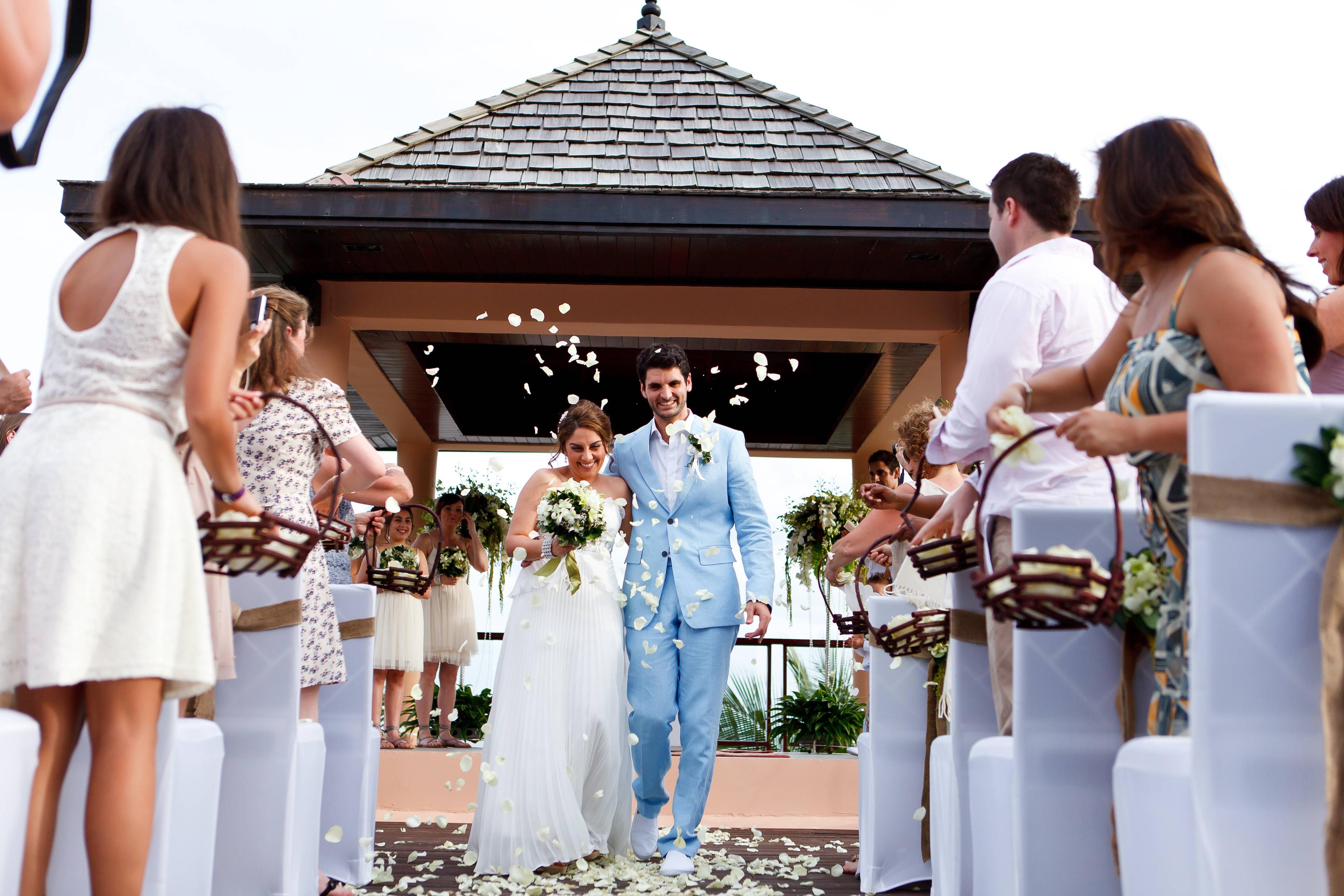 Religion played an integral role in Abby Montesin's life growing up. "Islam is a way of life to a certain extent, in that we pray five times a day and so are constantly reminded of our relationship with our maker and the message of Islam," says Melbourne based Montesin.

"I love the unity displayed at prayer." In adulthood, Islam continues to be important, though life and experience have changed Montesin's perspective. "It's not so black and white, though I still refer to my religion and the teachings of the prophets, including Jesus," she says. "Growing up, it was important for me to identify with people of my own religion, but as I grew older I realised that religion does not define a person as good or evil."

Which is why, when her friendship with her now-husband, Brandon – a Catholic – developed into something more after they met in 2004, she knew it was the right decision. Unfortunately, some family and friends had reservations, with Montesin's parents choosing not to attend the couple's non-religious wedding ceremony 11 years ago.

"My family don't agree but I'm still hopeful that one day they will warm to the idea," she says. "Brandon's family were initially apprehensive, but that was mainly because they didn't know anyone of my faith so my religion was very foreign to them. But they are supportive, accommodating and thoughtful and I love them for it."

The couple have had no other faith based issues – even child-rearing hasn't proved problematic, with their 16-year-old daughter attending a Catholic school but identifying as a Muslim.

"Our decision was to focus on the similarities in our religions and to instil the same fundamental messages of both religions and that is to be kind, humble and respectful," says Montesin.

"We'd like to think we're raising a child who makes informed decisions, in that she question her choices and doesn't just follow the crowd." Montesin says the key to their strong relationship is respect, love – and not taking themselves too seriously.

"We are committed to respecting our respective beliefs and ensure we celebrate all of our holidays of Easter, Christmas, Ramadan and Eid al-Adha and Eid al-Fitr. It just means we have more reason to show love to each other than most households. Who wouldn't be happy with that?

"It has made no difference in my life in terms of my religion or in the way I express those beliefs. It just comes with more holidays!"