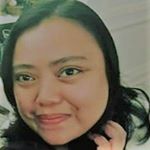 “If women’s hair posed so many problems, God would certainly have made us bald”

– Marjane Satrapi, Persepolis 2: The Story of a Return.

When I was 21 years old and studying in my first year of university, I took off my hijab.

I had started wearing it at age 9. I had studied in Islamic schools mostly throughout my primary and secondary school education and the hijab was a requirement there.

To be honest, whether at school or at home, I was raised with the notion that the hijab was a symbol of a Muslim woman’s dignity, and her way of shying away from male attention as a modest Muslim woman should be, and that this inhibition is a good thing.

When I was 9, my mom asked me casually whether I wanted to wear the hijab outside of classes and I said yes.

I now know, in retrospect, that I didn’t really have a choice. At that age, it felt just like a natural thing to do because my mother, my classmates, and most of my aunts and female cousins wore it too.

But when I became a teenager, I started to question that need.  For the first time, wearing a piece of cloth started to feel like a burden on me. I thought: why did I have to wear it? Why are Muslim women expected to cover more than Muslim men have to? And it wasn’t just the hijab that was the problem. The issues overlapped: at school, boys and girls were segregated. Girls mostly stayed indoors, while boys ran free outside in their pants.  Boys led the prayer, while we girls prayed behind them. We were also taught that most of the inhabitants of hell are women. This teaching is based on a hadith (Prophet’s saying), that I later learned was a lie. The Prophet Muhammad never said that.

I became withdrawn and depressed. Deep down, I really wanted to take the hijab off. I envied girls my age who didn’t have to wear it. They looked prettier, and I dare say, sexier.

I asked my mom whether I could take it off but she was adamant that I did not. It’s Allah’s commandment, she said.

When I went to university (a non-religious one), I started participating in the local women’s rights activism scene outside of classes. One day, an activist friend of mine Nazreen said: “The Qur’an doesn’t require women to wear the hijab.”

I vowed to do my research: I not only talked to people and asked their opinions, but also checked the Qur’an to make sure whether what my friend said was true.

And lo and behold, it is true. In the Qur’an, Allah asks us to lower our gaze, protect our modesty and cover our chest. Nothing whatsoever about having to wear the hijab.

Furthermore, being in a non-religious university meant that I mixed with students of various religions. I was exposed to other views.

This realisation empowered me.

At 21, several months after I started university, I took the hijab off.

I still remember the day. I was at the train station on my way to school in the morning. I quickly pulled off my hijab and stashed it in my bag. I put it back on during the train ride back home.

I lived a double life.

This took a huge toll on me emotionally. I was depressed. I felt like I was going crazy living that way, but what choice did I have?

When I graduated university a few years later and scored a job at a media company, I vowed to take off the hijab completely.

My mom, in particular, was angry. She would threaten me in an effort to force me to put it back on. Dad was also angry, but in silence.

I didn’t bow to their pressure.

It’s been 9 years now since I took off the hijab. My family has come to realise they have to accept my choice (I always joke to my friends: stubborn parents make stubborn children).

I feel proud that I stood my ground.

Taking off the hijab was a small step on a long road of self-actualization, really. My increasingly critical feminist worldview had made me no longer able to see the head covering and liberation as synonymous.

I refuse to obey a practice which is rooted in outdated cultural views and which is not in fact, a divine mandate.

I am now 30 years old. I have a stable job working as a writer and I work hard to campaign for women’s issues, such as the right to be free from sexual harassment. No one really dares to complain of my freedom.

Because when a woman comes into her power and claims her independence, nothing can stop her.

And because Allah is loving, and Islam, despite what the mullahs around us want us to believe, is nothing without gender justice.

Mohani Niza is a writer and women’s rights advocate in Malaysia. Her main focus is reducing the number of violence against women (VAW), particularly sexual harassment. Together with a group of other civil society individuals, she is currently coming up with a stand-alone Sexual Harassment Bill in Malaysia which she hopes will be enacted by the government within the next few years.