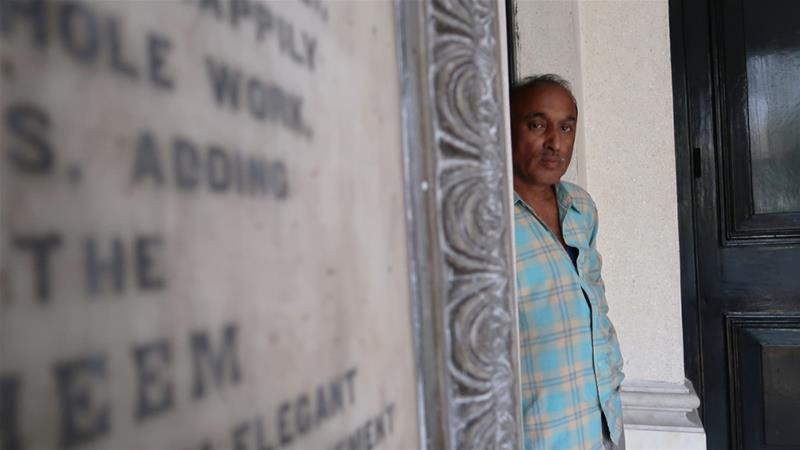 Kolkata, India - In Kolkata, the old capital of colonial India, one area is home to many abodes of God, with churches, synagogues and mosques side by side with temples of all faiths.

Up a flight of stairs in a yellow building in old Kolkata, at the back of a room decorated with gold and fine wood, is a small, hand-carved idol: Kuan Yin, the goddess of mercy and a beloved deity in Chinese folk religion.

A garland of fresh white flowers hangs around her neck, a typically Indian way of paying respect.

"What you get in India is not what you get in China," says Michael Ho, a member of Kolkata's Chinese community. "The way we celebrate religion here is more like it was in the old days, and with some added Indian traditions."

There is a cultural hub at the bottom floor of the Chinese temple; Michael Ho is a daily visitor. He chats with friends and reads Kolkata's still-in-print Mandarin newspaper, once handwritten in calligraphy.

Born to a father who arrived by boat to work as a chef, he is one of the thousands of other Chinese in India's second-largest city.

Kolkata's Chinatown had grown to become one of Asia's largest.

The Chinese were among many foreigners who settled in the area, which was known as the grey city during British colonial rule; an in-between space connecting the European-only "white city" with the surrounding "black city" where Indians were allowed to live.

The neighbourhoods surrounding Bowbazar were a place to trade and developed as a multi-religious hub.

"People call it the parliament of religions for that reason,' says Deepanjan Ghosh, a journalist and writer on heritage.

Kolkata was always a truly multicultural place, which manifested itself in many ways, through shared neighbourhoods and schools, intimate friendships across communities, shared meals at each other's homes.

Within walking distance of each other are Jain and small Hindu temples, mosques and Sufi shrines, three Jewish synagogues, two Buddhist temples and a Zoroastrian fire temple, one Portuguese and one Armenian church, a Shia gathering place and many Taoist temples of old Chinatown.

Off one particular street, Brabourne Road, one could visit a synagogue, church, mosque and cathedral in an afternoon.

"Kolkata also has a Sikh gurdwara, the first Hare Krishna temple in India and a Greek church, nowadays catering to converted Indians since no Greeks remain in the city," says Jael Silliman, an author and academic who is also the youngest member of Kolkata's once-thriving Jewish community.

"Kolkata was always a truly multicultural place, which manifested itself in many ways, through shared neighbourhoods and schools, intimate friendships across communities, shared meals at each other's homes. All of this made Kolkata richer in every way."

Judaism was one of the very first foreign faiths to find its way to India, as early as the 500s BCE.

It came to Kolkata far later, when the Aleppan Jew Shalom Aharon Obaidah Cohen, a trader in indigo and Arabian horses, moved to the city in 1798. 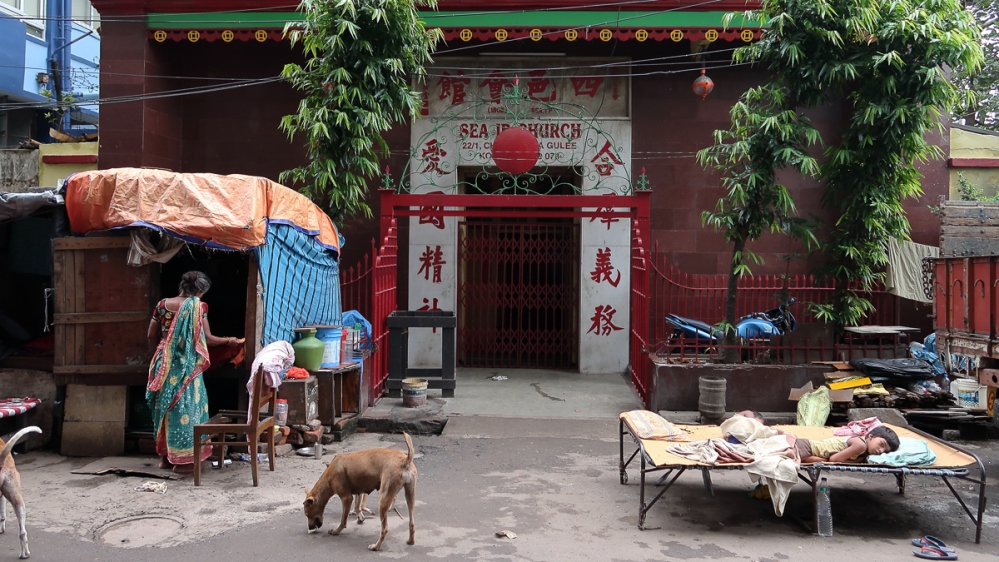 He became a court jeweller to the Nawab of Lucknow and is said to have been asked to value the Koh-i-Noor diamond. Soon, Jews from Iraq and Syria followed in his footsteps.

"The Jews of Kolkata knew how to interact and adjust, and they were always moving. They would go to Shanghai and Karachi, to a bar mitzvah in Rangoon or a wedding in Bombay," says Silliman.

Five synagogues were built in Kolkata, three of which remain today. Maghen David is the largest: it has stained glass windows and ornate floral pillars, once brought from Paris.

All three synagogues, by tradition, have Muslim caretakers.

"We are the third generation here. Our father only retired this winter, after having worked in the synagogue all his life," says Siraj Khan, who looks after the smaller Beth El synagogue with his brother. They sleep in rooms at the back, and go home occasionally to their families in the neighbouring state of Orissa.

Khan puts a white kippa on his head as he enters the synagogue, and offers each male visitor to do the same.

"There are no political issues like in the Middle East. And remember, the number of Muslims in South Asia is much larger than in the Arab world." 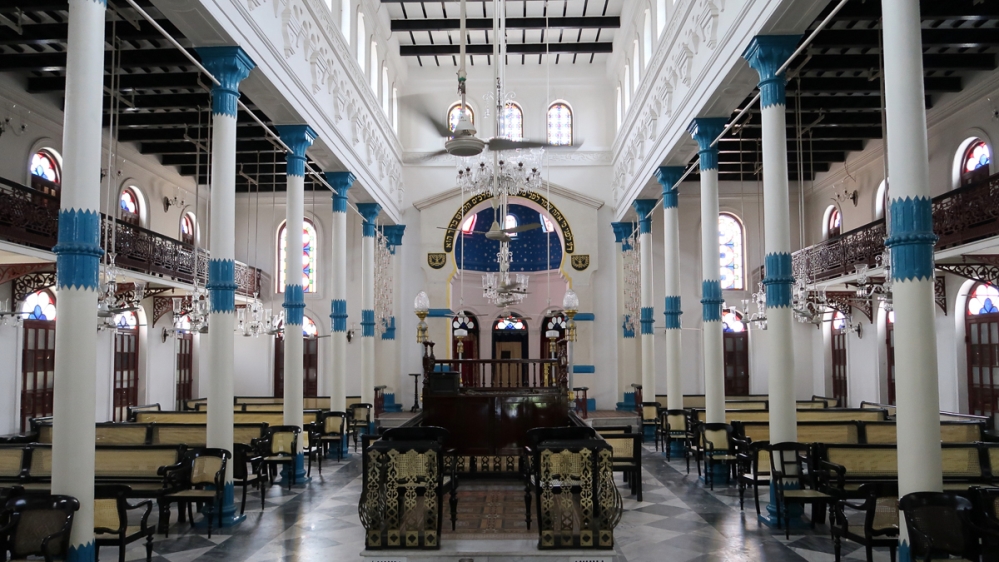 Nakhoda Masjid, an impressive mosque, is a short walk away from the modest synagogue.

It can fit 10,000 worshippers and spans an entire block; the streets outside are busy from morning to midnight, with vendors selling perfume, prayer mats and some of the city's best late-night snacks.

It was constructed as a replica of the Mughal emperor Akbar's tomb near Taj Mahal, with a bright red facade and intricate details adorning the interior walls.