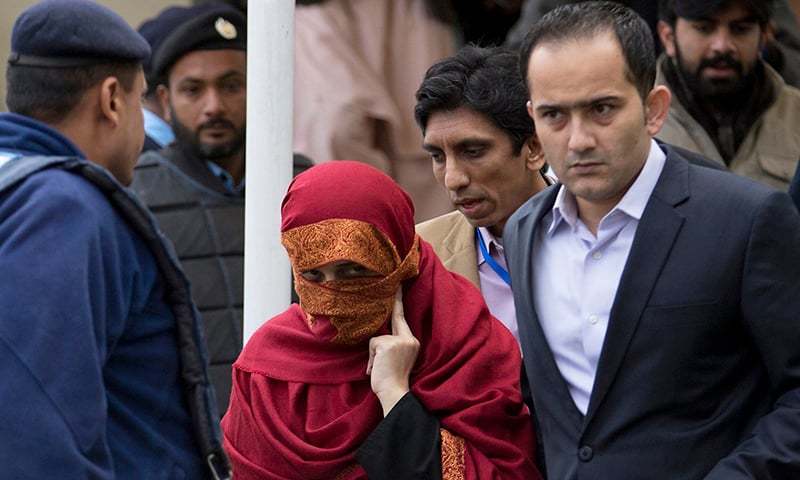 The Islamabad High Court (IHC) on Tuesday sentenced additional district and sessions judge (ADSJ) Raja Khurram Ali Khan and his wife to one year in prison in the Tayyaba torture case, which had captured the country's attention in late December 2016.

ADSJ Khan and his wife Maheen Zafar, who have also been handed a fine of Rs50,000 each, were accused of keeping the then 10-year-old child maid Tayyaba in wrongful confinement, burning her hand over a missing broom, beating her with a ladle, detaining her in a storeroom, and threatening her of "dire consequences".

Although the accused were acquitted of all other charges which the prosecution failed to prove, they were convicted under Section 328-A of the Pakistan Penal Code (PPC).

Under Section 328-A of PPC, "whoever willfully assaults, ill-treats, neglects, abandons or does an act of omission or commission, that results in or has, potential to harm or injure the child by causing physical or psychological injury to him shall be punished with imprisonment of either description for a term which shall not be less than one year and may extend up to three years, or with fine which shall not be less than twenty-five thousand rupees and may extend up to fifty-thousand rupees, or with both".

The court stated in its judgment that, "Raja Khurram Ali Khan being the head of the family and Mst. Maheen Zafar being responsible for the daily domestic affairs were jointly responsible for looking after and taking care of the child i.e. Tayyaba."

"The evidence [...] as tendered by the parties clearly shows that the accused persons neglected and/ or willfully harmed and abandoned Mst. Tayyaba Bibi which resulted in harm to her or had the potential of causing harm hence have committed the offence as charged and the prosecution has proved the same beyond shadow of doubt."

Justice Aamer Farooq of IHC had reserved the judgment of the case last month after the counsel for the state and the accused persons concluded their arguments.

The statements of a total of 19 prosecution witnesses were recorded during the course of the proceedings, including that of Tayyaba's parents.

Meanwhile, ADSJ Khan and his wife filed an application seeking suspension of their sentence under section 426 of the Criminal Procedure Code. The application requested bail for the couple, saying they will challenge the IHC verdict in the Supreme Court.

The court subsequently approved their bail application against surety bonds of Rs50,000. The convicts have been given seven days to appeal the verdict.

Khan, who was working as the ADSJ civil and district court division (East), was made an officer on special duty (OSD) by the IHC last year.

The case of Tayyaba, a young domestic worker at the home of ADSJ Khan and his wife Maheen, first came to light after photos of the tortured child began circulating on social media.

Tayyaba was rescued from their residence with visible wounds on December 28, 2016 and a first information report was filed against her employers a day later.

Khan reached a compromise with Tayyaba's parents on Jan 2, 2017, and a day later the child was handed over to her parents. On Jan 4, however, the apex court took suo motu notice of the matter, saying: "No 'agreements' can be reached in matters concerning fundamental human rights."