By Simon Holmes for Mailonline 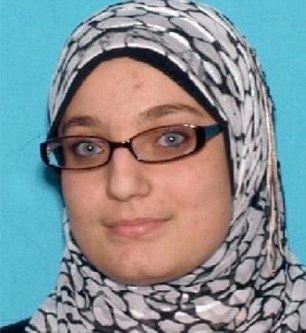 A high-school teacher who was jailed for performing sex acts on her underage pupils has blamed her strict religious upbringing for her crimes.

Linda Hardan, from Prospect Park in New Jersey, was jailed to three years in prison yesterday after sending scores of sexually explicit text messages to pupils, aged 14 to 16 years-old in 2014, and then engaging in sex acts with them.

Her defense lawyer, Alissa Hascup, said the Muslim woman was driven in part to commit the offences due to her strict religious upbringing, and suggested that she be treated by a therapist as oppose to serving time in prison.

Hardan, 22, had pleaded guilty in a deal with the Prosecutor's Office that had called for a five-year prison sentence.

However Passaic County Superior Court Judge Miguel de la Carrera found enough mitigating factors to depart from the plea deal and impose a three-year sentence on the substitute teacher acknowledging the impact of her formative years on her mental development.

'She had classmates and friends, but somehow, perhaps because of limitations on her dating life, she didn't find the proper outlet among males of her own age,' he said.

'She did not learn how to interact with guys her age,' the judge continued.

In one case Hardan, who taught at Manchester Regional High School, sent 40 selfies of herself 'in varying states of undress' to a 14-year-old then drove him to a waterfall and performed a sex act on him.

The prosecutor said the boy was 'so upset, so disgusted that he got out of the car and walked home' two miles away.

Another student, 16, was so traumatized by Hardan's actions that he dropped out of school and never returned, said prosecutor Gyselle Da Silva.

Hardan, who also admitted sexting another 16-year-old, wept quietly yesterday as relatives said she was 'the foundation, the rock' of her family and pleaded for her to be spared jail. 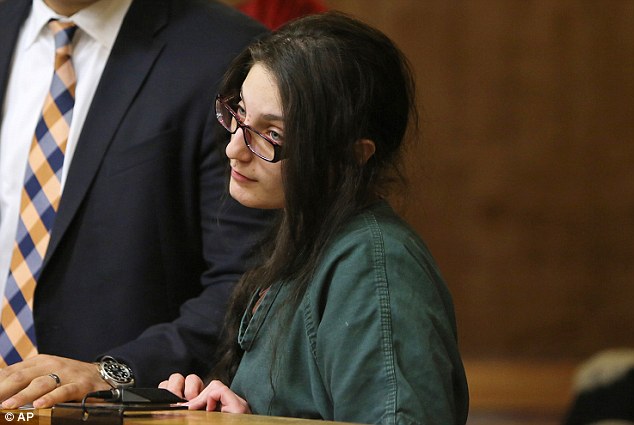 She will be eligible for parole after a year but will be under strict supervisory probation for the rest of her life, the judge said.

De la Carrera said his sentencing options were limited by statute. 'There might be a wish for the law to be more nuanced, a wish that the law might be different, but it's not,' he said.

The judge dismissed Hardan's request that her sentence be delayed until she finishes her studies at Passaic County Community College in May.