By Carol Zall for pri.org

I recently visited my old school, the Charles E. Smith Jewish Day School of Greater Washington, or JDS for short.

It's a K-12 pluralistic Jewish school in the DC suburbs; the "pluralistic" part means the kids there come from all walks of Jewish life — Orthodox, Reform, Conservative or no affiliation at all. I started at the school when I was in second grade.

All the kids at JDS learn Hebrew, but I was there to find out about the school's Arabic program. 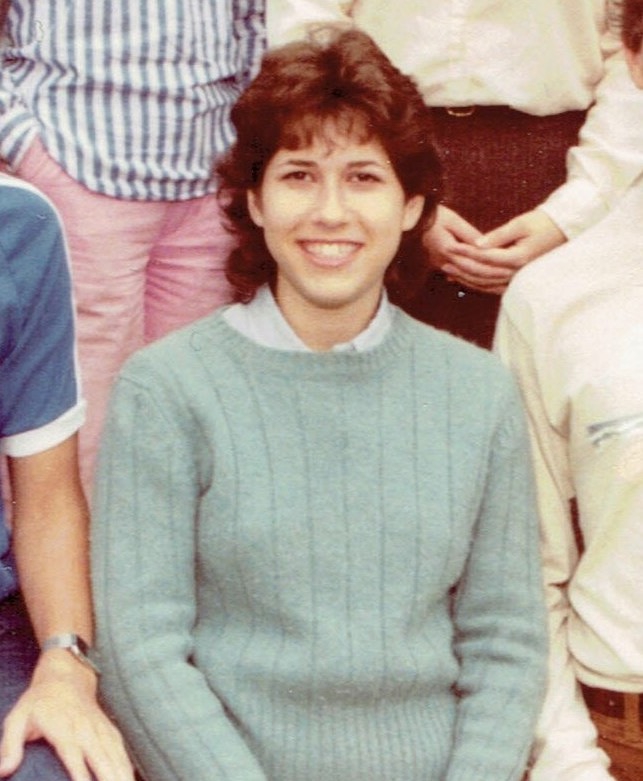 Carol Zall age 17. This is cropped from a group photo of 12th graders at the Charles E. Smith Jewish Day School of Greater Washington. Credit: Courtesy of Carol Zall

When I was in high school there, we had the option of studying French or Spanish, but for the past decade, Arabic has been offered. For the last three years, the Arabic teacher has been Hani Abo Awad, an Israeli Arab from Israel's Bedouin community. I wanted to meet him, and find out what it's been like for him — an Arab, a Muslim and a Bedouin — to teach at a Jewish American school in suburban Maryland. I also wanted to meet the kids who were studying with him, and find out more about why they'd opted to learn Arabic.

Abo Awad, who's 35, came to Washington, DC, as a graduate student in 2011. It was a big change for him. "Especially in DC," he says, "the multi-culture, the diversity, and the food. Oh my gosh, the food." He told me he'd never had Chinese, Jamaican or Mexican food. "For the first year, it was amazing, just to explore everything."

In 2013, Abo Awad started teaching at JDS. At first he just taught Arabic, but he now teaches Hebrew classes, too. As he and I strolled the halls of the school, kids came up to say hi, some in Arabic and some in Hebrew. "For me, it was normal to work in a Jewish school, with Jewish people — people who speak Hebrew, too," he told me. "I came from Israel so it's normal, nothing weird for me in this situation."

Still, he says, teaching in a Jewish school is not "just a job" for him. "I can teach anywhere, but here it's unique. ... I think I feel a responsibility to represent something."

Students at JDS choose to study Arabic for a number of reasons. For some, it's a heritage language. Eitan Cohen, a senior, says his mother's family came to the US from Syria, and he still has relatives who speak Arabic. "I wanted to make that cultural bond with my ancestors." 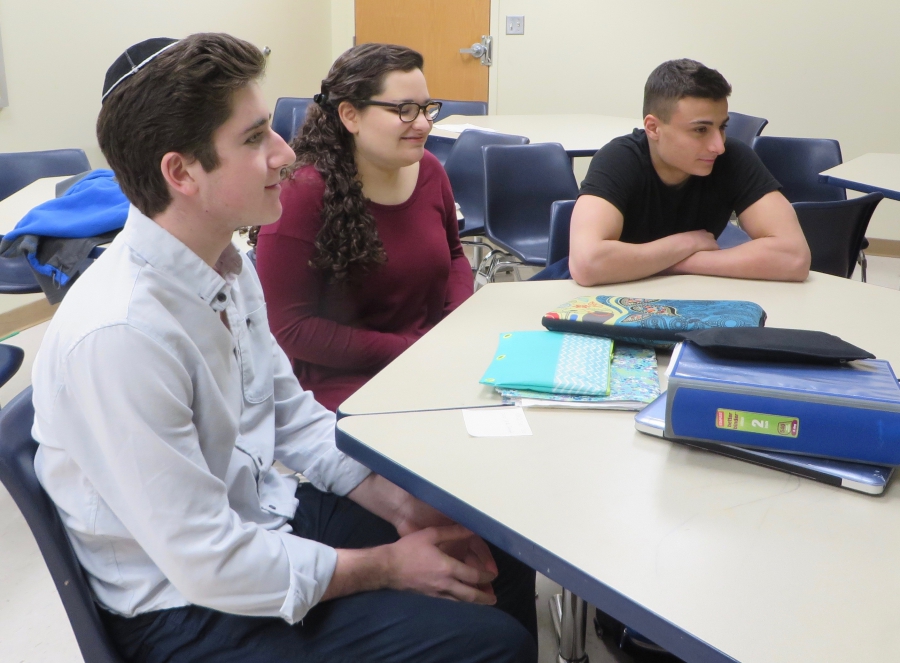 Daniel Levy, another senior, spends time in Israel every summer. He says that encountering Arabic there made him want to learn the language. "Just seeing that in Israel, the Arabs are our neighbors," he says. "I always thought it was crazy that while they do live next to us in Israel, I don't speak their language. And while most of them, the ones living in Israel, do speak Hebrew, I thought, if I'm ever going to connect with them in any way, I need to speak their language."