By Tariq Mehmood for the Guardian

Author Tariq Mehmood is from Pakistan but grew up in Northern England. His new book You’re Not Proper explores what it is to be a Muslim teenager in the west today.

My new novel, You’re Not Proper, is set in the context of the “war on terror”. This was the name given to ongoing military campaigns, by Britain and the US, following the attacks on the Twin Towers on September 11 2001 – against those they defined as terrorists. Some of the characters in my book were born during the “war on terror” and don’t know life before it.

Just because war is a backdrop of a story, doesn’t mean it has to be about bombs and bullets. It can also be about butties and beer, as is the case with Kiran, my main character’s dad.

Just because you are looking for a religious identity, doesn’t mean your story has to be about burqas and beards, it can just as easily be a search for inner peace, pride and a desire for dignity.

My novel deals with young people, who happen to be Muslim in the west, searching for meaning, an identity and a sense of belonging. This becomes all the more difficult if hardly a day passes when, somewhere in the mass media, there isn’t an equation of Islam with terrorism. Like my characters, I too feel a great sense of injustice in the world around me and like them I search for a sense of belonging and meaning.

I am from Pakistan and Kashmir, and grew up Northern England. I have lived through and fought against various waves of racism in Britain, but the current Islamphobic one, the new racism, is far more insidious and divisive than those which preceded it. That is why I wanted to explore this theme in my new novel.

When I was younger, one of my Kashmiri friends told me that he had looked at himself in the mirror for 17 years before he realised he wasn’t white. What I didn’t come across was any of my white friends having an identity crises like us. I realised at an early age, that in these crisis of black and white, there was a question of power. For me this meant, I couldn’t be white, I had to be black. But I didn’t have to be just be one thing.

I was at once black, British, Pakistani, Kashmiri, Asian, Muslim – but not a good one according to my daughter who inspired me to write You’re Not Proper. She couldn’t work out why in Pakistan I would be defending Christians and why in England it was Muslims. I tried to explain that in Pakistan, Christians are discriminated against and brutalised and in Britain Muslims are subjected to racism. And as I was one… 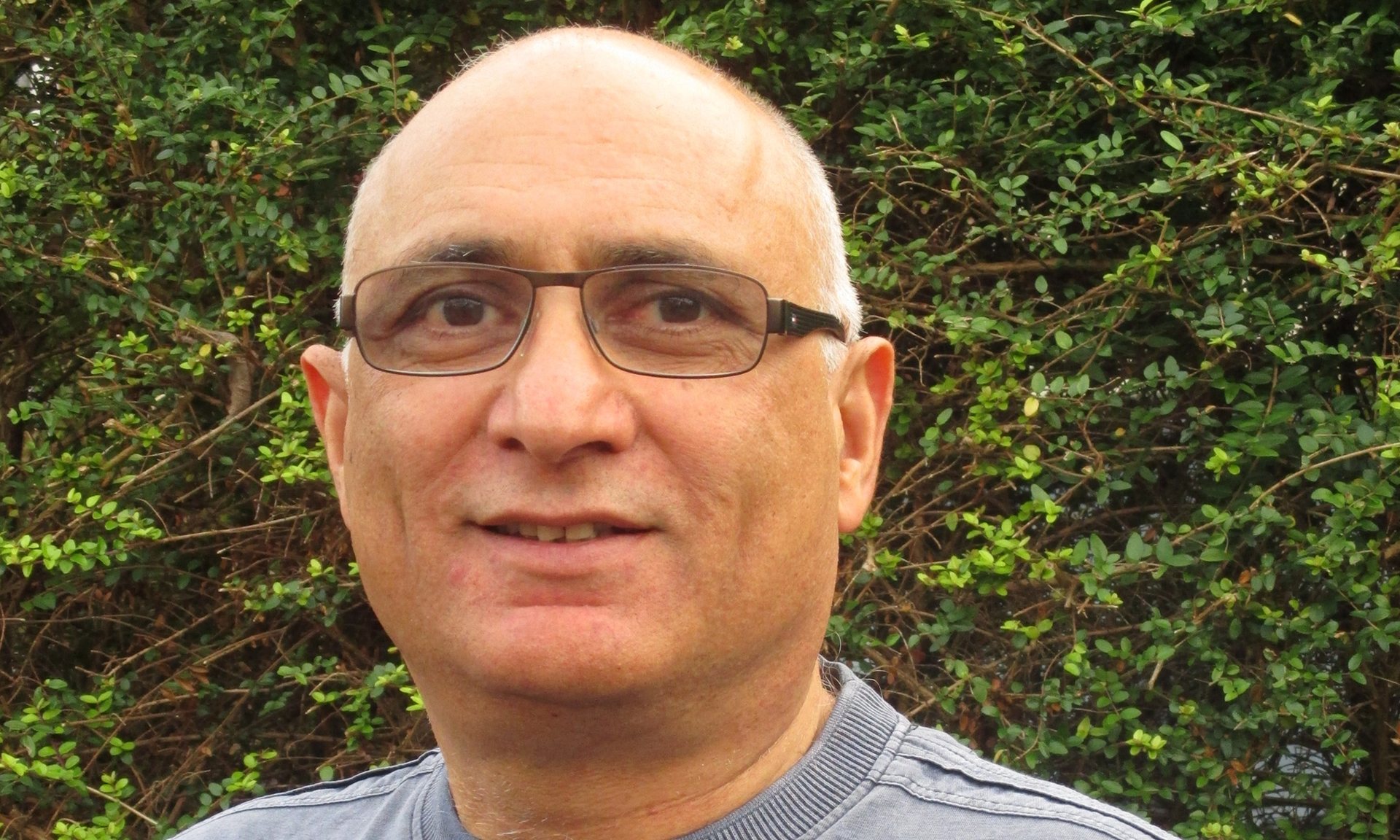 Tariq Mehmood: Just because war is a backdrop of a story, doesn’t mean it has to be about bombs and bullets. It can also be about butties and beer. Photograph: PR

“But you never go to the mosque,” my daughter interrupted.

“Yeh, but only when someone dies,” she sniggered.

Whatever else my daughter might have been trying to say to me, she was certainly trying to work out where she fitted into this complex and contradictory world. When we are young, it is easy to get confused about political issues, especially when they are painted in religious colours.

Since the publication of my novel You’re Not Proper, I have been asked by a number of reviewers and numerous people, given that I have written a book about two teenage Muslim girls, what do I think about the three British girls who went off to Syria to join ISIS earlier this year? 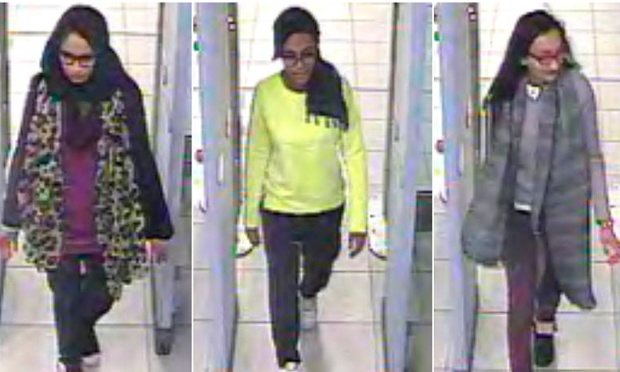 British teenage girls Shamima Begun, Amira Abase and Kadiza Sultana (L-R) walk through security at Gatwick airport before they boarded a flight to Turkey in February this year, on their way to Syria to join ISIS. Photograph: /Reuters

I think they should not have gone, but people, especially teenagers, can have simplistic ideas about their own beliefs. It is precisely because the world is so complex that I try to find some sense in the world of fiction. At times I want to escape from all the real turmoil around me, and other times, I want to swim in its deepest depths. But in all cases, and from all stories, I find something that helps me find a little bit more of humanity.

A few years back I read Holes, by Louis Sachar and loved being dragged into the world of this novel and having the door of the book slammed shut behind me, the only way out was from the other end of the story. When I read Lord of the Ringsthe first time, I was so terrified when they went into the mountain, that I would stop reading just to make sure I was alone. But it was in Robert Tressel’s The Ragged Trousered Philanthropists, where I saw some of the dreams that I was beginning to dream, of the need for a more just world. And it was in Richard Wright’s, Native Son, I began to see some of echoes of the racism I saw in my own existence in Britain. But in this country when I was growing up, I was all but fictionally invisible. And so I wrote the stories of my friends.

Whilst over the years more and more books have been published by black authors, but when my children became teenagers, I realised that their fictional world was still mainly white. They have a Pakistani father of Kashmiri ancestry, Indian and English grandparents. Why should they have to choose one over the other – it can’t be done. They’re not proper this, that, or the other, but they are perfectly proper for me. 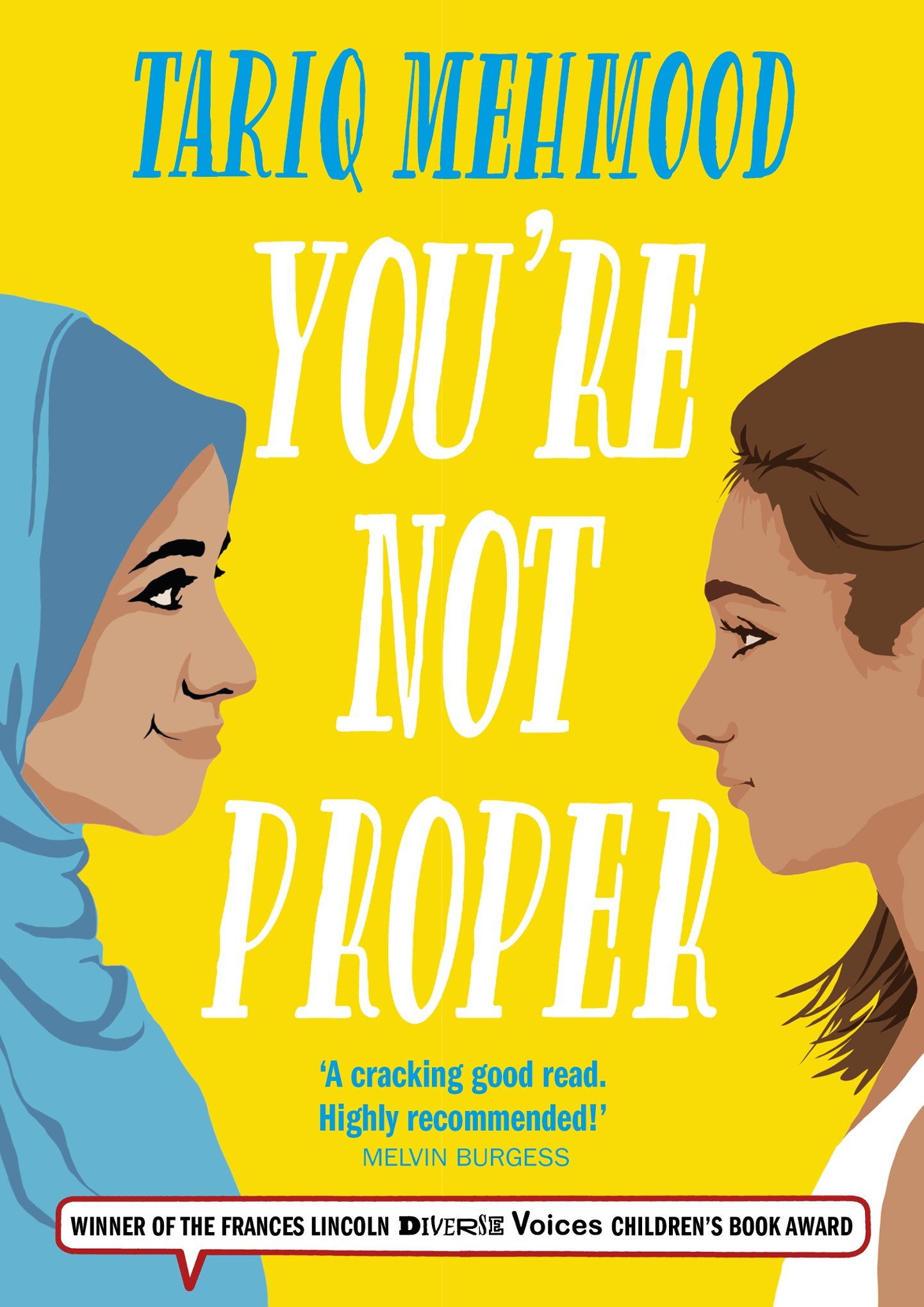 Tariq Mehmood’s You’re Not Proper, published by HopeRoad, is available from the Guardian bookshop.