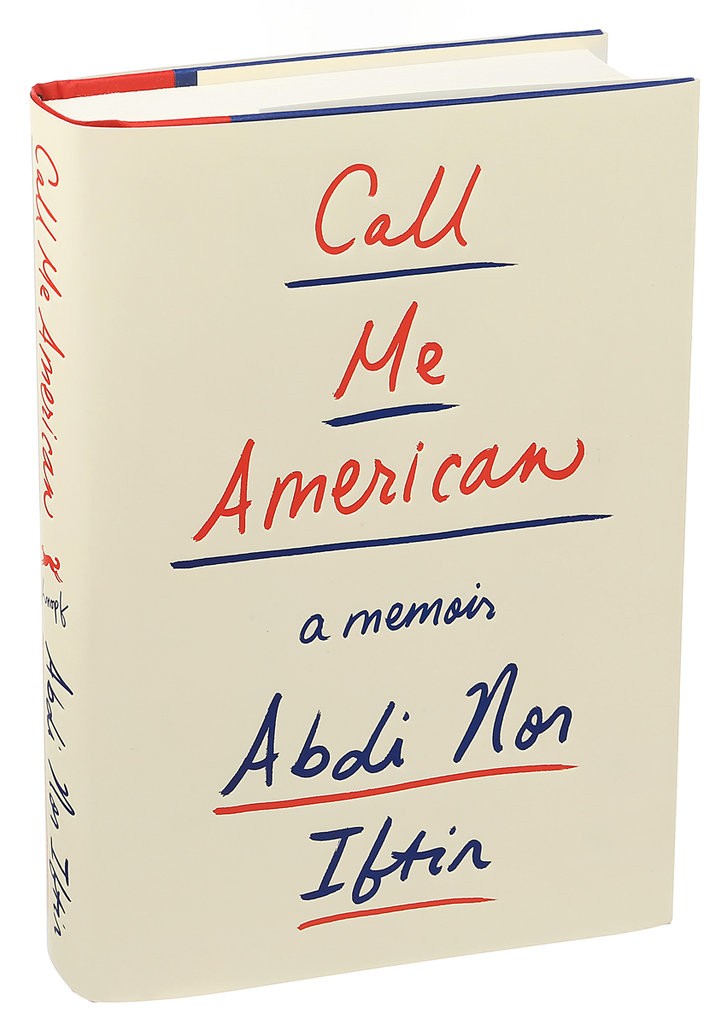 Abdi Nor Iftin was 6 years old when civil war broke out in Somalia, his home country. Violence and uncertainty became constants in his life. Another constant was Mr. Iftin’s obsession with American culture. He taught himself English by repeatedly watching action movies like “Rambo” and “Commando.” Eventually, he defied the odds to win the diversity visa lottery, which admits immigrants to the United States from countries that do not send many people here. It’s a program that President Trump wants to end. In “Call Me American,” Mr. Iftin details his harrowing childhood in Somalia, his escape to Kenya and his ultimate move to America. He now lives in Portland, Me., where he works as a translator for other Somali immigrants. Below, he talks about the trauma of revisiting his memories, how his book — and his thoughts about the United States — changed after Trump’s election and more.

When did you first get the idea to write this book?

I realized there was a lot of media interest in my story after I won the U.S. green card lottery when I was still in Kenya. But the idea of turning it into a real book came after an interview I did with “This American Life” in 2015, just a few months after I came to the United States. When it aired, people were so touched and wanted to know more.

I was excited for many reasons. I realized I was in America, which is a country that has so many bookstores, so many libraries, and people who are craving to read books and stories, and specifically stories that are unheard. People have not heard a lot about Somali life outside of TV and movies like “Black Hawk Down” and “Captain Phillips.”

What’s the most surprising thing you learned while writing it?

It was not easy. It was really, really difficult. Even though I was in Maine when I started writing the book in 2015, it was hard to go to bed at night after talking with my mother for the book. She was the last person I talked to every night, realizing that she is still living on the same street in Mogadishu where I was almost killed many times as a child, and where I was almost recruited by Islamists as a teenager. I would call my family when I wanted to ask a question, and at times it was so hard because we could not hear each other because of the bullets raining. And we would wait an hour to try again. And that one hour to me felt like a year.

I would take a week off. I would not be able to drive a car, because my whole body was shaking. At some point, writing the book was just taking me back to those specific days, specific memories. But I’d go to the gym or run or do something to take those memories away.

I had a very good memory of the things that I wanted to write, because in Somalia every day is an eventful day. I remember when Mom and I would sit on top of this grave at night, and we’d wake up and see the freshly buried bodies sticking out. How can you ever not remember those memories? But the days when I wrote about being 5 or 6 years old, I had to depend on her vivid memories to help me describe those days.

I started this as a book of love and respect for America, because I hope to live in peace, prosperity and freedom in the United States. But I never thought I would end my book with this American president. I saw America completely differently at the time, compared to today. When Trump became president, my book wasn’t out yet. I felt the current U.S. administration had betrayed the American dream by banning Somalis and Muslims from coming to this country. I added something about the election, and my frustration and anger about what happened on Nov. 8, 2016. I woke up the day after and I was looking through the window, and I told work that I couldn’t come in because I was afraid people would come and deport us. I have a green card, but I didn’t know what that would mean under President Trump.

Most of the chapters in my book are about a fundamental human desire for survival. There’s nothing I can change about that, because that’s my story. But I changed my perception of America, a little bit, after the election. I haven’t been here long enough to understand the division in this country. But when Trump came, I saw it. I don’t sleep at night feeling 100 percent safe the way I did before the ban.