A new vigilante superhero is defying the genre. Emara doesn't wear spandex, skintight leather or masks -- instead, she dons a hijab.

The first homegrown female Emirati superhero, Emara is gaining attention around the world. By day, she's a typical teenage girl named Moza. By night, her fearless alter ego fights crime on the teeming streets of the United Arab Emirates.
Abu Dhabi-based Fatma Almheiri was just 21 when she created the mini-series on YouTube in 2016. "Emara" now boasts over 75,000 subscribers.
Almheiri says that throughout her childhood she couldn't relate to the characters she saw on television. "Emara is the superhero I wanted growing up, that I didn't get to have. This is me putting it out to the younger generation."
Although Almheiri does not wear a headscarf, Emara -- and some of the show's other characters -- do. "I wanted Emara to dress modestly because ... there are no hijabi main characters [in the superhero world]," says Almheiri. 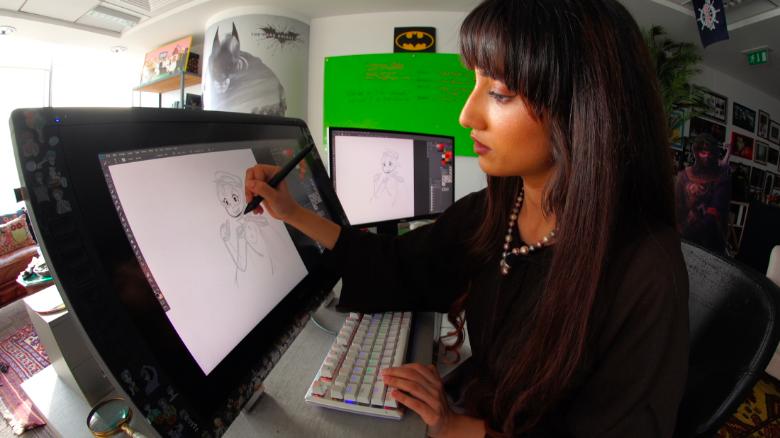 Fatma Almheiri at work.
Emara joins two female Muslim superheroes -- Latifa, from Saudi Arabia, and Ms. Marvel, a Pakistani American -- to challenge negative stereotypes.
Almheiri decided to create her own supergirl while in the United States, where she encountered many false assumptions about Muslim-Arab women. She was frequently asked why she wasn't wearing the niqab (a veil that covers the entire face, except for the eyes) and would explain that although some women choose to express themselves in this way, it is not required by law.
"I think the rest of the world needs to see proper representations of us [Arabs] because ... there's a big percentage of them that completely misunderstand us or our culture," she says. "I can't blame them because we're not really in their media. We're not in their cartoons."
Almheiri's aim is to create interesting stories that subtly highlight aspects of Emirati culture, peopled by dynamic characters with Islamic and Arab attributes.
"There are little bits and pieces of how life is here [in the UAE] and it's chill. It's not how they think it is which is, that ... everybody has to be in a niqab. You're not allowed to leave your house. You can't drive." 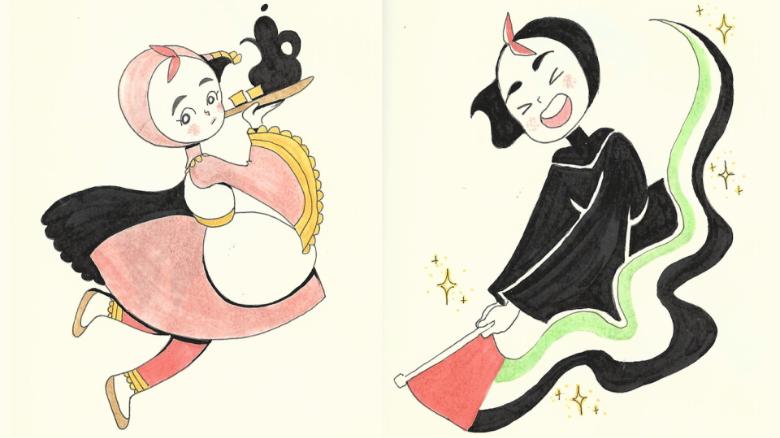