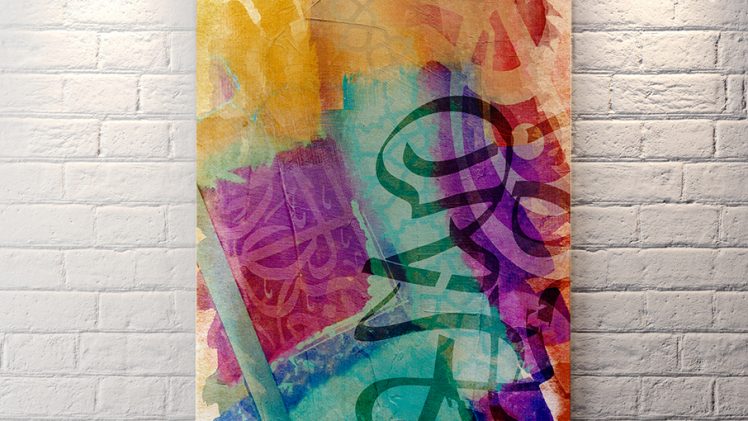 There are multiple types of arts, and each and every has its own purpose. Whether it is a humanism picture that should have a deep and moral meaning or it is a Pop-Art figure, all are beautiful and have their target audience. And among one of the most popular types of arts out there, especially out in the Middle East is the Islamic Canvas Art.

Now, Islamic Canvas Art is usually a handwritten quote of Qur’an, done by the best calligraphymasters out there. Islamic calligraphy is indeed an artistic practice mixing Arabic, Ottoman, and Persian designs, based on the same alphabet. It turns out into an indeed beautiful art piece when the right calligrapher gets his hands on the canvas. It takes years of practice, and it is something that is transferred from one generation to another. As mentioned above, Islamic calligraphy arts usually do have a strong connection to the Muslim religious quotes and principles, and that is why it is one of the most favorite pieces to have in one’s home. It is said that it brings good luck and a clear mind. Let’s take a look at the Islamic calligraphy techniques and some of the best Islamic Canvas Art pieces out there!

An Islamic calligrapher’s main instrument is a pen – the thing that Muslims think God created first, and it is called qalam usually made out of dried bamboo. The ink that it is dipped in before the handwriting is usually in color, and the thickness of it can vary depending on what is the purpose. The three main styles are:

Best Pieces Of Islamic Canvas Art Out There

There are multiple websites to buy Islamic Canvas Art at, and Best Buy Art is one of the best out there. With tons of hard-working calligraphy artists selling their well-done work that will fit your wall just right it is hard to pick. It shows all the strength of Islamic Canvas Art and the impact the calligraphy has on the Muslim society in general. From the beautiful Bismillah Canvas Art to the 12 shading documented framework, all look fantastic. A lot of hard work and time was put into this, as calligraphy demands the same.