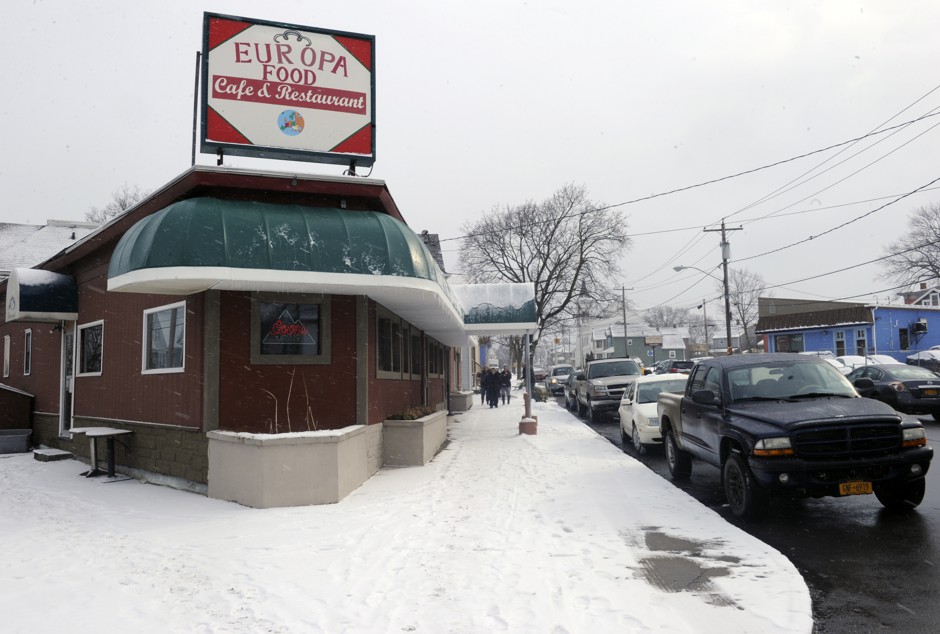 In the cities where the most refugees per capita were settled since 2005, the newcomers helped stem or reverse population loss.

Mahira Patkovich was eight years old in 1997 when her family left Bosnia. After a long and complicated war, Muslim families like hers had found themselves without jobs, food, and any semblance of safety. So they sought refuge in America.

The first year in their new home in Utica, New York, Patkovich felt uprooted—torn from her childhood and everything she knew, and thrust into an alien environment. She knew no one and didn’t speak English. But as time went by, she began to acclimate.

“The next thing you know, you’re home,”she says in a recent mini-documentary by New American Economy, a bipartisan immigration reform group, and Off Ramp Films. “This is home.”

Patkovich, the film shows, is now thriving. She works at the office of the Oneida County Executive, owns a small business, and is on her way to a master’s degree. She is also pregnant, and excited to raise her first-born in a community she loves.

Utica—it’s clear—saved Patkovich and her family. But the truth is: They’re helping to save this town as well. Like many Rust Belt cities, Utica suffered enormously in the second part of the 20th century, losing jobs and bleeding out residents as major employers like General Electric and Lockheed Martin shuttered or left the Mohawk Valley.

Adam Bedient, director of photography and editor at Off Ramp Films grew up in the nearby town of Clinton in the 1980s and ’90s. He wasn’t tracking Utica’s trajectory too closely then, in part, because not much was happening there. What he remembers of Utica in that era is a typical fading factory town, a place where shuttered storefronts and exposed bricks belied neglect. “Foundationally, there were beautiful things there, they just didn’t look cared for,” he says.

Now, he’s working on a full-length feature about the refugee communities in Utica, and when he drives through town, he finds it simmering with new life. Old buildings are getting refurbished. Construction cranes bob up and down. And at the center of town is a long-vacant historic Methodist church that has been renovated and converted into a beautiful mosque—a symbol of the new Utica.