The policy of reconstruction initiated by the USSR Secretary General Mikhail Gorbachev in 1987, resulted in the collapse of the empire, rather than the modernization of the empire. In Russia, some politicians still cannot forgive the fall of the empire, which is considered one of the major geopolitical events of the XX century. It is no accident that in his interview given to the press, Russian Prime Minister Vladimir Putin considered the collapse of the USSR as "a tragedy of the XX century" and it is still indicative of imperial thinking in Russia. No matter what they think or say, the empire is in the archives of history.

The collapse of the USSR had a serious impact on the united states and political processes in the region. In particular, a new economic system could not replace the old one. The decentralization tendencies in the region were intensified and the decisions of the Kremlin began to lose their influence. In short, neither the USSR was ready for democratic changes, nor the ruling party was ready to come to the new system. In this case, the reforms exacerbated the crisis in the empire. In a way, the reforms deepened the crisis of the empire and resulted in its collapse.

In this case, Azerbaijan which was a part of the USSR, could not stay out of the process. The collapse of the USSR created fertile conditions for Azerbaijan who had been in captivity for 70 years and wanted to get rid of the empire. Because the intellectuals thinking about the future of the country, understood that such a course of the USSR would not last long.

Beginning from the end of the 1980s, independence and the idea of ​​independence and sovereignty revitalized the political and social environment of the country and laid the foundations for independent scientific clubs in universities. The main objective was to get serious discussions through these clubs and clarify how the process would end. In addition, clubs have subsequently become the center of the conversations covering national thinking rather than scientific discussions. The aim was to prepare the community for future events, thus enabling society to achieve independence. It is not accidental that the main potential force of the Azerbaijan Popular Front, the vanguard of the Azerbaijan National Liberation Movement, was the activists of such clubs. Simply a spark was needed to generate the potential force.

Such spark, events committed by Armenians in Mountainous Garabagh and the subsequent deportation of Azerbaijani Turks living in West Azerbaijan and, moreover, deforestation of Topkhak forest in Garabagh caused the ignition of the events. It shall be noted that Topkhana forest rallies began to move to the national level when no one expected it.

It is true that opinions on independence cannot be tied to the events of 1988. Still, in 1944 Ismikhan Rahimov, Gulhuseyn Huseynoglu and other intellectuals created an organization called "Lightning" and wanted to promote secretly the independence of Azerbaijan. Their decipherment resulted in the deportation of members of the organization to Siberia. Nevertheless, ideas about independence have been secretly promoted from time to time. Then the re-emergence of the idea of ​​independence of Azerbaijan or the formation of national thought is closely connected with the years of study of the late president, the leader of the national liberation movement Abulfaz Elchibey at Baku State University. At that time Elchibey advocated that Azerbaijan would be an independent state and carried out extensive efforts to promote national thoughts. 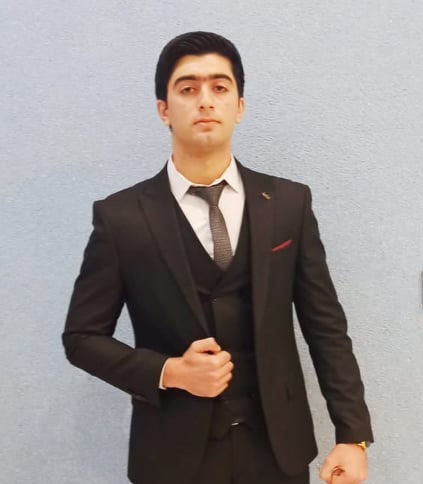 The author is a student of Western Caspian University Azerbaijan. He is currently a researcher of Political Sciences