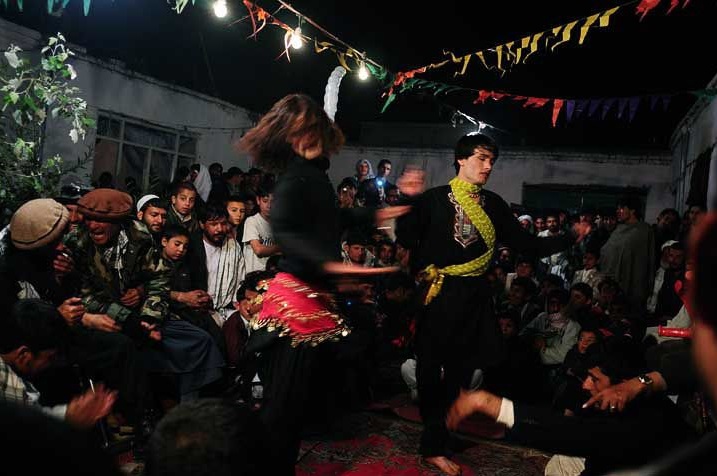 Walkley Award-winning photojournalist Barat Ali Batoor had to flee his home country after his series The Dancing Boys of Afghanistan shined a light on a dirty exploitive practice known as Bacha Baazi.

Batoor, whose own hazardous journey to Australia was documented with the series Flight to Freedom, which won him a Walkley Award, had to escape his home country after The Dancing Boys of Afghanistan series was published by The Washington Post in 2012.

Reflecting on the photographs, Batoor knew how dangerous shooting this series would be, as he exposed a tradition of powerful men – including war lords – who kept boys to dress as women and dance at parties. This practice is known as Bacha Baazi and the boys are called Bacha Bereesh (boys without beards).

“I was very cautious because I knew the consequences could be very bad at that time when I was working on it, fortunately I completed the project without any big trouble,” Batoor says.

The boys are sometimes abused and are often passed around. They turn to drugs to escape their pain. It took Batoor seven months to gain access and document their lives. Despite being aware of the consequences, the photographer felt it was his duty to highlight this exploitation.

“I knew that no one else had worked on this subject, these boys were very vulnerable and were exploited by these people. That was the only motive for me: to be a voice for these vulnerable children; to tell the story that nobody was daring to do and I was willing to do that. As a photojournalist you have to take risks.”

His series, which is part of Shimmer Photographic Bienniale at the Onkaparinga Gallery until Sunday, October 16, is a painful and sobering photo essay. It shows the boys’ pain and how they escaped this through the use of drugs, such as opium. Batoor says the dancing boys are a dirty secret, which nobody wants to address in Afghanistan.

“People talked about it in their daily lives, they knew about it but they didn’t talk about in a way to address this as an issue to be solved. They were afraid they couldn’t do that.”

The series was first shown as a low-key Afghanistan exhibition in 2010 before The Washington Post ran the photos in 2012. After this, Batoor had to flee his home country.

“We did the exhibition in 2010, we had a good crowd but it was selective,” he says. “It didn’t get much publicity in the media. In 2012, when I was approached by The Washington Post, they did an interview with me and they asked to publish my photos, it was then when the thing started. After all the threats and everything, I had no other choice but to leave, otherwise the consequences were huge.”