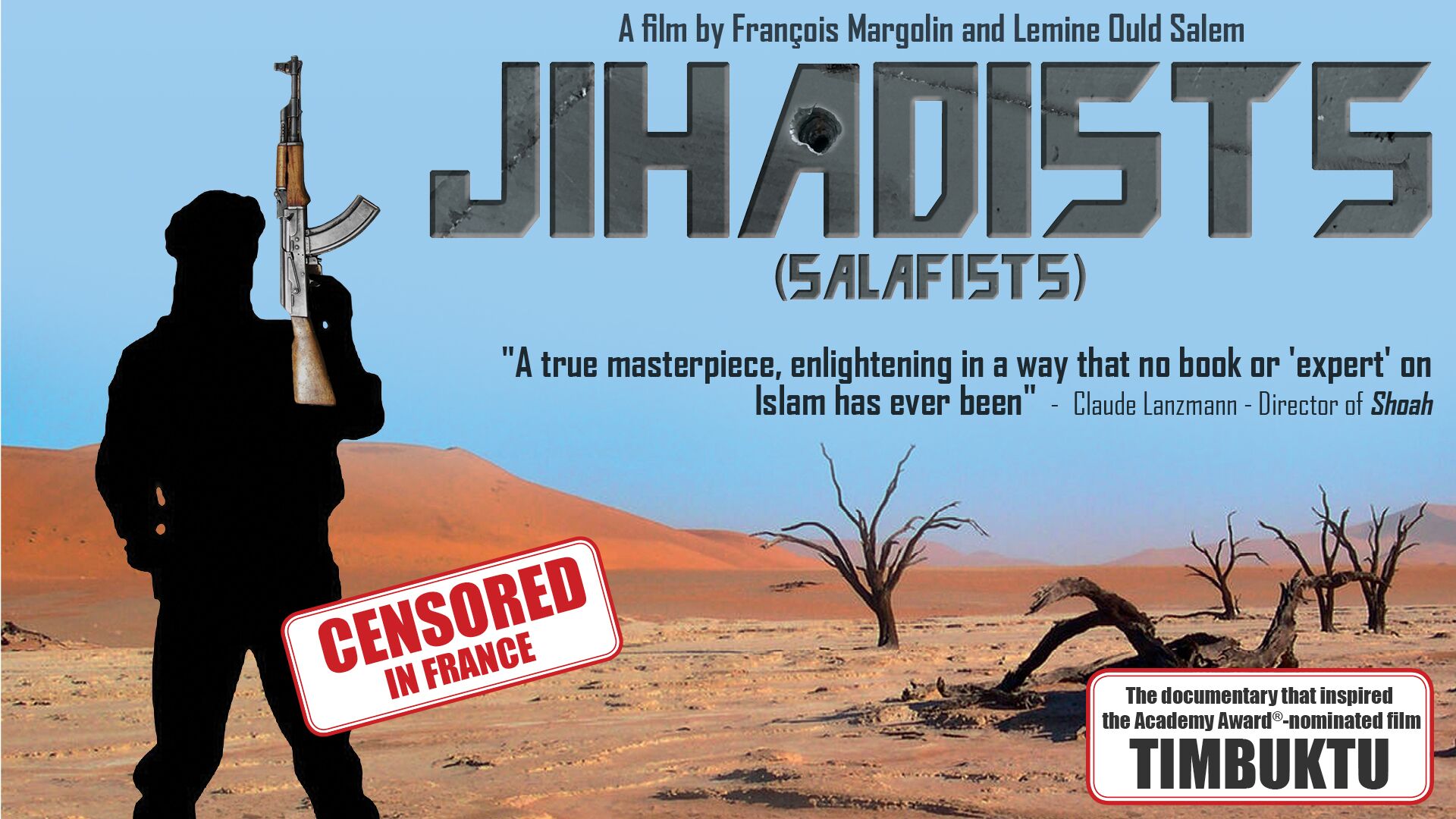 The documentary ‘Jihadists’, which ran recently at Cinema Village in New York City and the Laemmle’s Music Hall theater in Los Angeles, is violent and shocking at times.

The documentary, by French filmmaker François Margolin and Mauritanian journalist Lemine Ould Salem, opens with a shooting of a small lone animal running for its life in a desert.

From there, we are confronted with an array of other violent images stitched together, among them: A man whose right hand is cut off for stealing, while another footage shows a man being thrown off a high building, his head and body shattering into pieces as he falls to the ground. His crime? Homosexuality.

“Our idea was not to shock but to tell the truth,” director François Margolin says in an interview over email. “I think that if the documentary is shocking, it's more because of the words of the people than because of the images that we used,” Margolin explains, defending his documentary.

There is, for example, a clip showing a jihadist saying that homosexuals are sinners in the eyes of God. In another clip, another jihadist explains that women are not and cannot be equal to men due to their “emotional nature”.

The documentary takes viewers into Jihadi-controlled territories and interviewed some of the most radical and most-wanted Islamic extremists such as Omar Ould Hamaha ‘Red Beard’ of the Belmokhtar group, and Sanda Ould Bounamama of Ansar Dine, both in Mali. The documentary inspired the Oscar-nominated feature ‘Timbuktu.’

‘Jihad’ is Arabic for ‘struggle’. Devout Muslims see it as a spiritual command to struggle against sin. Terrorists, however, take a hostile approach: They inflict violence on those whom they feel do not toe their extremist version of Islam, and the victims are usually women, gays, atheists and people of other faiths. For terrorists, this kind of violence is “ordained” by God.

We may remember, for example, the terror attack on the satirical French newspaper Charlie Hebdo in January 2015, where a branch of Al-Qaeda murdered 12 people and injured 11, accusing the publication of disrespect for publishing a satirical cartoon on Prophet Mohammed.

Margolin wants to drive home the message that Islamic terrorism is deliberate, organised and systematic. He drew on his personal encounters with terrorists themselves to create this documentary.

“The officials are saying that terrorists are fools, crazy, or ‘a lone wolf,’ and I don’t think that’s true,” Margolin says, adding that he has known Salafists – an extremist group of Sunni Muslims – for 25 years. He has met them in Egypt and also in Afghanistan during the rule of the Taliban.

“It was important for me to spend a lot of time in the Islamic world, like recently in Iraq for the battle of Mosul, to show to the audience what types of conflict, what types of violence are happening in this world,” he says.

Making the documentary was sort of a personal mission for Margolin. He has family members who died in Nazi concentration camps and therefore doesn’t want history to repeat itself.

The documentary – originally titled ‘Salafistes’ – was first banned upon its release in France in 2016, due to the sensitive political climate surrounding the attack on Charlie Hebdo. The last time France banned a documentary – which was about the murder of Algerians by the French police during the Algerian war - was 60 years ago.

After much public petitioning, the French culture minister reversed the ban on ‘Jihadists’ and instead, put an 18+ age guideline. The documentary was well received by the French public.  They were grappling to understand the motive of not only the terror attacks on Charlie Hebdo, but also of the November 2015 attacks at the Bataclan theatre in Paris and the 2016 attack in Nice (where an Islamic terrorist deliberately rammed a 9-tonne cargo truck into crowds of people celebrating Bastille Day).

The film is not without flaws: The original version was criticized for lacking “contextualization.” However, this has been addressed with new footage added in the U.S. copy. The new cut includes Margolin sharing his own views, which appears in the first, middle and the end of the documentary.

Watch the trailer here and visit the website here.