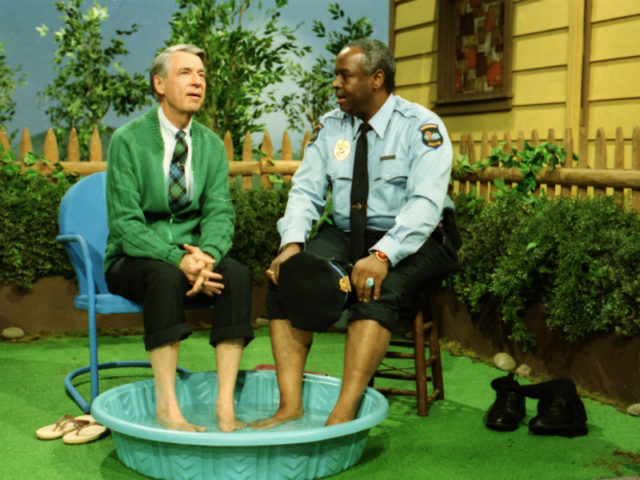 Growing up in the ’60s and ’70s, my earliest memories included time spent watching TV shows, from The Brady Bunch to Sesame Street. The long-standing PBS children’s show, Mister Rogers’ Neighborhood, seemed old-fashioned and corny by comparison, but surprisingly, every word of its theme song came back to me at a recent screening of Won’t You Be My Neighbor?. The powerful documentary examines the unique life and work of Fred Rogers – producer, writer and host of the show, as well as composer of its music and ordained minister. As the story unfolds, it becomes apparent that Jewish concepts serve as underlying themes in this extraordinary man’s influential life and work.

A fierce and passionate advocate for public television, Rogers was relentless in his vision and often prescient in his views. A deeply religious man, his life was devoted to using his creativity and talent to bring an educational message of brotherly love and understanding to his young audience. Disturbed by what he saw as the soulless commercialization of early children’s programming, he crafted an imaginary kingdom of trolleys, people and puppets for which he provided all the voices, as well as the music. This seemingly innocent and quaint world became a forum and safe space for discussing all manner of tough topics of the day – racism, disability, the Vietnam war, even the assassination of Robert Kennedy – in a clear, compassionate and gentle way. During a time of civil unrest when African Americans were barred from public swimming pools in some Caucasian neighbourhoods, Mr. Rogers invites African American police officer Clemmons to join him in soaking his feet in a tub of cool water on a hot day. A disabled boy in a wheelchair is invited as a special guest who joins the host in a song about tolerance and self-acceptance. These demonstrations of love and compassion go on to positively affect the participants and their families for the rest of their lives, as well as generations of viewers.

Twenty years after the Holocaust, humanism was an important theme for Rogers, a true pioneer and giant in his field who remained a fixture on television until his untimely death in 2003. But if we look deeper, we see that for Rogers the first step to tolerance of others is self-acceptance, and he uses his own life as a model for others to follow. A difficult childhood is alluded to in the film, while his study and performance of music is revealed to be both a sanctuary and tool to reach his audience. His emphasis on self-acceptance brings to mind that most famous quote of Hillel the Elder