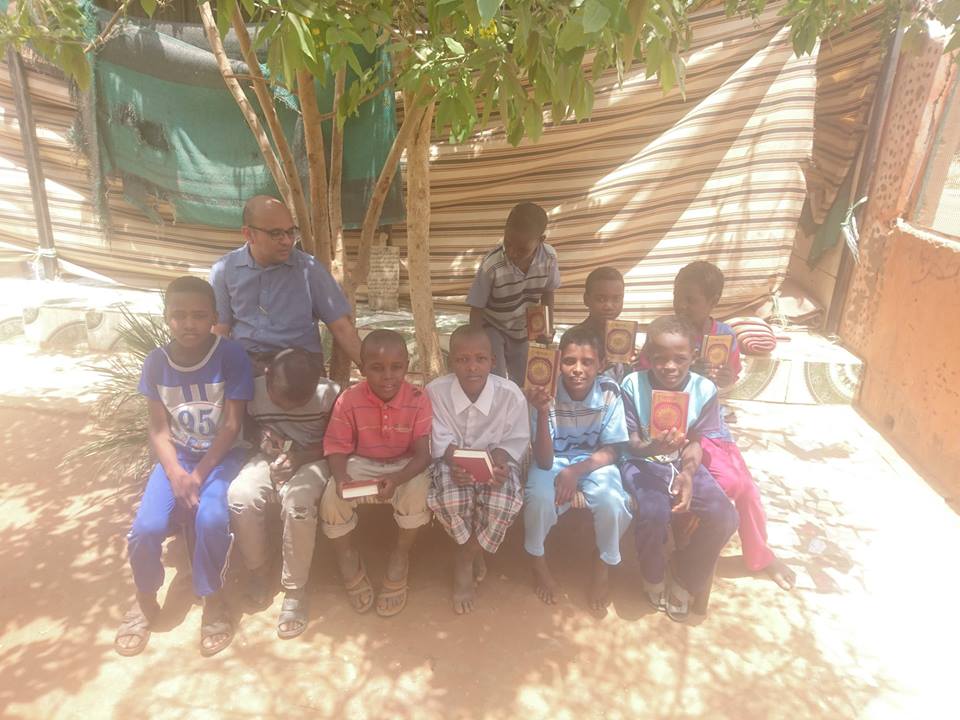 “This is no place for teaching and learning.”

That was my first impression when I visited a khalwa early this year. A religious school is known as a khalwa in the Sudanese dialect of Arabic. It is a school for those who wish to memorize the Qur’an and is common in Sudan.

These khalwas are self-funded and run on donation from the public. The students who attend these khalwas are normally from poor families who are not able to provide proper education for their children. They usually come from conflict zones in Sudan such as Dafur, Blue Nile state and South Kordofan.

The only avenue for some of the children to have an education is to be sent away to these khalwas. Given their economic status, these children are sent with barely anything, except for a few pieces of jalabiya (traditional garment worn by men in Sudan) and a few Sudanese pounds. They do not return to visit their families for years and some do not return at all after completing their education. Some may become imams (religious leaders) at mosques, Qur’an teachers, while some continue to find low paying jobs befitting their level of education.

This particular khalwa which goes by the name of As Syakirin at Abu Hamama, in As Shajara locality in Khartoum was certainly in a sad shape. Given my travels around the country and visits to a number of at various states in Sudan, this particular school was certainly disheartening. There is no proper dormitory, kitchen, dining area, study area as well as proper sanitation facility. How can such a place exist in the capital of Sudan, Khartoum? The khalwa was not far from the city center. It was certainly disheartening to see the students who were present at the khalwa, ranging from 6 to 15 years old clothed in run down jalabiyahs.

Nonetheless, the dire need of the school had already caught the attention of my colleagues and me after we visited he school early this year. We then embarked on a donation drive and began designing the school building. While waiting for the building plans to be approved and the necessary legal process to be completed, we realized that the teachers and students required assistance, i.e. the basic necessary supplies of food as well as teaching materials including proper copies of the Qur’an. With the help of fellow Malaysians, we were able to gather funds to address the immediate needs of the school to pull through from month-to-month. It was certainly touching to see the happiness on the faces of the students who received new copies of the Qur’an as well as the ration for their kitchen.

Without the assistance of fellow Malaysians, either in Malaysia or abroad who are continuously donating for the cause, this undertaking could not have been materialized. The donation will be broken into two categories, one to fund basic necessities and second, for the building of the school which costs an estimated USD70,000. The responsibility of designing and identifying the appropriate building material is taken up with the assistance of a few individuals from the faculty of civil engineering Technological University of Malaysia (Universiti Teknologi Malaysia).

We had recognised that for the school to be self-sustaining, it will require a small business model to generate a modest revenue. Bearing this in mind, the design of the building will include a small grocery shop and those manning it will be exposed to the required skills and knowledge. One of the mechanisms to do so is to utilize the alumni of Sudanese students who have studied in Malaysia whom we approached. They too would act as monitors of the said shop. However, the priority is the physical aspect of the building which needs to be ready first before embarking deeper into the details of the cooperation.

It is our sincere belief that those who teach and study should not be deprived of the proper facility to do so. Hence, this khalwa would act as a pilot project for others that are deprived of funding to follow.  Such schools have a special place throughout the country and are seen as a beacon of hope for the disadvantaged. Thus the basic necessity for the school to run should be in place to create the environment of teaching and learning. Aid should not only focus on the element of funding but also other aspects such empowering the students through other means such as vocational and life skills. Not every student who complete their term at a khalwa will be imams or teachers of the Qur’an.

The Sudan. Together with the Malaysian community based in Sudan, he has

been actively engaging the local community throughout the country.