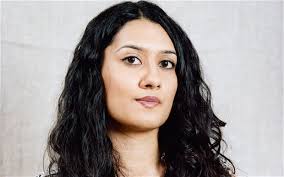 “Even when I was in my young teens, I felt like some sort of need to use my art to share a different reality,” she told VICE.

It wasn’t until years later that the Canadian portrait photographer would start The Sisters Project: her way of trying to change the way Muslim women are viewed.

Youssef traveled to 12 cities across the country and photographed 85 Muslim women to see them in their communities, their homes, or at their jobs, with the intention of showing the world how they see themselves.

We caught up with Youssef during her first exhibition at the Ryerson Image Centre for The Sisters Project and to talk about her experience of immersing herself in the community.

VICE: How was the opening on Wednesday?
Alia Youssef: It was pretty good! We saw 400 people come through. I had a lot of positive responses from people I didn’t know who somehow found out about the project. I felt very supported and a lot of love.

When did you first start to think about the idea for this project?
It started a year and a half ago in the fourth year of my undergrad, I was taking a class called women in Islam. Being a Muslim woman, surrounded by a lot of Muslim women we were talking a lot about present day representation. One day one of the women said ‘I’m so tired of being painted with the same brush stroke, as every other Muslim woman’ and I think it was something that I’d been thinking about as well. Also, since I’m a portrait photographer I think it just kind of set a light bulb off.

How did it all lead to this?
So I did it as a thesis project for school and then while I was still in school it got popular. Somehow the parliament of Canada found out. So when I graduated I had already established that people were passionate about the project and I continued working on it. I realized I was showing a lot of women from Vancouver and Toronto, but my statement said that it was a project about Canadian muslim women, so I felt like it was time to get some other perspectives, other experiences from muslim women that weren't just in some of the “biggest cities” in Canada.

What is the false stereotype you’re hoping to addresses?
I feel like growing up mostly post 9/11, there were two images of how Muslim women specifically were depicted in the media. The first one was, well really is an invisibility of Muslim women. There weren’t ever really stories of how successful or exciting—really any positive stories coming out about Muslim women. So that left the only other depiction that you really ever saw, which was ones of trauma, ones of grief, from those from abroad, depicting war affected areas or were talking about clothing, the only real stories you see about muslim women are where she's’ the victim, she’s silent, she’s not in control, or we’re talking about her clothes. Not in Teen Vogue, not in television, not in movies. I think all of that really played a part in how I felt about myself growing up, how I felt about being Muslim myself because it definitely affected me in a bad way because I thought people would only assume the negative stereotypes on me.