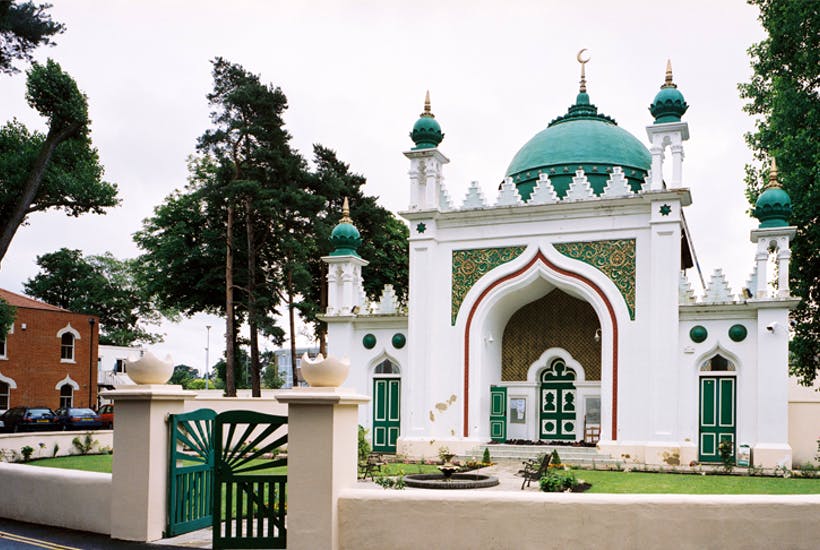 My earliest memory of a mosque is being with my father in London’s Brick Lane Mosque. He was a member of its management committee and that gave me, an infant, the right to roam freely the four floors — including its vast basement — as I waited for him to finish meetings. I remember seeing Hebrew writing on a plaque on the top floor. There were mezuzahs on doors, respectfully preserved by the Muslim elders. I played with my brother on the second floor amid the dusty ebony pews left over from the mosque’s days as a French Huguenot church. European Judaism, Christianity and Islam were woven into the historical fabric of Brick Lane Mosque.

At weekends, I learned how to recite the Quran in Brick Lane. On special occasions, such as the annual remembrance of the birthday of the Prophet Mohammed, the Mawlid al-Nabi, we children loved the heartfelt collective singing of rhythmic Arabic odes with our Bengali elders. The powerful unison of melodious voices, with incense burning in the air, and the aroma of food waiting, Indian biryani dishes sent to the mosque by our mothers. But politics and puberty ended that pluralistic peace.

Architect Shahed Saleem’s marvellous The British Mosque: An Architectural and Social History, published by the public body Historic England, an arm of English Heritage, is an indispensable guide to Britain’s approximately 1,300 mosques. ‘We shape our buildings; thereafter they shape us,’ said Winston Churchill.

Aged about 16, I rebelled and turned to the East London Mosque, a purpose-built mosque with minarets, domes and a management committee dominated by a much more politicised and confrontational form of Islam. No loving Mawlid gatherings were permitted because they were considered an imitation of what the Christian West did. The imams were trained in Saudi Arabia, and we regularly hosted leaders of the Muslim Brotherhood and Jamaat-e-Islami. Five minutes’ walk from Brick Lane Mosque, this was another, rival realm, where religion and politics mixed. I was setting up the mosque library with bookish friends, buying in literature written by Abdul A’la Maududi about creating an Islamic State. Here, youth gathered and in time it became a mega-mosque with schools, banks, nurseries, gymnasia, restaurants and travel agents all being added to what became the London Muslim Centre. At this mosque, I was taught that it was a religious obligation to join Islamist movements. This was an organised and vibrant mosque, ambitious in its aims to dominate the local area and eventually British Muslim identity.

By my mid-twenties, I had returned to my father’s form of mainstream contemplative Islam. Travelling with British Muslim imams and teachers, I visited many of the mosques Saleem highlights in his timely book. I also entered places that are not mentioned in it, such as the Markazi mosque in Dewsbury, the European headquarters of the ultra-orthodox evangelical Tablighi Jamaat. Here, there were too many sleeping bags belonging to travelling door-to-door preachers, and communal eating habits, often from a shared plate in small groups of three, which I found off-putting.

In parts of Manchester and Birmingham, there are mosques that are much more ethnically and culturally diverse. Much like London’s Regent’s Park Mosque, the Friday congregations at these mosques see people of all colours and continents come together in worship. Mosques in Edinburgh and Glasgow have a similar richness in their composition. Interestingly, when I visit a synagogue, there is always a prayer for the Queen. In my three decades of frequenting British mosques, I have yet to hear a prayer for the monarch’s good health and long reign.

The Shah Jahan Mosque in Woking, Surrey, was built in 1889 and financed by the female ruler of Bhopal. In 1887, Abdullah William Quilliam, a convert, opened a mosque in Liverpool, Britain’s first mosque. Saleem has a photo of the entrance to the prayer area with its Turkish-style front and piano. Dewsbury Muslims wouldn’t dream of having a piano or other musical instruments in their mosques. The puritan culture of frowning on fun is growing in the subculture of mosques. Too often, this leads to bipolar behaviour whereby a Muslim man will kiss the cheeks of a non-Muslim woman at work, but refuse a Muslim woman entry to a mosque, much less shake her hand.

Mosques are buildings not only for worship, but also for creating generations of balanced and harmonised humans. And in this task, mosques and Muslims are struggling.

Almost all the mosques in Britain currently have three major problems: incongruent architecture, cultural baggage and gender inequality. Too many mosques are designed as though they were in the villages and towns of Bangladesh or Pakistan. Bright green domes (the Prophet liked green) and domes and minarets that were designed by early Arabs to rival the churches of the Byzantines. Where is the sense in blindly and unquestioningly mimicking the Umayyads? The early Chinese or later Balkan Muslims created structures that reflected their climate and adapted to their local cultures. Mosque designs in Luton or Gloucester often lack the imagination of a confident British Muslim identity.

Too many mosques are suffering from sectarianism and cultural hang-ups, insisting that an imam comes from a particular Deobandi or Barelvi sect, speaks in foreign languages, maintains readings of Persian or Urdu poetry from a bygone era, while failing to connect with young British Muslims. Why must a boy come home from school and then change into Arab-style white robes and girls cover their hair to go to Quran classes? This is culture, not religion.