The Indian government has confined about seven million Kashmiris to their homes and imposed a complete communications blackout. 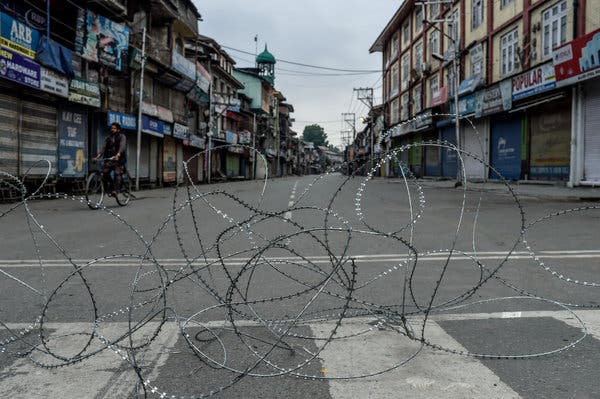 NEW DELHI — As India celebrates her 73rd year of independence from British rule, ragged children thread their way through traffic in Delhi, selling outsized national flags and souvenirs that say, “Mera Bharat Mahan.” My India is Great. Quite honestly, it’s hard to feel that way right now, because it looks very much as though our government has gone rogue.

Last week it unilaterally breached the fundamental conditions of the Instrument of Accession, by which the former Princely State of Jammu and Kashmir acceded to India in 1947. In preparation for this, at midnight on Aug. 4, it turned all of Kashmir into a giant prison camp. Seven million Kashmiris were barricaded in their homes, internet connections were cut and their phones went dead.

On Aug. 5, India’s home minister proposed in Parliament that Article 370 of the Indian Constitution (the article that outlines the legal obligations that arise from the Instrument of Accession) be overturned. The opposition parties rolled over. By the next evening the Jammu and Kashmir Reorganization Act, 2019 had been passed by the upper as well as the lower house.

The act strips the State of Jammu and Kashmir of its special status — which includes its right to have its own constitution and its own flag. It also strips it of statehood and partitions it into two Union territories. The first, Jammu and Kashmir, will be administered directly by the central government in New Delhi, although it will continue to have a locally elected legislative assembly but one with drastically reduced powers. The second, Ladakh, will be administered directly from New Delhi and will not have a legislative assembly.

The passing of the act was welcomed in Parliament by the very British tradition of desk-thumping. There was a distinct whiff of colonialism in the air. The masters were pleased that a recalcitrant colony had finally, formally, been brought under the crown. For its own good. Of course.

Indian citizens can now buy land and settle in their new domain. The new territories are open for business. Already India’s richest industrialist, Mukesh Ambani, of Reliance Industries, has promised several “announcements.” What this might mean to the fragile Himalayan ecology of Ladakh and Kashmir, the land of vast glaciers, high-altitude lakes and five major rivers, barely bears consideration.

The dissolution of the legal entity of the state also means the dissolution of Article 35A, which granted residents rights and privileges that made them stewards of their own territory. So, “being open for business,” it must be clarified, can also include Israeli-style settlements and Tibet-style population transfers.

For Kashmiris, in particular, this has been an old, primal fear. Their recurring nightmare (an inversion of the one being peddled by Donald Trump) of being swept away by a tidal wave of triumphant Indians wanting a little home in their sylvan valley could easily come true. 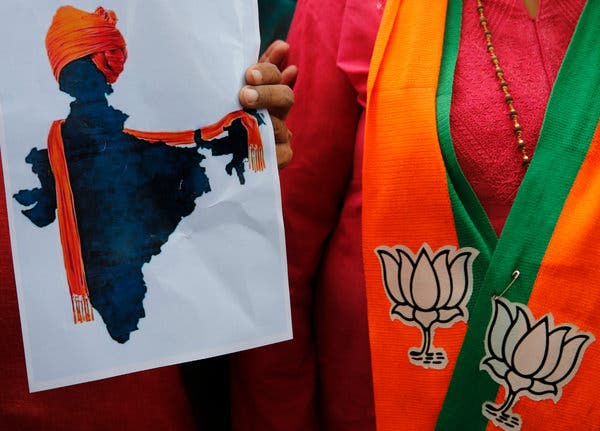