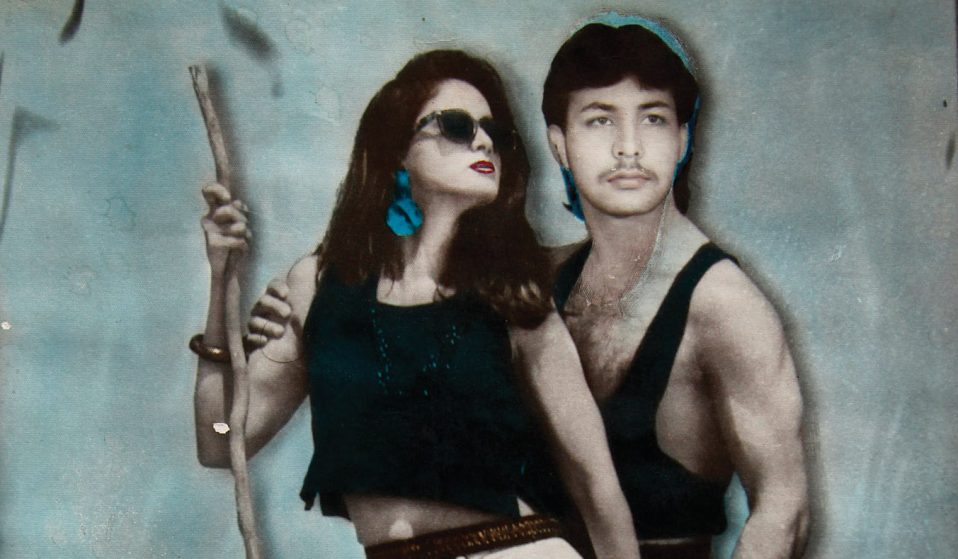 Sean Foley and Lukas Birk first travelled to the Pakistani frontier city of Peshawar back in 2005, when they visited the fabled town to interview tourists en route from Afghanistan. Fascinated by the culture of local photography in this historic centre of trade and commerce, they compiled Photo Peshawar (Mapin/Pix), capturing the magical mythos that lives within this corner of the world.

As Foley and Birk began their research, they delved into the photographic history of the city, dating back to the ’40s, when the convergence of British rule, the Partition of India, local tribal law, and the historic prohibition against image-making in Islam began to shape the culture.

“There are many personal as well creative connections between Peshawar and Afghanistan,” the authors explain. “Historically and culturally there has always been an exchange – and, of course, the Pashtun peoples dominate both sides of the border.” 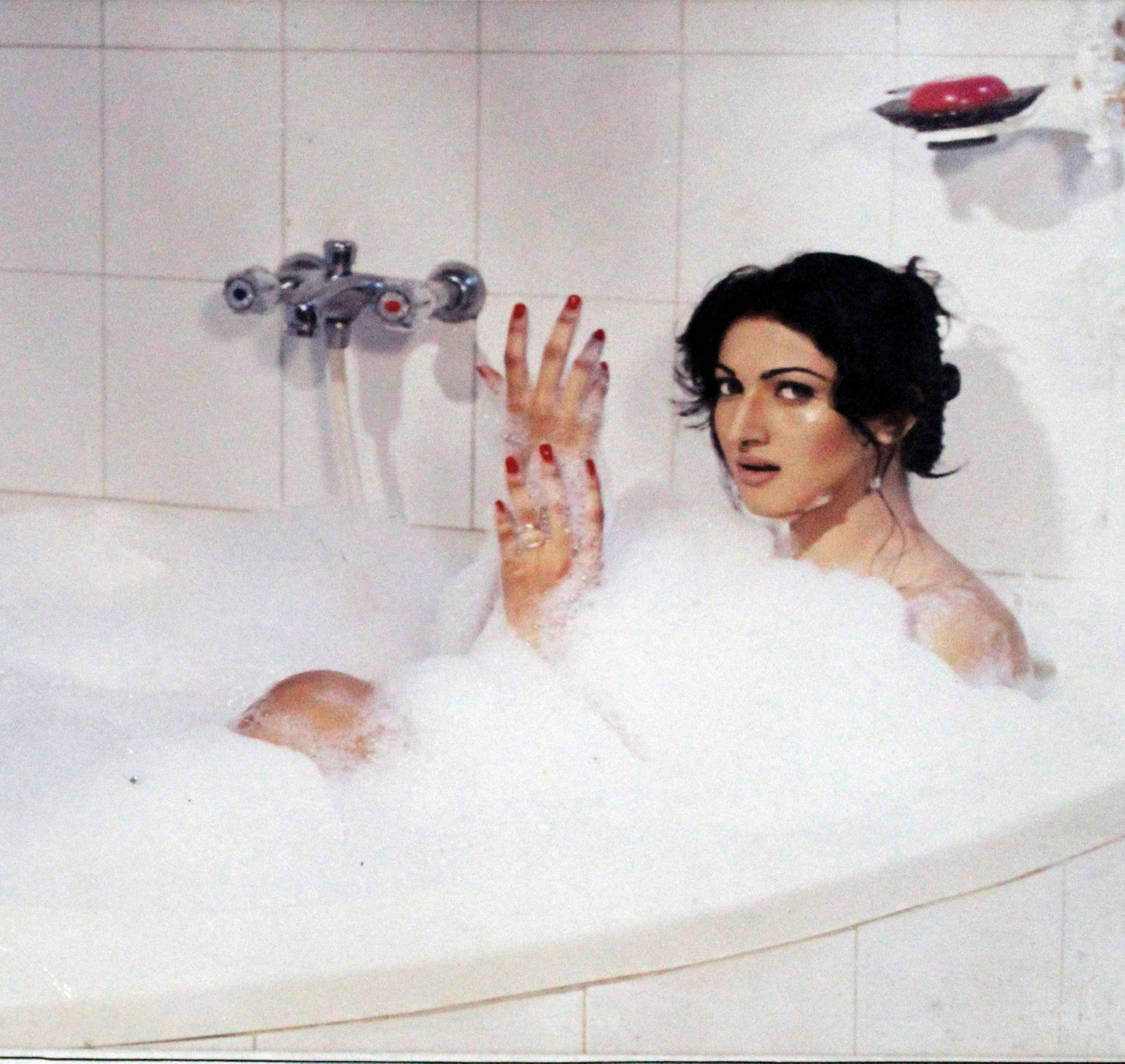 Cinema poster from Capital Cinema on Saddar Road. In recent years, cinemas in Peshawar have been bombed by religious extremists who consider cinematic entertainment immoral.

“With the help of our long-term assistants Kausar Hussain and Prince Mahir Ullah Khan, the research part came together without any real obstacles. After all, photographers love to talk about their art. At times, an occasionally unsettled political situation, caused us to move with extra care, but we always felt and were made to feel at home in Peshawar. It’s a truly magnetic city.”

To create Photo Peshawar, Foley and Birk gained access to the archives of local photographers of genteel Saddar Road and traditional markets on Cinema Road. Here they came upon two major traditions: classic portraiture and risqué cinema-style role-playing, which allows clients to cast themselves as celebrated cultural archetypes found in both local Pashto-language films and Indian Bollywood films.

“Cinema Road used to be the centre for movie consumption with three cinemas in close proximity,” the authors continue. “Whatever movie ran in the cinemas was also popular for the studios to use as a base for movie montages. The process of hand-colouring movie montages not only allowed for ‘colour photography’ before colour film was available, it also made the montages visibly more ‘real’ as the boundaries between movie poster and the client could be better concealed.” 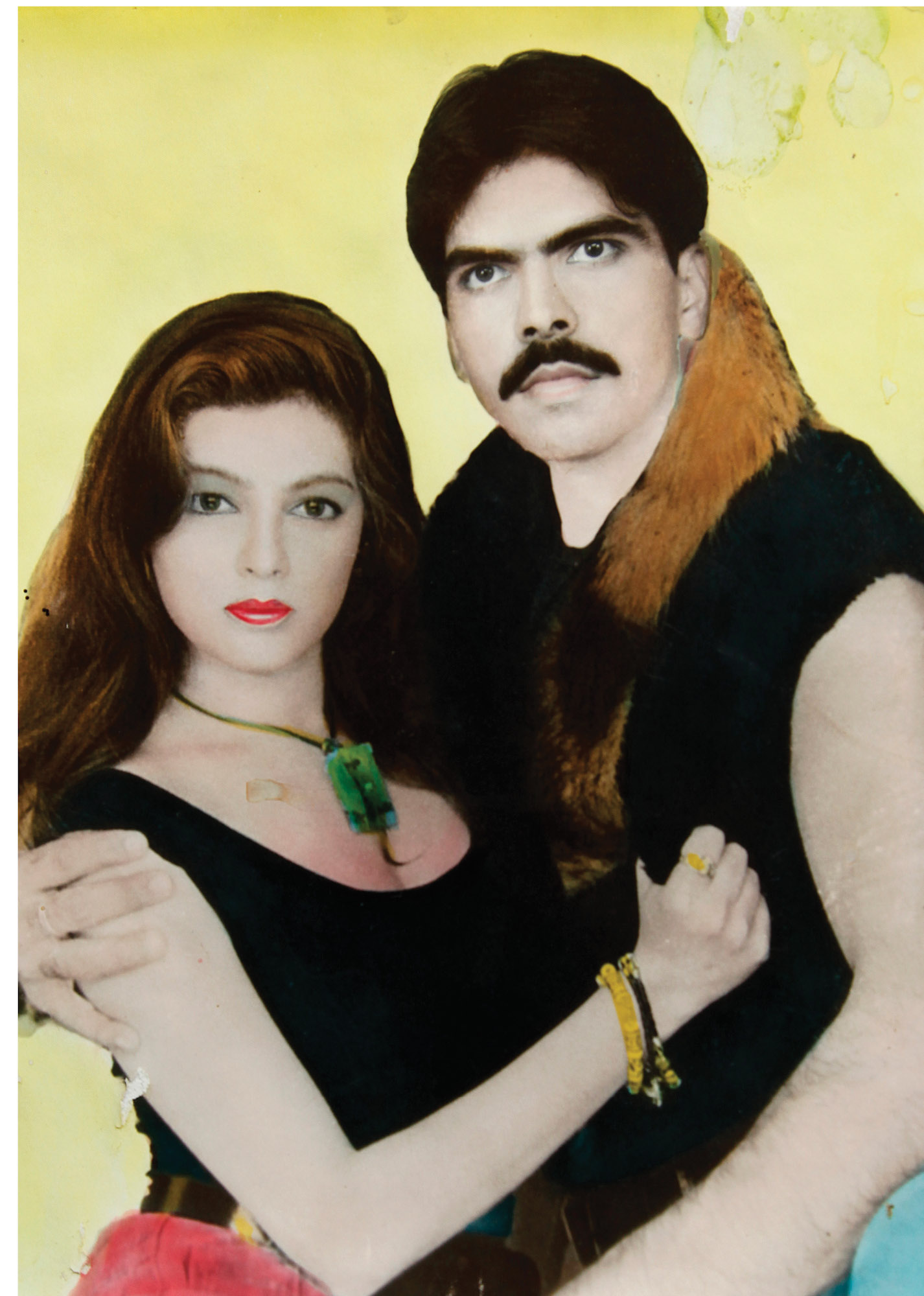 Hand-coloured montages based on Indian movie posters; male customers have their faces inset to pose alongside actresses. Kamran Studio, 1990s.

“Photographers are very precise in how to get the right kind of pose for a certain montage – it has to look realistic in the end. Working in film, the photographer would create a negative from the desired movie poster, cut out the male protagonist’s head and place the client’s head on top. This can be done by double exposure in the darkroom or actually placing the negative on top of the other. It’s very precise work!”

The photo-montages of Cinema Road allowed men to fully embrace the spectacle of big-screen fantasies. Young men eagerly cast themselves as heroes, brandishing weapons or slinging “whiskey” bottles filled with tea, canoodling with a sexy young starlet or singer who worked in the regional film industry.

“It would be highly unorthodox, and most likely scandalous, for local women to go to these studios to be photographed for movie montages – we never heard of such an occasion,” the authors say. 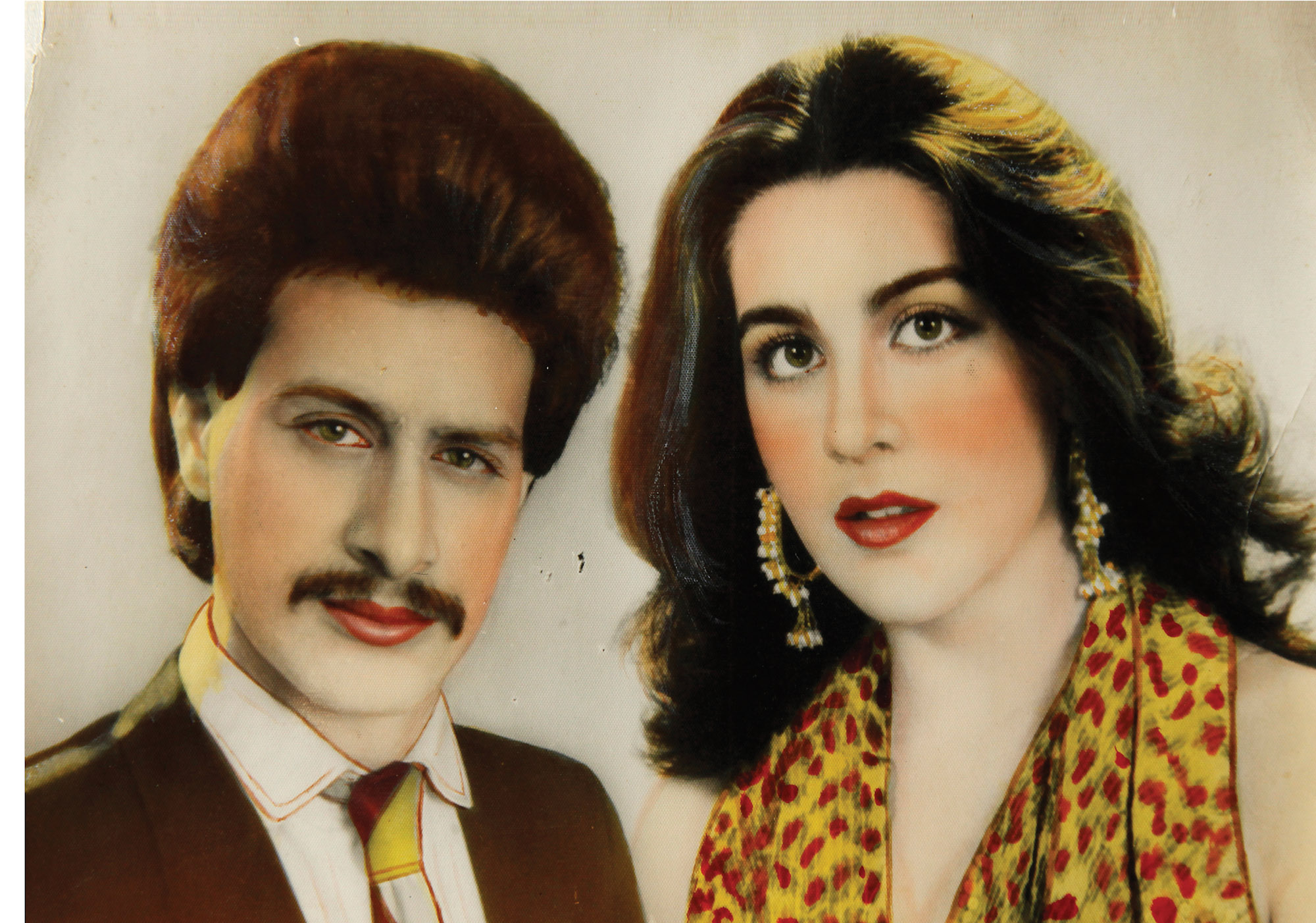 Hand-coloured montage by Tahir Usran of himself with an Indian actress Amrita Singh.

The patriarchal structure of Pashtun culture, with its traditional notions of honour and pride, avoids the production, distribution, or display of women, outside those who work as performers. Furthermore, women rarely become photographers – although, as Foley and Birk note, digital photography is providing more opportunities than there were before.

As a result, we see the men of Peshawar as they wish to be seen, as heroes of their fantasies and dreams. These, combined with the traditional portraits of Saddar Road, give us a look at a culture that very much mirrors our own. The glorification of self – through the rendering of montages that precede Photoshop by decades and the exquisite hand-colouring processes that herald our current obsession with Snapchat filters – is a universal human desire that photography repeatedly fulfils, no matter East or West. 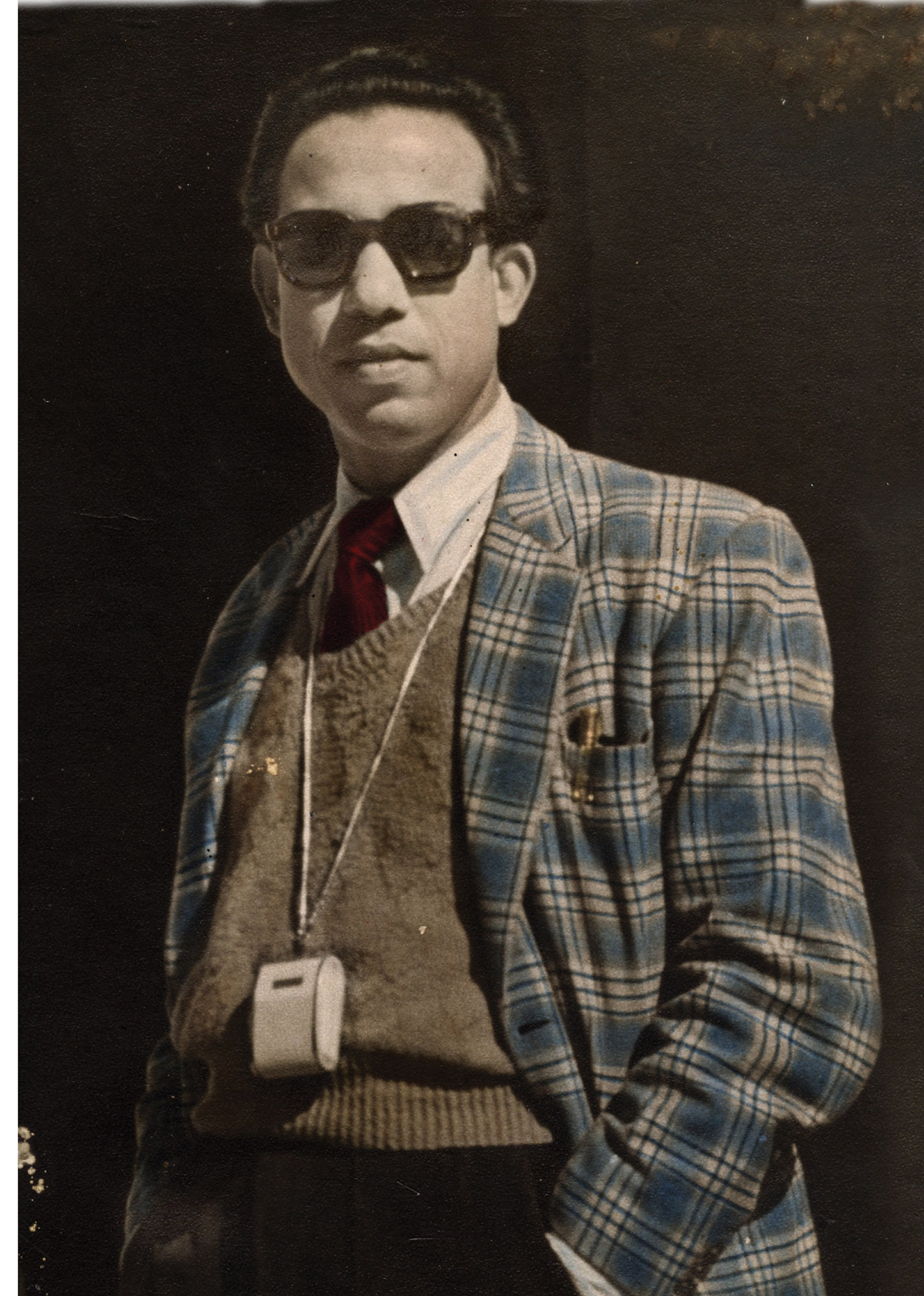 Hand-coloured portrait of Ashraf Ali Zaidi (1932–1983), a senior photographer in Peshawar. Originally coming to Peshawar from India during the Partition of 1947, Zaidi gradually became the chosen VIP photographer in the city. The photograph was hand-coloured by Zaidi himself. 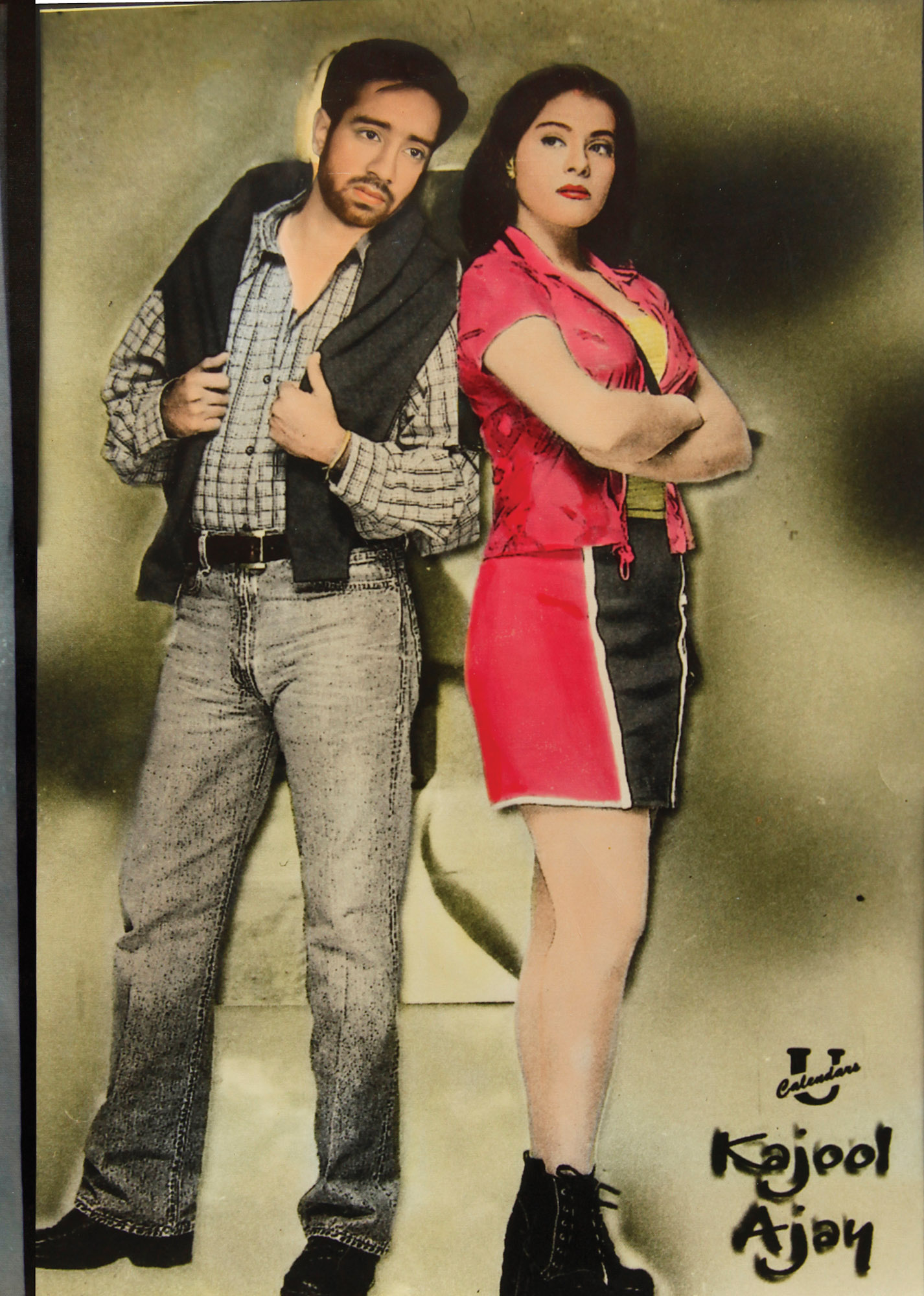 Hand-coloured montages based on Indian movie posters; male customers have their faces inset to pose alongside actresses. Kamran Studio, 1990s. 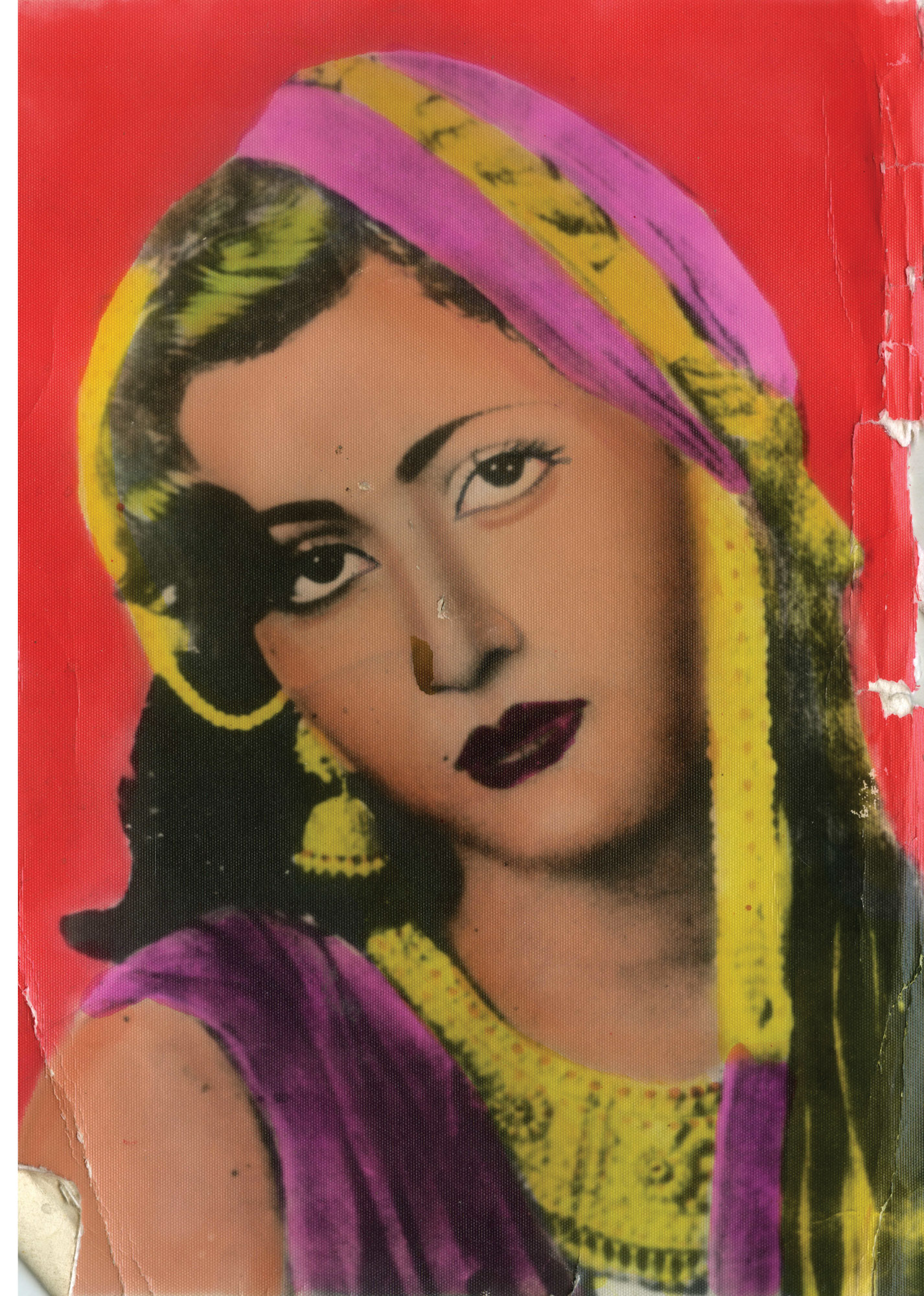 Hand-coloured photograph of classic Indian actress and native Pashtu speaker, Madhubala (1933–1969), by Daoud of Cinema Road. Madhubala’s father was a painter of cinema billboards from Peshawar. 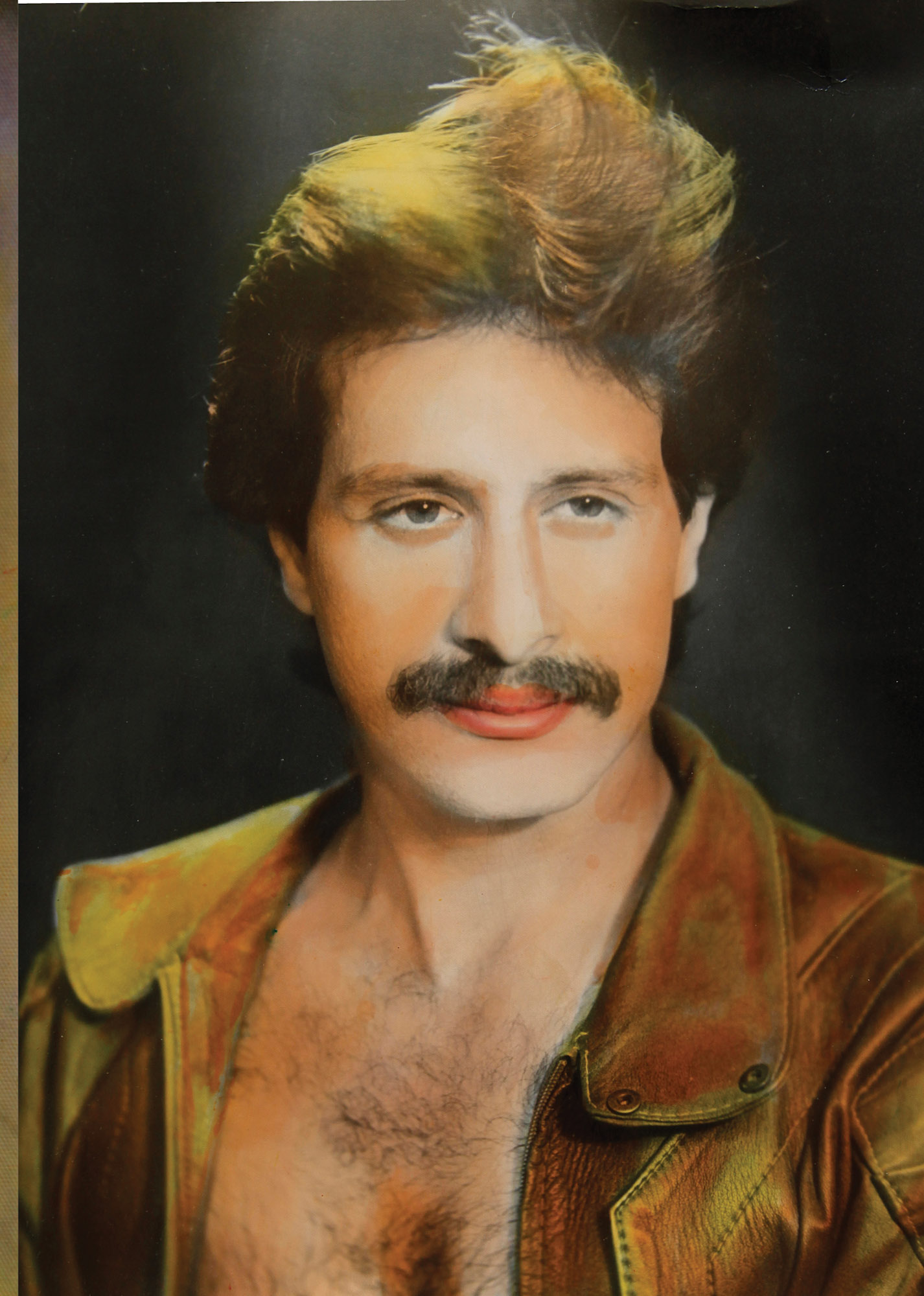 Hand-coloured self-portraits by Tahir Usman from the 1980s to 1990s.