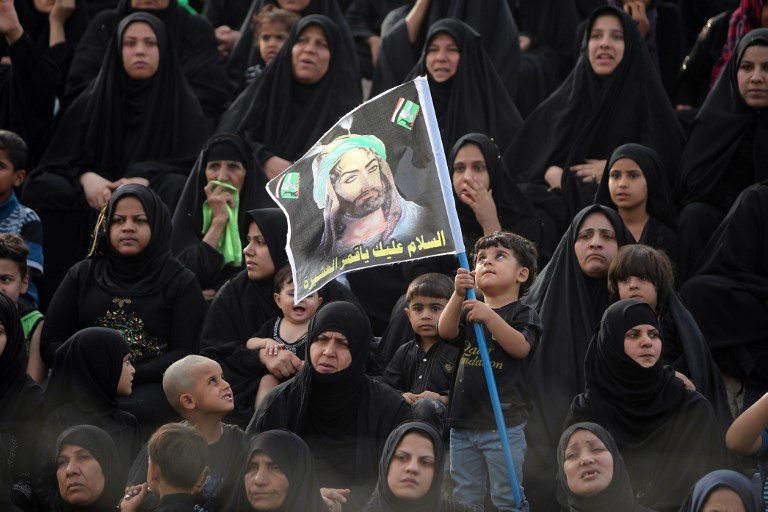 We have all heard about the valour of men in Islamic history but its seldom that women are praised for their bravery.

The 11th of Muharram is commemorated as Youm-e-Zainab (Bibi Zainab’s Day) to pay homage to one of the strongest women in Islam, who led the movement after the tragedy of Karbala and spread the message of her brother, Imam Hussain (AS). On this day, Muslims celebrate and remember the women of Shia Islam.

Remembered as the “mother of believers”, Bibi Khadija (SA) was the first woman to accept Islam and believe in Hazrat Muhammad’s (PBUH) prophethood. It is believed that day Hazrat Jibrail came to the Prophet (PBUH) and gave him the revelation that he was chosen as God’s messenger, he shivered in fright. However, Bibi Khadija (SA) is said to have consoled him.

When the message of Islam was being spread and strict economic sanctions were imposed on the Prophet (PBUH) and his supporters, Bibi Khadija (SA) spent her wealth for the cause.

The Prophet (PBUH) once said that Khadija was one of the four most remarkable women in the world. As reported in Musnad of Imaam Ahmad Hadees 2663, he said, “The four greatest women of mankind were: Bibi Khadija, Fatima bint Muhammad, Maryam bint Emran and Asiya bint Muzahim (Pharaoh’s wife).

Bibi Fatima (SA) was the Prophet’s (PBUH) daughter, whom he termed the leader of women in paradise. It is said that Prophet Muhammad (PBUH) would always stand up when Fatima was present and would visit her every time he left Madina.

It is said that when Prophet Muhammad (PBUH) died, she went to the court of the then ruler by herself and asked for her property rights. (Sahih Bukhari Volume 4, Book 53, Number 325)

Zainab’s (SA) life and struggle serves as an inspiration for women all over the Islamic world. Shias consider her the flag-bearer of Imam Hussain’s (AS) movement after he was killed along with his 72 close aides in the tragedy of Karbala.

Yazid’s forces had held the family of Imam Hussain (AS) captive and made them travel on foot from Iraq to Syria. Bibi Zainab (SA) ensured that she narrated the story of Karbala everywhere she went while adopting her father’s style. The then leader of Shia Islam, Hazrat Zain-ul-Abideen (AS), was ailing and could not lead. It is believed that Zainab (SA) stepped in to fulfill his duties and was often consulted by him in deciding their political moves.

Fewknow that there was also a Christian family among the rank and file of Imam Hussain’s (AS) army. Hazrat Wahb-e-Kalbi was still in his teens and newly married when he decided to join Imam Hussain (AS) in Karbala.

According to a Shia history portal Al Mujtaba, Wahb was returning to his homeland  when he heard Imam Hussain’s (AS) speech and joined his movement.

When finally on the day of Ashura, Wahb asked for Imam Hussain’s (AS) permission to let him go to the battlefield, the Imam was not sure. Wahb’s mother pleaded him and said: “O’ grandson of the prophet of Islam! It will be an honour for me if my son fights for you and gives his life protecting you.”