Nigerians, of course, saw it all along. The infiltration of world culture by the sounds, images, and styles of their country has been building for some time. The author and photographer Teju Cole notices Nigerian pop music when he travels—recently, in a taxi in Peru. The journalist Bim Adewunmi remembers finding a group of white British kids in London singing “Oliver Twist,” a hit by D’Banj, down to the artist’s Nigerian accent: OH-lee-vah. “D’Banj trumped Charles Dickens in that moment,” Adewunmi says. “And that made me feel good!”

Perhaps the breakout moment came in 2013, when Beyoncé placed a spoken passage by the Nigerian novelist Chimamanda Ngozi Adichie, excerpted from an essay on the social conditioning of girls, at the ­center of “Flawless,” her empowerment manifesto set to a bouncing Houston funk groove. Queen Bey’s validation turbocharged the ascent of the author of Americanah to her status as a cross-cultural (and stylish) feminist icon. And any doubt vanished once Drake turned up on the remix of “Ojuelegba,” a silken ode by the Nigerian singer Wizkid to his Lagos neighbourhood, in 2015—along with Skepta, the British-Nigerian star of the London grime scene. 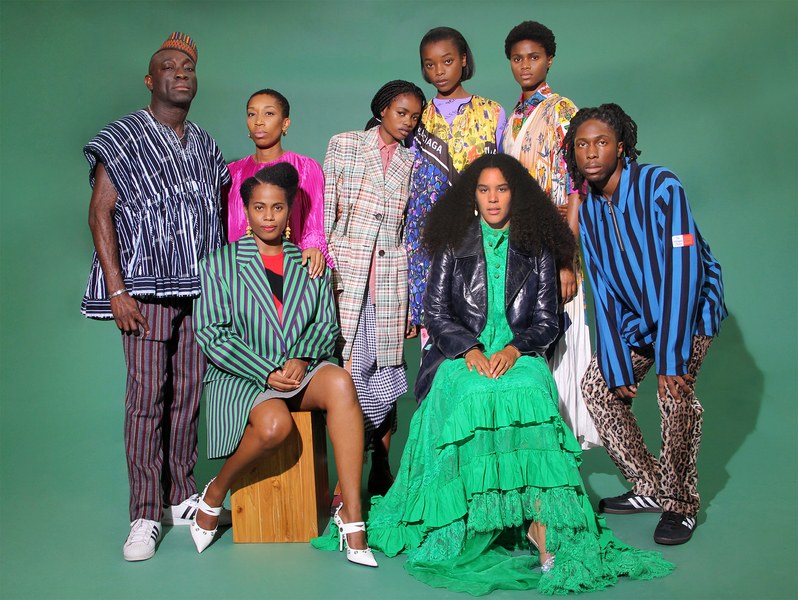 It’s been a seeping, decentralized thing; to call it a takeover would be hyperbole. But the assertive Nigerian global influence today cannot be denied, whether it’s in literature, music, fashion, or art, with new talents appearing at a relentless pace. Many hold court in London, which has an established Nigerian presence that spans working-class Peckham and the Knightsbridge mansions of industrialists and oil barons. Others are in the United States, where middle-class immigrants have flourished in places like Houston and Atlanta. But all of them feed off the scene in Nigeria itself—and in its megacity, Lagos, a frenetic engine of creativity.

Ever since Purple Hibiscus, Adichie’s 2003 debut novel, Nigeria’s history, social issues, and the experiences of its immigrants have spread into every realm of literature. Cole, for instance, who grew up in ­Nigeria and lives in Brooklyn, trains a meditative eye on Lagos in Every Day Is for the Thief. Illinois-raised Nnedi Okorafor draws on Igbo spirituality to shape award-winning science-fiction and fantasy; Who Fears Death, her postapocalyptic allegory in which magic transcends sexual violence and civil war, is slated for an HBO series.

Acclaimed recent debuts by Ayobami Adebayo, Lesley Nneka Arimah, and Tomi Adeyemiunderscore the prominence of women writers in the scene. Adebayo was born in Lagos; her Stay With Me, a deft, stirring family drama, addresses intimate ordeals of infertility and illness against middle-class pressures and aspirations in a provincial Nigerian town, and received the critic Michiko Kakutani’s final New York Times review. Minneapolis-based Arimah sets the surrealist, feminist stories in What It Means When a Man Falls From the Sky in both Nigeria and the U.S. Raised in the Chicago suburbs, marked by both the Harry Potter series and the rise of Black Lives Matter, Adeyemi found her outlet in a world she called Orïsha, inspired by the divinities of Yoruba culture. Published this year, Children of Blood and Bone, the first in a series for which Adeyemi secured a huge publishing deal at the age of 23, topped the young-adult best-seller list.

Nigerian designers are giving fashion a jolt of adrenaline as well. They follow established creators such as Duro Olowu, who showed his first London collection in 2005 (and later became a Michelle Obama favorite), Lisa Folawiyo (Jewel by Lisa), and Amaka Osakwe (Maki Oh). Meanwhile, Nigerian shoppers—big spenders who regularly visit London and Dubai, and who avidly seek out foreign brands on the MallforAfrica app—support up-and-coming talents. Lagos brims with showrooms nestled behind the walls of private compounds. Alára, the entrepreneur Reni Folawiyo’s concept store in Lagos, houses both Western and Nigerian designers in a David Adjaye–designed building, as well as Nok, the store’s nouvelle-­Nigerian destination restaurant.