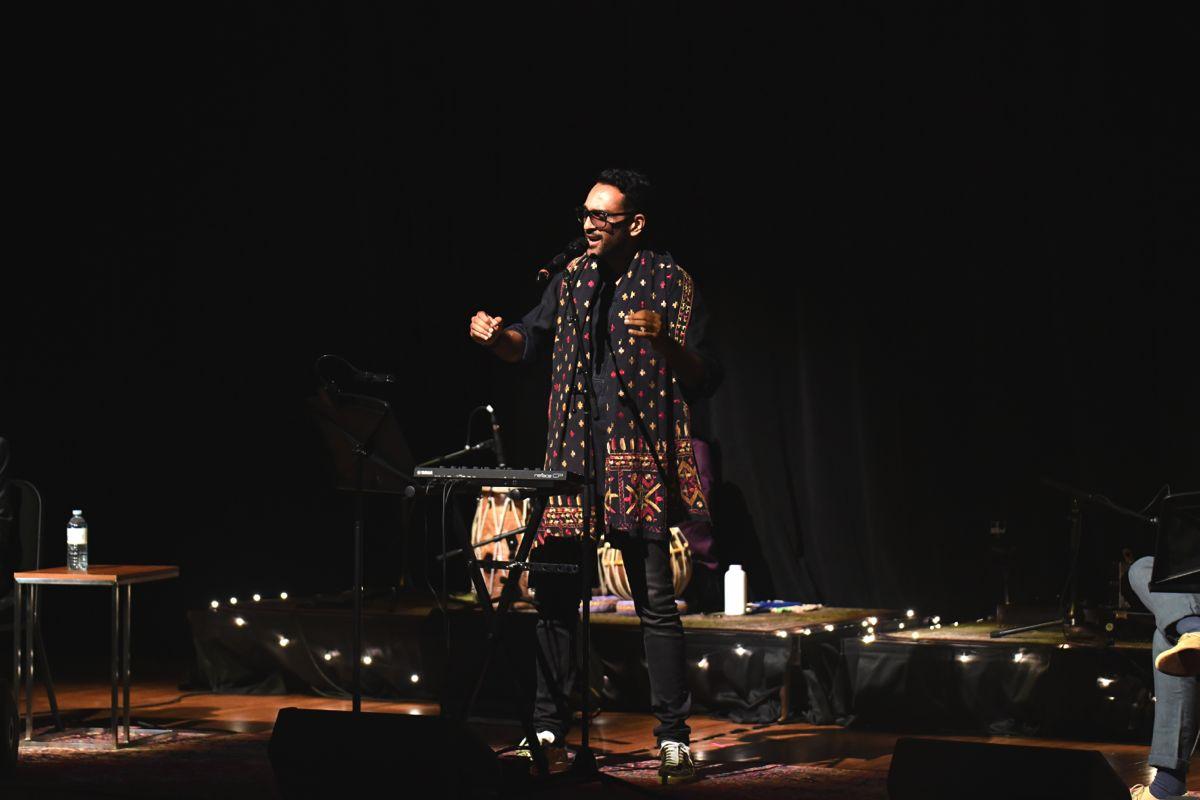 The Misaq-E-Ishq performance started late, but I didn’t mind. It gave me time to learn about my seat partner’s love for poetry – which started suddenly after reading an Elizabeth Barrett Browning poem in university, and had consumed her – and the afflictions of her heart.

I won’t name her; suffice it to say that she’s young, moved to Toronto from India four years ago by herself, lives and works downtown, has been on several disastrous dates, and is clearly “in like” with a man who doesn’t want to commit to a relationship. In short, the perfect audience member for this show, even though she did not know who the performers were. She was just there for the poetry – alone.

The majority of the audience had come to see Ali Sethi, a young Pakistani singer who has written a book, The Wish Maker, and contributed to publications like the New York Times and the New Yorker. He was joined onstage with Grammy-award winning musician Noah Georgeson, recently famous for composing the title music for the hit Netflix show Narcos. Dr. Ali Asani, professor of Indo-Muslim and Islamic Religion and Cultures at Harvard University, rounded out the trio.

Their performance was described as a world premiere of a concept that Sethi, Georgeson and Asani have been playing around with since January 2017, when the first iteration of this idea was performed in Lahore, Pakistan. Turns out that Sethi was once a student of Asani at Harvard, and it was in Asani’s classes that he discovered a deeper meaning to the love songs that he had grown up listening to merely as entertainment. 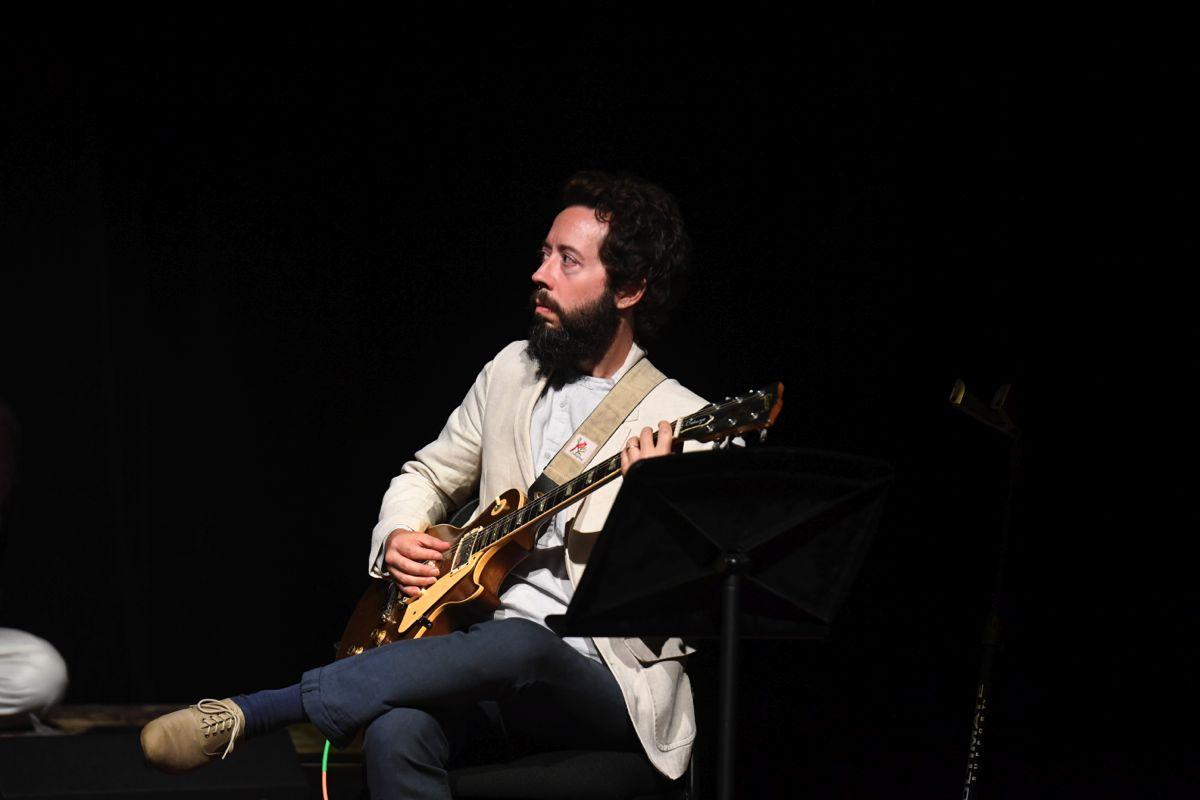 At a time when “political Islam or loud Islam, as I like to call it, is taking up all the space in the media – and that’s what people are focusing on: this minority of people who claim to represent Islam – we want to give voice to the Islam of the majority, who have a spiritual relation to Islam, and which can be seen in these songs,” said Asani in a phone interview the day after the show.

The performance is a primer for those who don’t know the history of the Sufi tradition in South Asia, which professes a more mystical approach to Islam.

After Sethi introduced the group onstage, which included two local performers – Mehul Joshi on tabla and dholak, and Asad Khan on harmonium – Asani began with his explanations.

Tracing the lives of mystic poets such as Moinuddin Chishti, Amir Khusrow, Shams Sabzwari, Siraj Aurangabadi, Faiz Ahmed Faiz and the tradition of Lal Shahbaz Qalandar, Asani gave brief introductions to famous poems like Khwaja Mere Khwaja, Ghoom Charakhra and Mujhse Pehli Si Muhabbat. Asani explained that many Sufi poets approached divine love through imageries of romantic love, using metaphors such as reunion with a beloved, obsession with a lover or the Hindu idea of darshan (to see and be seen by God), that these songs reflected a syncretism of thoughts and traditions.

Asani’s forewords were then followed by Sethi performing excerpts of the songs or ghazals, along with Georgeson on guitar and the two accompanying musicians. Sethi’s soaring vocals also indulged in elements of harkat, which can be thought of as a South Asian version of melisma. Sethi performed some songs such as Khwaja Mere Khwaja and Mujhse Pehli Si Muhabbat in their traditional form, adding his own anecdotes about the songs as a prelude, with Georgeson’s bass guitar adding a funky groove to Ghoom Charakhra.

However, a famous ghazal by Siraj Aurangabadi (Khabar E Thayyur E Ishq Sun), was presented as Sethi and Georgeson’s original musical composition. Their acoustic version stripped down the poem to its basic melody, with Georgeson’s mellow guitar chords a lovely counterpoint to Sethi’s assured vocal gymnastics.