Abuse in the Muslim community is rarely discussed. But Alia Salem and Huma Yasin want to change that—starting with resources for victims. 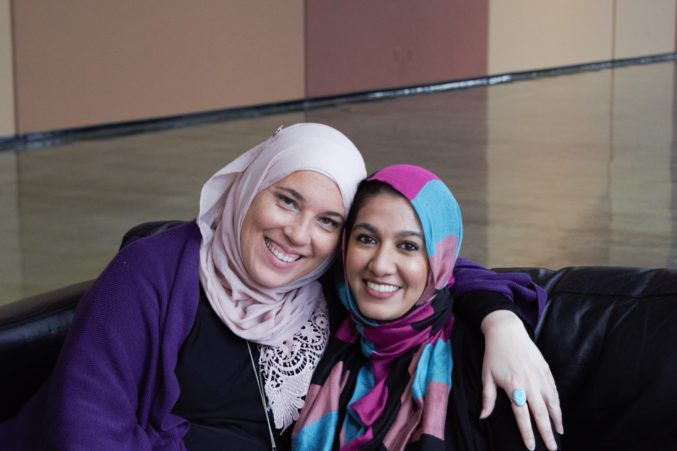 Alia Salem, left, and Huma Yasin are the founders of Facing Abuse in Community Environments, which aims to provide services for Muslims who suffer abuse in their communities. (Photo by Amina Khan)

In August of 2017, Alia Salem and Huma Yasin decided to launch something for Muslim parishioners to go for help. They’d seen enough. An imam in Irving had been accused of “sexually grooming” an 18-year-old congregant, beginning when she was 13. He was fired by the Islamic Center of Irving, one of the largest mosques in Texas, but had been recently hired by the Grand Prairie Islamic Society. He got the job despite his previous mosque having sent a letter to 2,000 institutions urging them to stay away. And yet, he found a new position just miles away.

This spiritual abuse—when an imam, sheikh, or a Muslim uses their power to harass, assault, or otherwise manipulate a member of the community—is rarely discussed, and victims and their families have few resources after it happens to them. And so Salem and Yasin set about changing that. They launched a nonprofit called Facing Abuse in Community Environments, or FACE, which helps survivors work through their experience and connects them with services like counseling and even the police—so long as the victims are welcoming of a criminal investigation.

“We are collectively trying to become the best people we can be. That’s what I hope we are moving toward,” Salem says. “Our community is tired. They feel beat down. They feel dejected, used, and unsafe, like many minorities and marginalized communities in the U.S.”

For the past 14 years, Salem, an Egyptian-American, has been an organizational developer and social justice organizer for Muslims in the Dallas area. She was previously the executive director at CAIR-DFW, the Council of American Islamic Relations, and is the founder of the Dallas Palestine Action Committee. She helps organize REAL City in Dallas, a bi-annual event where millennial professionals come together with intersectional activists to learn about race, equity, action, and leadership.

Yasin, meanwhile, is an Oklahoma-native who has lived in Dallas for the past 13 years. She is a Pakistani attorney, studying international humanitarian law, and contributes opinion columns to the New York Times, Washington Post, and the Hill. She is currently writing a book recreating the Fort Dix Five sting, which details FBI overreach in Muslim communities. They first met in 2012 when a tornado hit Arlington and an organization Salem was working for at the time helped clean up Yasin’s demolished home. Since then, they have been very close friends.

“We push back on each other professionally. I’m very risk averse and [Salem] is an activist who is very risk forward,” says Yasin. “We don’t see eye-to-eye, which is good because we struggle together. We are growing an organization that refines our process as we mature.”

Men and women come to FACE with reports of physical, sexual, financial, and spiritual abuse. If a case calls for due process, like if someone steals money from mosque donations, then police are notified. The overwhelming amount of cases have to do with women and sexual assault, Salem says. FACE is currently working on about 20 claims.

“There are a lot more instances that haven’t been reported. We can’t force people to report,” she says. “It’s traumatizing when you know there’s a pedophile out there. But, you can’t do anything about it. You can’t upend people’s lives without their permission.”

When survivors come forward with credible allegations, FACE helps them understand the process behind reporting a crime. FACE helps with mental health and victim advocacy services. If necessary, they get in touch with organizations that help survivors financially. FACE is fierce with anonymity and confidentiality in order to create an atmosphere where survivors can safely share their stories.

Salem mentions a case of a young woman who came forward about an abuser who had relationships with her and other women. He would lure them into an engagement, seeking marriage, and then sexually or physically abuse them. He would abuse their trust. Salem had multiple conversations with one victim. At the very last minute, before establishing consent to start an investigation, the victim pulled back. It was too traumatizing for her. She feared the information becoming public, Salem says.

“As an individual, that can be frustrating for me. But, speaking professionally, it really sanctifies the process when you give the power back to the victim,” she says.

Yasin says that’s one thing the community needs to work on. She wants the community to lift up people who have been victims of abuse and provide a safe place to report it. Salem and Yasin face criticism from the community for their efforts, they say. People say they are pursuing FACE for fame. Others say—despite respecting Salem and Yasin as activist Muslim women—that they just don’t believe in FACE.

“I’m in a community that I love and am invested in. I want it to be healthy and spiritually sound,” Yasin says. “But, when we get backlash, it gets difficult. People say we have questionable reputations. I mean, I’m a mom with four kids.”

However, Yasin says FACE also received support from the community. Figures of authority within the Muslim community applaud their work, just not publicly, she says. (I reached out to multiple imams in the community, and though they believe spiritual abuse is an issue, they were concerned with being tied to a specific organization and provided no comment.)

Yasin believes the shura, a council in Muslim communities or mosques, doesn’t have malicious intent. She says when cases of abuse are addressed, they don’t know how to take preventive action. In fact, how to address spiritual abuse is rarely discussed in the Muslim community. When a case reaches the public eye, it soon fades. Few in the community know if the abuser was held accountable by law.