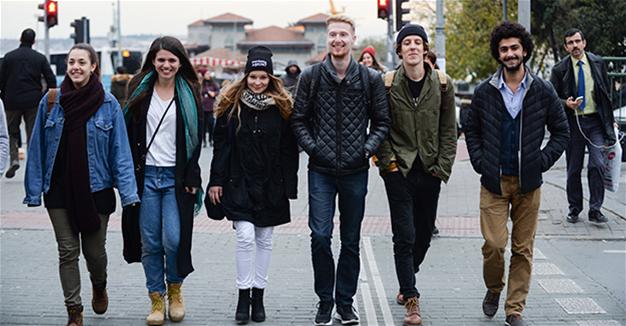 Defying grave security challenges and high-tension politics, thousands of European exchange students continue to live and study in Istanbul, although their numbers have almost halved since last year.

Some 114 Turkish universities accept European students as part of the Erasmus Program, a popular EU initiative that encourages cultural exchange as well as academic diversity for university students. But the number of visiting students for this year has fallen to almost half compared to 2015, said Erasmus Student Network (ESN) Public Relations Representative Kamil Can Erdem, who is also a student at Istanbul Technical University.

“The attacks occurring in Turkey and the coup attempt that took place this summer have caused the number of international students to decline by almost half. The students have become more hesitant. Turkey has never stopped accepting students from abroad, but some countries or universities have not allowed their students to come to Turkey. Others have allowed it but refused to accept any responsibility,” said Erdem.

Despite these conditions, thousands of students have overcome security concerns and still opted to come to Turkey. Erdem said the ESN office had released a statement, telling students that “all measures were being taken to make sure that life returns to its normal course.”

“We could not say ‘come, there are no risks.’ But we have given them the guarantee that we will help them in the best way possible. It is now up to the experiences of foreign students here if Turkey becomes a popular Erasmus route again,” said Erdem.

Two Greek students, Eleni Spyrou, 21, and Filippa Skarmoutsou, 22, who are spending their semester at Yıldız Technical University’s Turkish Literature Department, said they were very happy to be in Turkey.

“In previous visits we were blown away by Istanbul. And we took the Erasmus opportunity when it came up. As soon as we arrived we felt at home. Our families were concerned and banned us from going to Taksim, but we were in Taksim every day in our first week,” Spyrou said. 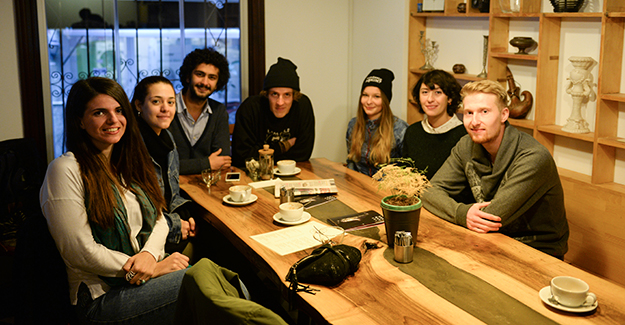 Dutch architecture student Jochem Compiet, 21, who is studying at Istanbul’s Bahçeşehir University, said he had no security concerns but was surprised when the government recently opted to cut access to the internet across Turkey, during the ongoing state of emergency.

“I couldn’t believe the cut in internet. Such a thing would never happen in the Netherlands because everybody would complain ... my family was not concerned, as anything can happen anywhere. But we are cautions about certain activities; for example I didn’t participate in the Istanbul Marathon,” said Compiet.

“Before I came, I was concerned. But Istanbul is a big city and the chances of something happening are low. But I still promised my girlfriend not to engage in any political activities. I was surprised by how life is still very normal. In newspapers abroad you see big incidents, but here you realize that although people are dying, millions of others continue to go to school and work,” said Bieber.