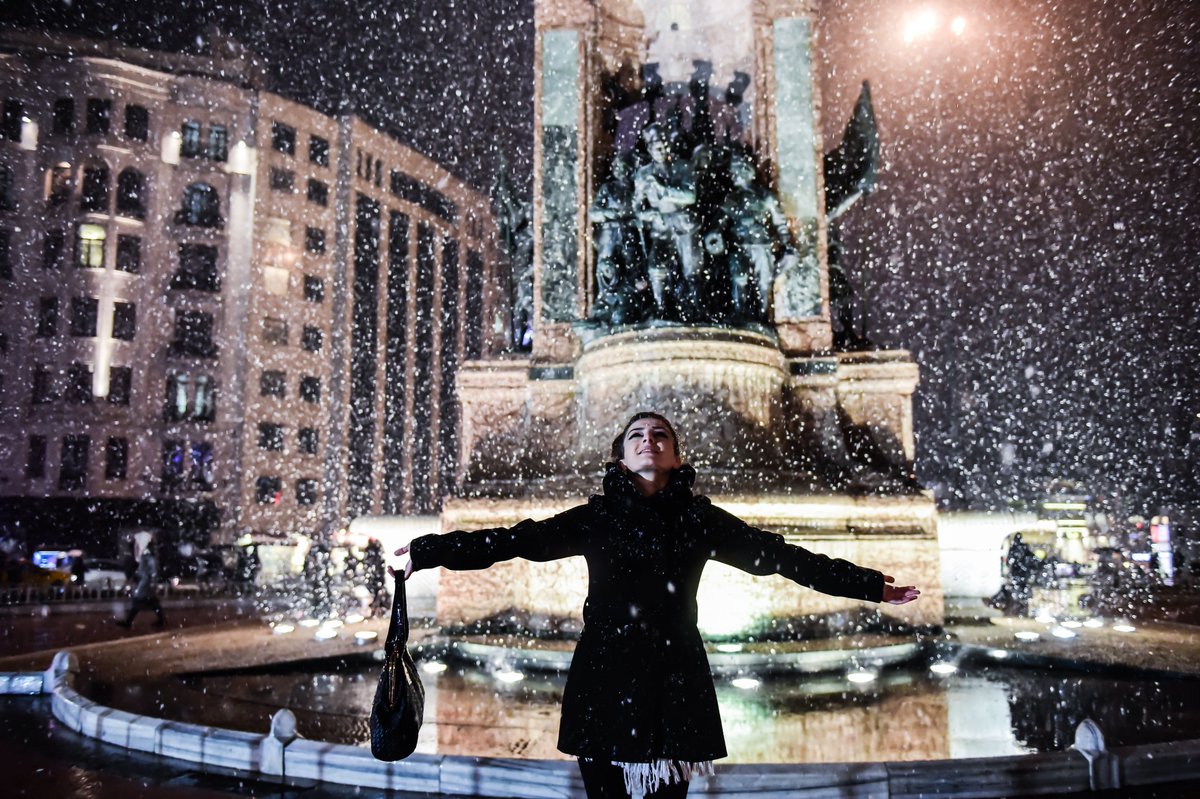 “Noooo,” I told my editor over the phone. “Noooo. It is not fair to ask me to deliver what Turkey’s most upbeat writers have failed to do. There is nothing, absolutely nothing good about 2016, which the BBC called the most turbulent year of modern Turkish political history.”

But then, my editor, who has known me since we both wore shoulder pads and drank cheap wine, uttered the magic words: “Have a glass of hot wine… or two.” Given the power of the wine for putting things in a positive light, it defies logic on why autocratic leaders are not out rooting for it. Anyway, after two glasses, here is my list of three great things about 2016:

1. The Turkish sense of humor, though wounded, it survived and got even stronger. This is no small accomplishment. After all, it has been tested by everything, from bombs to a coup attempt and a series of deaths, Turkish jokers; from brave professionals, who work in satirical newspapers, to prolific amateurs on social media, managed a smart, scathing and apt turn of phrase for one ordeal after another. I remember a cartoon published on the cover of a satirical magazine that showed the president posing cheek-to-cheek with a rugged-looking muhtar (village head) saying “Come on, snap, snap, Muhtar, let’s show the world what a selfie is,” – a wicked reference to the Turkish president’s rage against European consul-generals who took a “solidarity selfie” with journalist Can Dündar. Zaytung, a satirical website which consists of ironic made-up news, had some memorable headlines with more than a ring of truth: “The EU, which is in dilemma over refugees and the free movement of Turks, decided to cast an unprejudiced eye over refugees,” and, finally; “The New Year tradition of harassing women at Taksim Square is over due to terrorism and economic crisis.”

Social media also gave great platform to creative jokers. When the Municipality of Kütahya distributed a book titled “Marriage and Family Life” that said that if parents talked during sex, their child would be born with a stutter; a tweet said: “Mother, is that why I cannot pronounce my r’s?” The mother tweeted back: “Be thankful that we were mostly quiet, what if we had talked throughout the whole thing?”

2.Despite attacks, art continued: Statues removed for ideological reasons and nude paintings or statues censured, auto-censured or destroyed and exhibition openings busted by vandals - despite all these - Turkish artists continued to produce art, and like with the case of humor, challenges made their work stronger and even more relevant. “Inci Eviner retrospective” at the Istanbul Modern carried out some excellent works that focused on violence against women;  Koç University’s Research Center for Anatolian Civilizations’ “Byzantium’s Other Empire: Trebizond” also reminded us of the great history of the Hagia Sophia Church in Trabzon - which is now used as a mosque, with its ancient frescos covered in drapes since 2015), FuturoTextiles in CerModern gave us a glimpse of a future where resources are used more efficiently and the Arkas Art Centre in Izmir held “Anatolian Travels”  of French scientific missions, an exposition which contained many items displayed for the first time outside France.

3.The public took a strong stance on key issues:  After the news of child abuse cases happening in a charitable foundation, people mobilized strongly against it, pushing politicians to take a stronger stance on protecting children. A strong teacher denounced a principal who had abused a dozen students in which women’s groups of different political views rallied to support the brave teacher, preventing the man from escaping punishment, as had been the case for many others before.

A similar stance was displayed after the murder of a transgender sex worker in Istanbul. Many conservative Turks, who had been indifferent to death of transgender sex-workers and viewed the dangerous life they lived as “a natural consequence of the path they have chosen,” were genuinely moved by the death and mutilation of 21-year-old Hande Kader. They took to the streets.

Women’s groups with different paths united against marrying under-aged girls to their rapists, which the government eventually withdrew the proposed law.

Oh, I know there are many buts, many “not enough” and many, many negative things. But it is the eve of a new year, so can I just think of these three points, light some candles, heat up the wine and practice hygge?

Hygge, as I understand it, is an untranslatable Danish word, and can only be explained as “the ritual of enjoying life’s simple pleasures.” It means cashmere socks, untreated wood, cinnamon buns and a real fireplace.

Then, I can turn off the news and pretend that I am Danish for the New Year’s Eve.