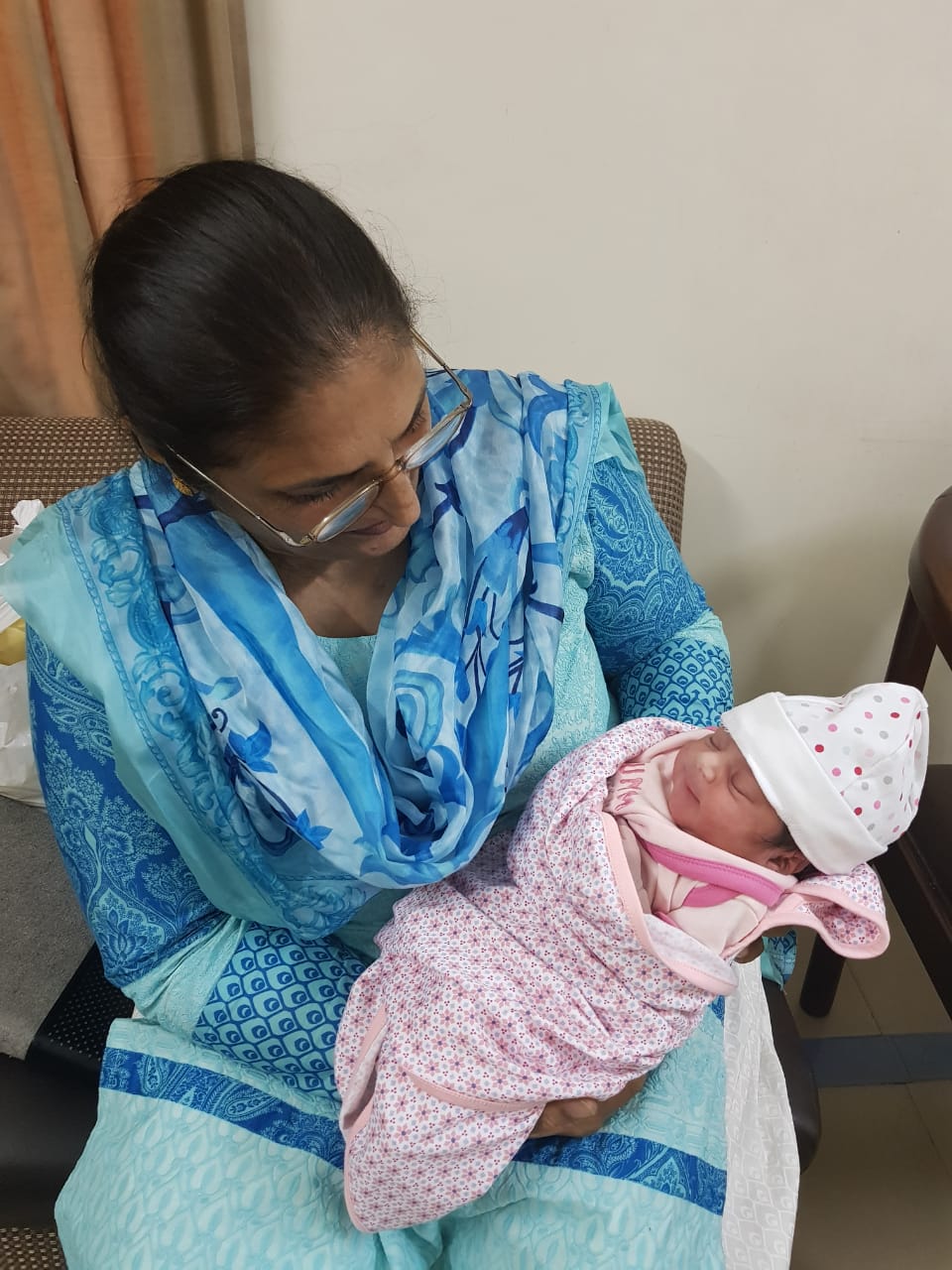 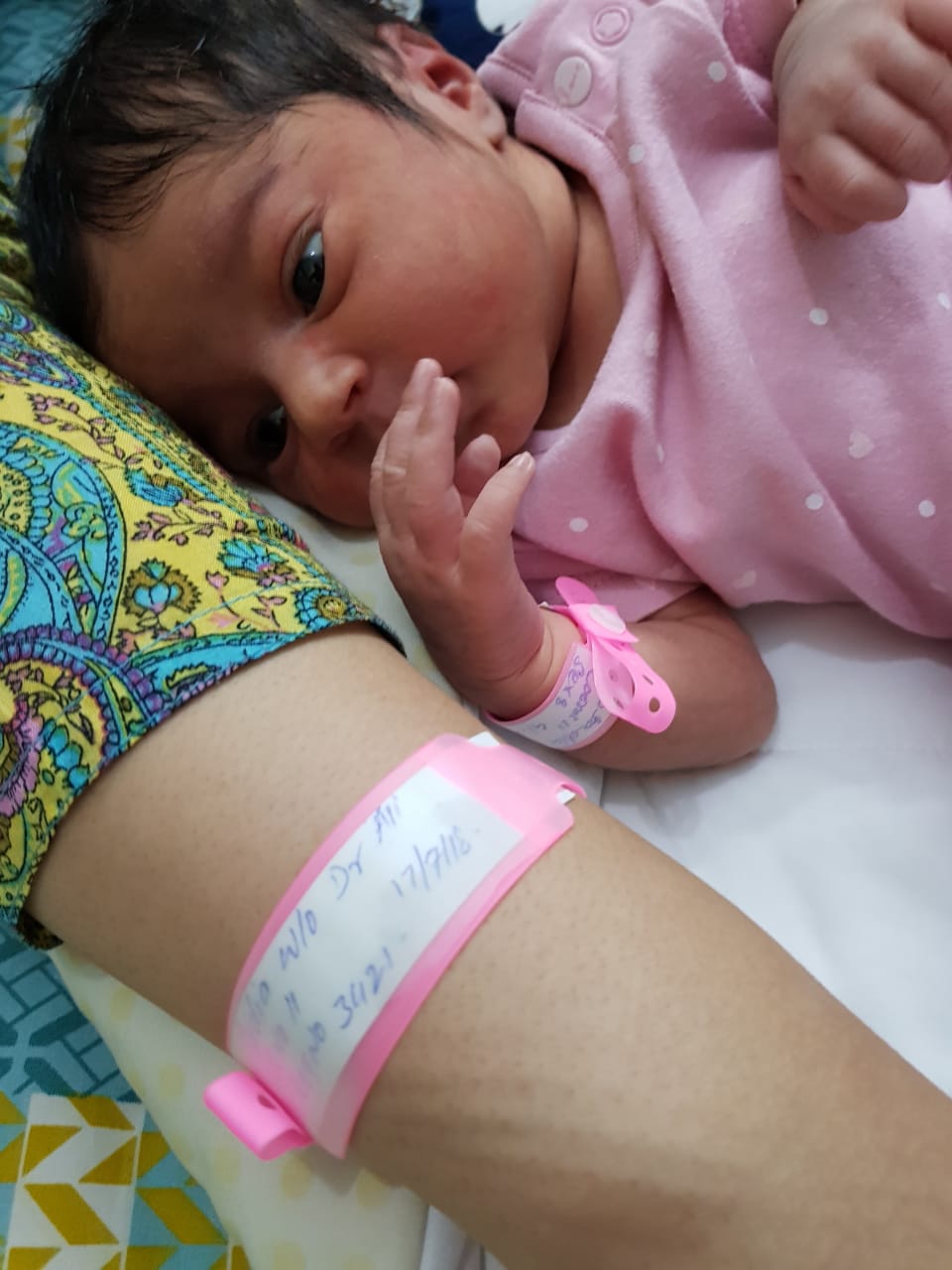 I found out about a year ago that I was pregnant. In a week of that, I had on and off bleeding and was told that it's a threatened miscarriage and I was prescribed complete bed rest. That led to me quitting my day job and getting part-time on my project I was working on for years. NOT a good feeling. I felt that in a world where motherhood is glorified I was being cut off on my work and resources. Not a good feeling.

By 39 weeks I did not feel any pains but the baby’s heartbeat was falling and the doctor took me in for the c section. I was cut open under general anesthesia and I slept through the whole process. When I gained my consciousness the baby was in nursery and I was on heavy painkillers. Nothing felt real. It felt like a story from our childhood where we were told that babies come in baskets from heaven. That is exactly how I felt: while I was asleep someone came by and dropped a little baby. 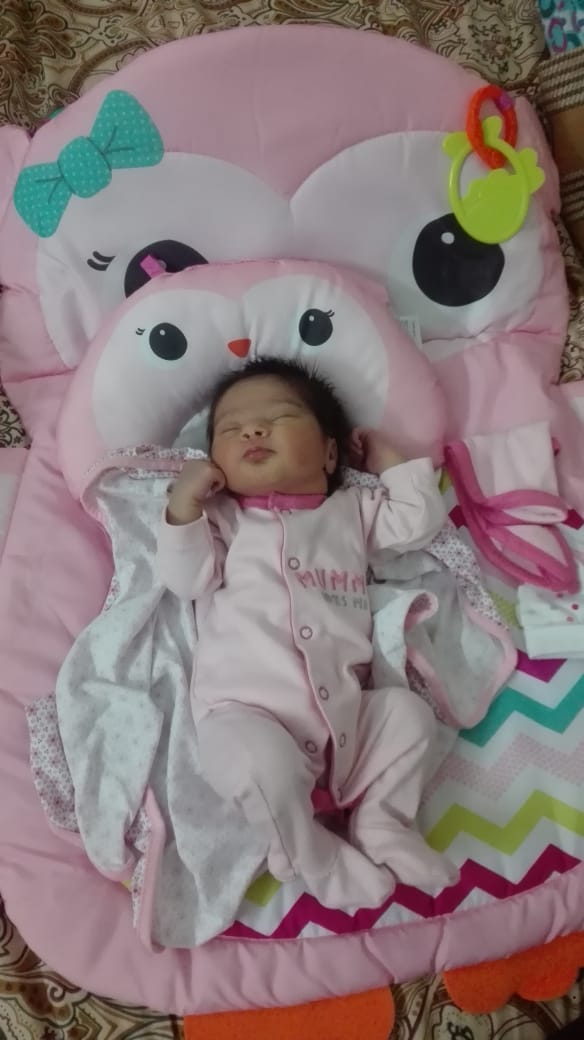 The first few weeks it felt like I need my mother more than I becoming one. Every day and night seeing mama running from kitchen to taking care of me and the little one considering she not being well herself was a crazy ride.

With each day passing with those teeny tiny hands touching me to the big button eyes piercing through my heart with love made me fall in love with that little soul. I don’t know if it is insane or normal but what I felt was that with each days passing and smelling the love of the baby imprints in a mother.

Motherhood has changed me. For the better, I hope. And while I was pondering this today, thought about my own mother. How she would have spent her life with us, raising two children while moving every two years. And it also reminded me of the ways I had let her down or looked down on her.

How other mothers have made us ashamed of our mothers by taking her seat in the ladies club and telling her that your clothes are not expensive enough. How my own khalas have told me to make sure my mother shop at more expensive places as she has in-laws of her son and daughter to meet with.

Will I ever be able to get out of the regret of the fact that I did not learn enough of her amazing skills. And tell her that the number of skills she has no one in my surrounding have? Being a prisoner to consumerism and colonialism does you no good. Being your own self with amazing skills and power to spread love is what rare gems like you possess. I love you, mama. I have always thought that I follow what baba have but I have realized that I have more of you in me that I ever thought I had.