I wish I had grown up with sisters. Maybe then I wouldn’t have felt so blindsided by the conversations about sexual violence emerging across the world right now. I’m ashamed to say that I have been completely oblivious, even about the women with whom I am especially close.

That I am only now realizing the truth, thanks to the #MeToo movement and, most recently, the Kavanaugh hearings speaks to my own male privilege. I grew up with three brothers, and we hardly ever talked about sexual violence. I can’t recall a single occasion where my brothers or I refrained from doing something because we worried that our gender made us targets.

Certainly, we felt that way about other aspects of our identity. As Sikhs growing up in post-9/11 America, my brothers and I are always cautious about the way people might treat us when they see our turbans, beards and brown skin. Over the years, I have come to learn that those who don’t experience racism often have a hard time relating to such experiences. A term that has helped me articulate this feeling is “white privilege.”

But I’m recognizing that misogyny and sexism are far more pervasive, systemic and pernicious than I ever realized. As more women have shared their stories over the past several months, I have begun to understand that sexual harassment and violence are not anomalous. They’re disturbingly commonplace.

Part of my process of self-education has been to ask women about their experiences and to listen to their replies. And, perhaps above all, to believe what they say.

I have been floored that every single woman I have asked has confirmed my darkest fear — each of them has experienced sexual harassment personally, and most of them, on multiple occasions. 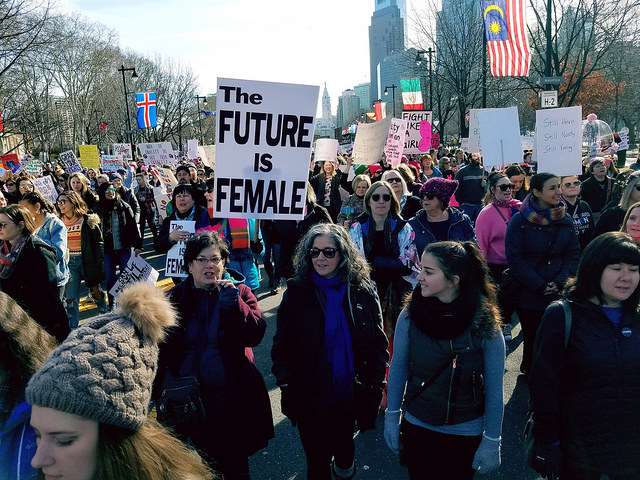 Having been on the other side of white privilege makes me feel especially ashamed to realize that I have overlooked roughly half of the people I’ve come into contact with every day of my life. As someone who knows what oppression feels like, shouldn’t I have known better? Shouldn’t I have been more attuned to my own male privilege?

The answer is a resounding yes. But I also believe that people learn and grow over time. And similarly, society learns and grows over time. I like to think that we are currently undergoing a transformative moment. After all, identifying and acknowledging our own flaws is the first step toward progress.

In other words, men: We have seen the problem, and it is us.

My own guilt in this goes beyond whether I have ever knowingly done anything to hurt women. (I haven’t.) I have not done enough to help lift up women. If silence in the face of injustice is complicity — and I believe it is — then I know that I have been guilty. I also know that I can do better.

With due respect to #MeToo, I have been reckoning with this confession since my first daughter was born two years ago. My lens on sexism changed drastically with her birth. Before, I recognized that sexism was a problem. Now, and only now, it feels personal; now, and only now, am I realizing that this affects me too. I have trouble not seeing misogyny and violence against women everywhere I look.

But the current crisis shows that there’s more to it than trying to make sense of raising girls in this toxic environment. Perhaps we are all part of a cultural shift where we are collectively agreeing to change what is acceptable and normative. I am hopeful that our current focus on exposing sexual violence is a first step toward creating a more healthy and equitable society.

Though to ensure that, we all have to agree to do the work of challenging patriarchy. Let’s decide, as men, to confront our male privilege, to listen and believe women, to actively dismantle the systems that allow us to ignore sexism and misogyny.