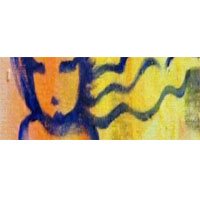 When discussing psychosexual functioning following FGC, it is critical to acknowledge and recognize that many women who have undergone FGC will not experience sexual health problems. It is also important to note that many women with intact genitals do experience sexual difficulties. Female sexuality is a complex integration of biological, physiological, psychological, sociocultural and interpersonal factors that contribute to a combined experience of physical, emotional and relational satisfaction.

Nevertheless, symptoms of Post Traumatic Stress Disorder (PTSD) can interfere across the continuum of sexual behavior affecting desire, arousal, physical and/or psychological pleasure. The amygdala is the organ in the brain that alerts us to possible danger and responds to the danger by triggering the fear response along with the release of the stress hormones.  A state of negative hyperarousal persists for those who have been re-triggered by some person, place or memory associated to the original trauma while suffering from PTSD (see The Body and The Brain).

For some women affected by Female Genital Cutting (FGC), re-traumatizing triggers can be their initial (and ongoing) sexual experiences. Not only can the physical position (identical to that required for FGC) induce a flashback, but the already traumatized genital area can feel repeatedly violated with sexual activity, gynecological exams—or childbirth itself. [Note. in Sahiyo’s Exploratory Student on FGC in the Bohra community, 108 women reported that their FGC (khatna) had adversely affected their sex life –

When these flashbacks occur the brain’s fear circuitry takes over and the hippocampus can no longer communicate effectively with the amygdala to allay its fears. This condition often leaves those affected feeling emotionally charged with generalized fear(s) that persist even after the traumatic event has passed. (See also ‘The Clitoral Hood – A Contested Site’)

There are 3 primary psycho-sexual complications commonly associated with FGC:

Sexual difficulties can occur because for FGC survivors, positive sexual arousal mimics the physiological experience of fear. Once these hormonal and neuroanatomical associations have been forged through the intense experience of trauma and the associated PTSD symptoms, it can be difficult to uncouple them.

In these instances, arousal frequently signals impending threat rather than pleasure. Thus, the biology of PTSD primes an individual to associate arousal with trauma and this impairs the ability to contain the fear response—which in turn impedes sexual functioning and intimacy.

Due to repeated pain during sexual activity, women may develop anxiety responses to sex that restrict arousal and increase frustration—all of which can contribute to vaginal dryness, muscular spasm, painful intercourse and/or orgasmic failure. Women may actively avoid sexual activity to minimize feelings of physical arousal or vulnerability that could trigger flashbacks or intrusive memories. Others have reported that merely the fear of potential pain during intercourse and the frustration around delayed sexual arousal contributes to the lack of sexual desire. Recurring pain triggers memories adversely affected by the cutting. Chronic pain and distasteful memories reinforce each other and create a situation of mutual maintenance.

Emotional and/or physical pain during intercourse diminishes the enjoyment of both the woman and her partner. Complications such as these can contribute to feelings of worthlessness, inhibit social functioning and increase isolation. In fact, many women have expressed feelings of shame over being different and ‘less than’. Some may experience their circumcised genitals, now deemed ‘different’, as shaming. Others may feel responsible for the relationship distress that results and carry a burden of guilt for being unavailable to “provide” sex. They may perceive their anxiety and difficulty about permitting penetration as something they must overcome.

The psychological issues for younger women who have undergone FGC and are living in Westernized societies may be especially complex. These women (and their partners) are subjected to different discourses of sexuality that centralize erotic pleasure and frame orgasm as the endpoint of sex for women and men. Some women may struggle with what are deemed irretrievable losses. Feelings of aversion may extend beyond sex to physical closeness or even intimate relationships in general. In other situations, a woman may feel inferior to other women or less entitled to positive relationships, so that she may engage in an unsatisfactory or even damaging relationship which could further diminish her self-esteem. Another underlying belief behind FGC is that women’s genitals are impure, dirty or ugly if uncut. As a result of this perception, the female body is viewed as flawed—forcing women to modify their physical appearance to fit standards far removed from health, well-being and gender-equality objectives.

Unfortunately, the very nature of this subject often doesn’t allow for much insight, since FGC has always been shrouded in secrecy. Women may be reluctant to disclose because of the fear of being judged, since FGM/C is perceived by outsiders to be illegal, and abnormal. The belief that sexual matters are to be kept private also makes FGC-affected women inclined to keep quiet about their symptoms and suffer in silence or attribute their pain to other sources. However, healing from the trauma through talk therapy as well as open discussions about strategies for obtaining sexual pleasure after FGC can be critical for women to regain control of their sexual identity.