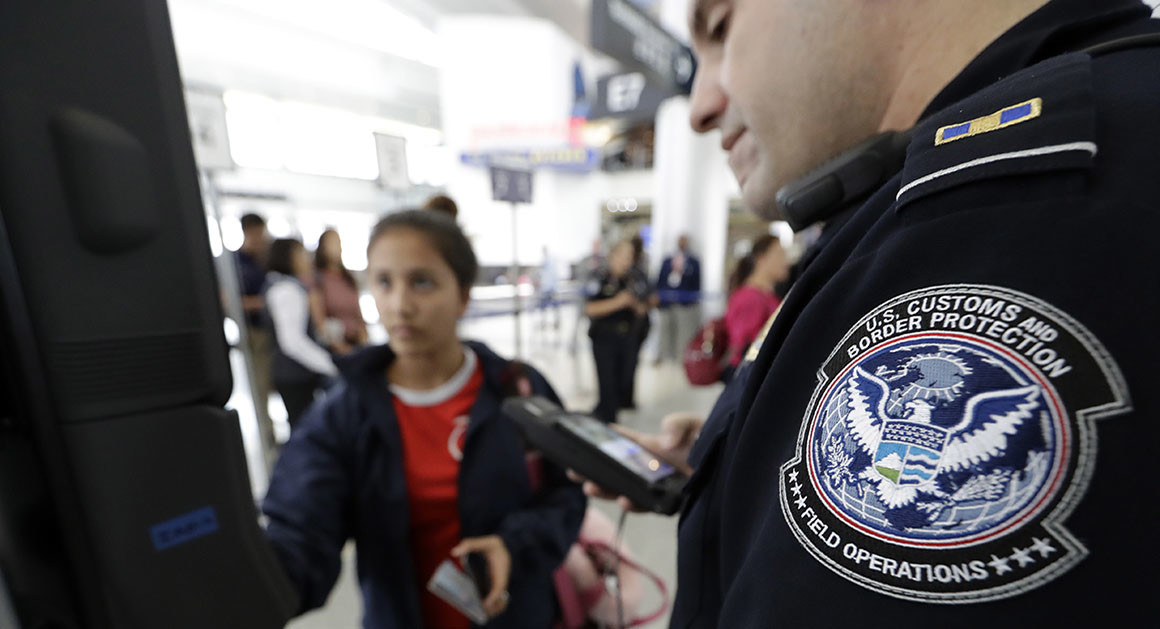 After a week of exhausting travel in London, I wanted nothing more than to see my wife and children.

Customs and Border Patrol at Dulles had other plans.

On Aug. 6, I landed on UA919 from Heathrow to Dulles wearing my Ahmadiyya Muslim Community logo-embroidered press jacket. I cleared passport control with my Global Entry card, and called an Uber as I headed for the exit.

That’s when Customs and Border Protection, as one of the officers I encountered put it, “randomly selected” me for additional screening. What I experienced next involved harassment, threats of further interrogation, allegations that I was non-compliant and breaking the law, an attempt to confiscate my travel documents and childish stalling tactics — all courtesy of officials hired to protect Americans like me.

There’s a deep irony of my experience with the CBP that day. At an extremely busy Dulles airport, the CBP interrogation hall was virtually empty. A middle-aged white woman in a ponytail singled me out of the crowd.

“Hi sir, can I check your passport?” she asked.

I took a deep breath and quietly handed her my passport.

She flipped through my passport and asked without looking up, “Where did you travel and for how long?”

I let out an exasperated sigh. It wasn’t the first time I’d been “randomly selected”—an experience that’s all too common among my fellow Muslim Americans.

We walked into the vacant interrogation room. “Sir, have you handled any livestock while in the UK.”

“Are you smuggling any fruits or vegetables, seeds, things of that like?”

“OK sir, place your luggage on the X-Ray belt and pick them up on the other side.”

I complied without saying a word and walked to the other side to await my luggage.

My luggage appeared and the CBP agent remarked, almost disappointed, “Well, your luggage cleared. You can go.”

I grabbed my things to walk away, grateful that the ordeal was over after my now second screening since landing. Bizarrely, another CBP officer walked up—a male.

“Nothing. I’m leaving,” I responded, eager to get home to my family.

He wasn’t satisfied. “Why are you giving us attitude?”

Confused as to what his question had to do with anything, I responded bluntly, “Can I go now?”

I let out another sigh, but complied.

As I set my bags back on the steel counter, I added, gesturing toward his colleague, “Look, I have Global Entry. This officer checked my things. She cleared me. What’s the issue?”

The second CBP officer didn’t respond. Instead, he opened my bag and took out the chocolate I had brought from London for my children.

“What's this?” he asked, as if he’d never seen chocolate before.

“Heathrow. Here’s the receipt.” (When I’m traveling, I always keep receipts, especially of what I buy at airports, for this very purpose.)

Now I was getting frustrated. “My kids’ chocolate is a matter of national security now?” I asked. “Seriously?”

“I’m opening this chocolate whether you like it or not.”

He proceeded to rip up the chocolate with a pocketknife. Apparently that’s the CBP test for explosives. (Spoiler alert: The chocolate, a bar of Cadbury Dairy Milk, was non-explosive.) I stood there with a blank look on my face.

“OK, you can go,” he finally conceded.

Grateful my third screening was finally over I grabbed my things to dash out as fast as possible—but not fast enough. Another CPB officer approached us.

“Yeah, I’ve heard that before. Bye.” I turned to walk away and yet again was instructed to stop despite having been cleared now three times. I complied and turned around.

“Give me your Global Entry card.”