By Marisa Manfredo for Occupy Democrats. 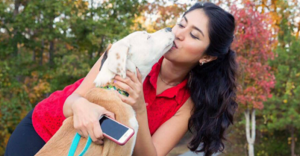 A post by Nazanin Zinouri, an Iranian woman who has lived in America for seven years during which she completed a Ph.D. in industrial engineering, has suddenly found herself unable to return home. President Donald Trump signed an executive order to ban all travel into the United States from seven Muslim-majority countries, including Iran. Zinouri lost her life – her dog, her home, her career, her car, her possessions, and her American friends.

In a heartbreaking post on Facebook she writes, “No one warned me when I was leaving, no one cared what will happen to my dog or my job or my life there. No one told me what I should do with my car that is still parked at the airport parking. Or what to do with my house and all my belongings. They didn’t say it with words but with their actions, that my life doesn’t matter. Everything I worked for all these years doesn’t matter.”

Zinouri attempted to make a last minute trip home when she heard that Trump was actually going to sign into effect his notorious campaign promise of a Muslim ban. She made it to Dubai, but she arrived too late. Zinouri was denied boarding the aircraft to America and was left stranded in the airport. Until Trump’s executive order was signed, she was living in South Carolina under a work visa and employed at the tech company Modjoul. Trump stripped away the visa that she earned with a single stroke of his pen.

Zinouri is one of the thousands of human faces of the crisis Trump has caused. Without warning Trump destroyed her life. His chaotic implementation of the probably unconstitutional Muslim ban had no plan for people like Zinouri – immigrants who have American lives and who make valuable contributions to our country.

Her puppy Dexter is currently being cared for by neighbors.