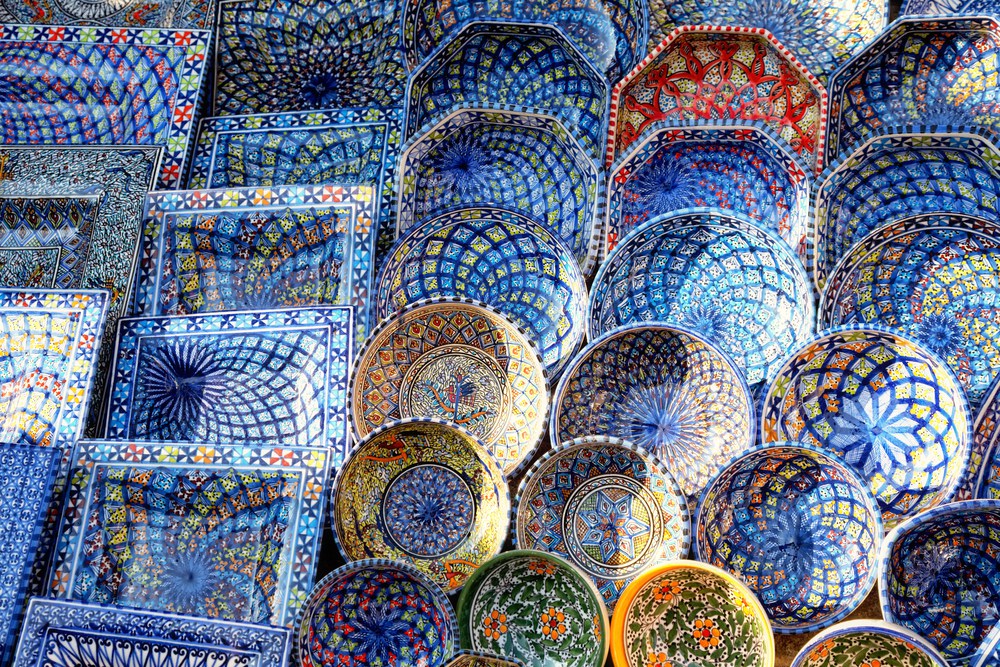 It was back in the mid-1980s that I drove to Qal at el-Andles in search of the remains of the Spanish Muslims who had been forcefully evicted from the Iberian peninsula. Stopping our auto, I asked a passerby, `I want to speak to someone who knows the history of this village. Is there anyone?’ The man looked at me inquisitively. `Go to the town’s coffee-house and ask for Sidi al-Bakr al-Andalusi. He is the historian of our village’. In a few minutes we were in the coffee-house talking to al-Andalusi, a professor of literature in the University of Tunis. I was excited as I introduced myself, then continued, `I have come to search for traces of the Arab-Andalusians in this country. Do you know of anything that has remained pointing to these Muslim Spaniards?’

As Sidi al-Bakr talked a smile crossed his face, `Note my name and the name of this town. Are they not indicative of that past? Look at the people round you. Do they not exhibit strains from the north? Although in the last few years many of our people have moved to Tunis and other Tunisians have moved here, as you see, the majority still appears as if their fathers come from al-Andalus (the Arab name of Moorish Spain) only yesterday’. He continued, `If you search the root of their family names you will find they are as Spanish as any Spaniard’. Smiling, he went on, `Even many of our dishes still carry the touch of Andalusia’. Pointing to a woman passing by, he went on, `Look at that women’s attire! Note how it differs from other Tunisian dresses! I believe this is the clothing once worn by the Arab women in Andalusia’.

Al-Andalusi was not romanticising about the influence of the Andalusian Muslims left in Tunisia, but only relating historic facts. As the Christian armies, little by little, occupied Arab Spain, many Andalusian Muslims, rather than live under the Christian yoke, fled and settled all the way from Morocco to Tunisia. In that era the Arab Muslims who were fleeing Spain, were scientifically, economically and intellectually more advanced than both the Christian West and Muslim East. A great number of these fleeing refugees came to Tunisia and enriched the country with their introduction of capital, refined way of life and new technologies in the fields of architecture, manufacturing and agriculture.

In The History of the Maghrib, Ralph Mantheim states that the Andalusians introduced court etiquette, formalism and diplomacy into North African society. Also, they revolutionized the whole concept of politics, relaxing its ties with society and religion. Unlike most Muslims of that time, they regarded religion as a private concern – a far cry from the view held in the countries of Christian Europe and the Muslim East.

From the time of the fall of Cordoba and Seville in the middle of the thirteenth century until 1609, the Spanish-Arab Muslims came to North Africa in unbroken waves. As many as 150,000 of these refugees, in the span of 350 years, made Tunisia their home. However, only the educated and wealthy could afford the hazard of such a long trip to rebuild their lives in a new domain.

In 1609, when the Spaniards expelled all the Moriscos (Spanish Christians who were former Muslims, but not trusted by the church) approximately 80,000 came in a single year. Unlike the previous exiles these new refugees were mostly peasants who, although they were at that time the best farmers in the world, were only semi-literate. After one hundred years of forced conversion and persecution they had lost much of the refined way of living enjoyed by their ancestors.

They came to Tunisia, skipping Morocco and Algeria, at the invitation and with the help of the ruling Dey who was having problems with his neighbours. He wished to make his country strong, knowing that the Andalusians’ advanced farming methods would enrich his land. When they reached his domains, he settled them along the Medjerda River, the most fertile part of Tunisia. Both the earlier and this later immigration were responsible for devastating the intellectual life and the prosperity of Spain, but on the other hand, they helped Tunisia to prosper and flourish.

These Arab Muslims of Spain, even though they were Arabic-speaking, did not melt into Tunisian society, but retained their separate identity. They established themselves in separate quarters in the cities and built their own villages. According to Jamil M. Abun-Nasr in A History of the Magbrib, the seventeenth century Muslim-Andalusians in Tunisia were organized as a distinct community under a leader of their own, entitled `Shaikh al-Andalus’.

Today, these quarters and villages, although not exclusively inhabited by the descendants of the Arab-Andalusian refugees, are still known as the Andalusian quarters or Andalusian villages. In the countryside, especially along the northern coast and on the banks of the Medjerda River, the towns established by the last wave of exiles, can, to some extent, still be identified as being of Andalusian origin. Any knowledgeable tourist driving through that part of the country will find that many of these towns, now surrounded by modern urban areas, still retain, in their older sections, some of their former Arab-Andalusian character.

In most of the cities of Tunisia, the first waves of Spanish-Arabs built charming palaces and planted beautiful gardens and orchards – replicas of the ones they had lost in Andalusia. Ambitious, these exiles excelled in, and sometimes took over, certain trades. The manufacturing of the Tunisian fez, known as the chechia, which in former times was worn by every male is still, to a certain extent, under the control of their descendants. Also, the fine artisan products today’s tourists find in the souks of Tunisia are still, in many cases, fashioned by the hands of the immigrants’ offspring.

In the countryside, especially along the Medjerda River, the Muslim Andalusians who had created in southern Spain one of the wealthiest nations on earth, made Tunisia boom. The advanced method of agriculture, which they had developed in their former homeland, flourished in their new nation. The famous Arab-Andalusian gardens of the Iberian Peninsula are still alive today in every part of the country where these unhappy refugees settled.

As a result of the Spanish Muslim impact, Tunisia experienced a renaissance in all forms of art. When the Andalusians made Tunisia their home, they introduced into their new land the refined art of their former country. The art of al-Andalus merged with the previous austere Tunisian art to form a new, delicate Tunisian style. Throughout Tunisia this new style flourished. Mosques, palaces, schools and homes, decorated with colourful tiles, became a common sight. As was the case in Muslim Andalusia, the colours of these tiles contrasted pleasantly with the higher white lacework of plaster. The ceilings, usually painted olive green or blood-red or sometimes a mixture of other bright colours, were a carbon copy of those which once adorned Andalusia.

To complement these palaces and gardens the Andalusians introduced the famous Arab-Andalusian music. Through the following centuries, this music, brought by the last wave of refugees in the seventeenth century, did not die out but evolved to become the national music of Tunisia. Today, in the city of Tunis, the Rashidiya, an Arab music conservatory established in 1934, is the only centre in the world where Arab-Andalusian music is preserved and studied in its pure original form. A type of this music, the Malouf, with its fourteen modes (noubes) is heard and enjoyed in most Tunisian homes. There is no question that nearly every type of Tunisian song and dance shows traces of Andalusian influence. An informed observer can easily detect that the folklore music and dances of modern Andalusia relate closely to the song and dances of this North African land.

A strange phenomenon in Tunisia, today, is that the people who are descendants of the Spanish exiles, have preserved their identity. They still, to some extent, marry from among each other and, in many cases, their children have blond hair and blue eyes – a remnant of their Spanish heritage. Even after all these centuries they are proud of what their exiled forefathers had developed in Arab Spain.

At the turn of the century in the year 2000, I again travelled to Qal c at el-Andles, seeking Sidi al-Bakr al Andalusi, but alas, he was not in his favourite haunt. The owner of the same coffee house, told me that he was now in Tunis. I was truly disappointed. During my first trip he had been a fountain of knowledge. Al Andalusi’s town, Qalat el-Andles, remains a fine example of the towns built by the last wave of refugees. Even though, like in all other parts of the country where they settled, they made the land bloom, very little is known of their history and accomplishments, even by the Tunisians.

Arab villages established by these Arab-Andalusians all through the north of Tunisia still survive. In the countryside round Bizerte there are several old Andalusian villages which carry characteristics of Arab Spain. Rif Raf, with its Andalusian type needlework and El Alia, a Spanish type village of white houses, are two such. Even though they are now encompassed by modem structures, their hearts still retain the aura of Al-Andalus.

The older sections of these Andalusian villages are built in an attractive style. Usually, they are laid out at right angles in the same fashion as the ones the Arabs built in Spain. The minarets of the mosques, in the majority of cases, are of baroque style and consist of three parts. These minarets are laid over a foundation of stone and constructed with Andalusian type red bricks, then surfaced with delicate relief-work and majolica tile. Also, the window shutters, found today not only in the Andalusian villages but all over Tunisia, are of Arab-Andalusian origin. The descendants of the Spanish refugees are still fashioning these shutters, especially in the Andalusian quarter of Bizerte.

Along the Medjerda River, Testour remains, perhaps, the best example of these villages. This small city, 50 miles west of Tunis, is filled with sentimental recollections of its Arab-Andalusian past. With its setting, tiled homes, and streets named as if Testour was a part of the Andalusia of the past, it appears as a truly southern Spanish town. The great mosque, in the same fashion as the Spanish Muslim mosques, has two courtyards. In the inner courtyard an attractive sundial catches the eye of the visitor. Its newly renovated minaret incorporates both Arab and Spanish design and is covered with attractive tile-work.

Another jewel of Arab-Andalusian handiwork is the zawiya (shrine) of Sidi Nasir bin `Alam. The delicate plaster artwork is by itself worth a visit. However, the mosque and zawiya are samples of the visible ties with Muslim Spain. Every summer in July-August, a musical festival of the Andalusian malouf is held in the city. The architecture and this cultural event will, without doubt, remind a traveller interested in history, of an Andalusian village which has been transplanted to Tunisia.

Other villages built by the Arab-Andalusians, although not preserving their heritage as well as Testour, nevertheless, still show some signs of Arab Spain. Soliman, in Cape Bon, a picturesque Andalusian farm village developed by the Spanish Muslims, is noted for its seventeenth century Muslim-Andalusian minaret decorated with Spanish type tiles; Slugiya, is famous for its zawiya which has superimposed Andalusian arches; the old section of Mejez El Bab, overlooking the Medjerda River, still has homes built in Andalusian fashion; and old Ariana, now a suburb of Tunis, is filled with the atmosphere of Muslim Spain.