By Tim Arango for The New York Times 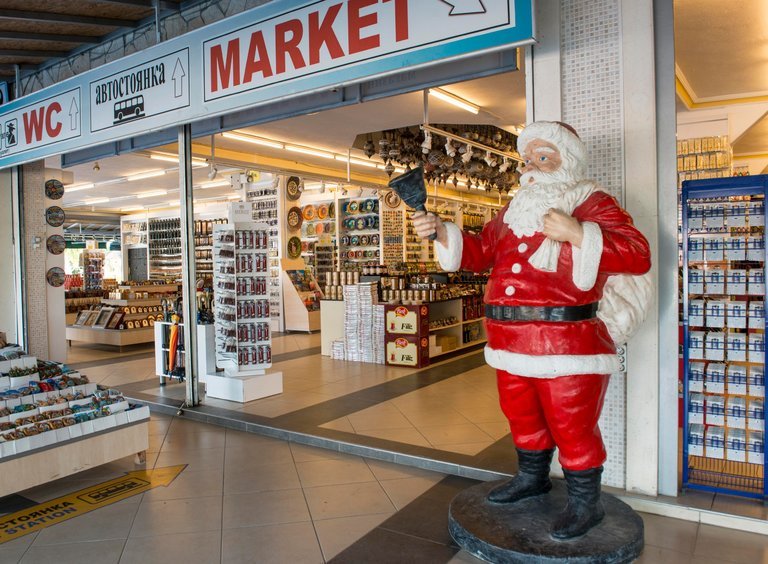 A gift shop in Demre, Turkey, where Santa Claus got his start as St. Nicholas, the fourth-century bishop known for his giving. Credit Monique Jaques for The New York Times

DEMRE, Turkey — The jagged Taurus Mountains rise on one side of the church, while the Mediterranean Sea gleams in the distance on the other. The bougainvillea is in bloom, the orange trees bursting with ripe fruit. It is, in other words, a long way from here to the North Pole.

And yet there, in the center of town, is a familiar face, white-bearded and dressed in red. He is Demre’s most famous son: Santa Claus.

Yes, Virginia, you heard that right, Santa Claus is from Turkey. But this year, Christmastime in Demre is far from cheery.

The man who would capture the imaginations of children the world over got his start as a fourth-century bishop in what is now Turkey, centuries before the Ottomans invaded these lands and established a towering Islamic empire. His name was St. Nicholas, and his church is now a museum. Born a rich man’s son, he took his inheritance and gave to the poor, in anonymous gifts that some here say were dropped down the chimneys of homes.

As millions of children around the world drag their parents to shopping malls to sit on Santa’s lap and tell him their wishes, hardly anyone is coming to Demre. Turkey has an abundance of problems — frequent terror attacks, a swelling population of Syrian refugees, mass arrests after a failed coup — that have driven tourists away. The only foreign visitors to Demre these days seem to be a small number of Russians, many of whom revere St. Nicholas as the third-holiest figure in Christianity, after Jesus and the Virgin Mary.

“The Russians don’t get as scared as the Europeans,” said Okan Ozel, who works in the cafe at St. Nicholas Church. Don’t worry about terrorist bombs, he admonished a visitor, and “tell the world they shouldn’t be scared.”

“There is police here,” he added, “and they won’t even allow us to put trash bins outside.”

With few visitors to tend to, Mr. Ozel, a Muslim who said he regarded St. Nicholas as an important historical figure, had plenty of time on a recent sun-splashed afternoon to sit and drink tea and Turkish coffee on the museum’s grounds and talk about Santa Claus.

“It’s true that he dropped gifts from the chimney,” he said. “Because poor people from here are very proud people, they wouldn’t have accepted gifts if he had just handed them to them. That’s why he dropped them from a chimney.”

A famous story about St. Nicholas that has been passed down through history goes like this: Hearing that a poor man was forcing his young daughters into prostitution because he could not afford dowries, St. Nicholas gave him gold. But he did so anonymously — tossing the gold through a window or, maybe, down the chimney.

“The biggest thing St. Nicholas did was help the children,” Mr. Ozel said, nodding toward a statue of a man resembling Santa with children on the museum grounds. “He gave them gifts.” 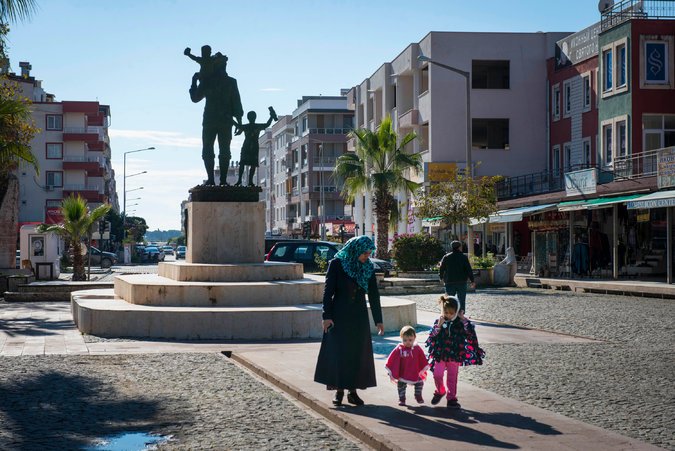 Demre, in southern Turkey, where Santa Claus got his start. CreditMonique Jaques for The New York Times

It is easy to imagine Demre trying to profit from its history — to transform, perhaps, the city center into an Anatolian Santa’s village. But there is surprisingly little commercialization of Christmas, save for a car rental agency called Noel Rent a Car and the Noel Café, each of which uses Santa Claus as its logo.

And across the street from the church is a gift shop, with a life-size figurine of Santa Claus out front, that sells ornaments, magnets and mugs as well as Turkish teas and soaps.

There are also shelves of whiskey and vodka.

“That’s for the Russians,” said Natalya Mehmetoglu, who works at the shop. “No one else really buys that.”

Residents tend to stick to the history of the man, St. Nicholas, and largely scoff at the popular image of Santa Claus in the West, which they regard as a product of crass commercialism.

“People just kept telling stories,” Mr. Ozel said. “It became a business. The story kept changing as it was told in different parts of the world.”

Still, Mr. Ozel said he believed the government could be doing more to promote the special history of St. Nicholas and his place in worldwide Christian traditions. In Turkey these days, the Islamist government of President Recep Tayyip Erdogan has worked hard to promote the country’s Ottoman history while, critics say, ignoring Turkey’s important place in Christian history. 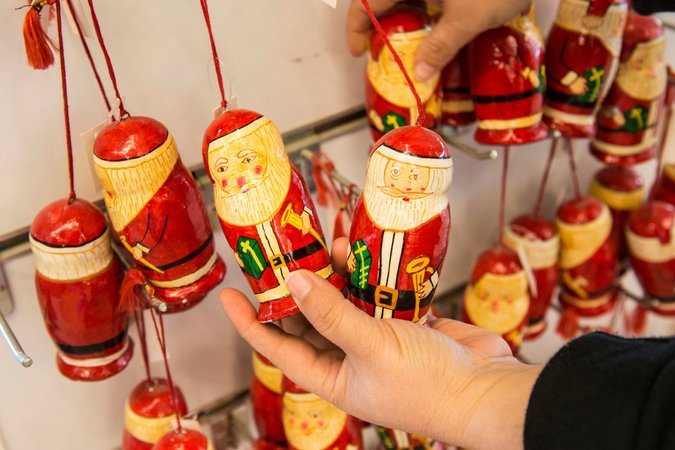 A local gift shop sold ornaments, but many tourists have been driven off by Turkey’s many political and security problems. CreditMonique Jaques for The New York Times

Last year, Mr. Ozel and his friends tried to put on a play about St. Nicholas’s life at a local amphitheater but could not find any financial support, not from the municipality or elsewhere.

“People are just close-minded,” he said. “No one really cares. No one was interested.”

Erdal Karakos, a tour guide who was taking a few Russians through the museum recently, said, “You call him Santa Claus, but the Orthodox call him the wonder maker.”

Mr. Karakos added: “He was a holy man. He didn’t have this red dress or beard.”

He noted that the popular image of Santa Claus — the big belly, the beard, the red suit and the reindeer — largely came from depictions of Santa Claus in Coca-Cola advertisements beginning in the 1930s. Those ads, in turn, drew inspiration from the 1823 poem “A Visit From St. Nicholas,” famous for its description of Santa as a “jolly old elf.” Nowadays the poem is more often referred to by its first line: “’Twas the Night Before Christmas.”

In addition to his anonymous gift-giving, St. Nicholas is remembered as a maker of miracles, and Russians and other Orthodox Christians come to Demre to pray for healing or to be saved from financial ruin. Many couples who are unable to conceive come and pray for children.

Yulia Abdallina, a Russian who came to Turkey a few years ago for an internship and ended up staying and working at the museum’s gift shop, said that every so often, “real Santa Clauses” visited, dressed in red outfits. The last one she met was from Germany. “He was really fat, and he had a white beard,” she said.

In the history of St. Nicholas and the story of Santa Claus, there is the common thread of selfless giving, the spirit of this season.

“St. Nicholas was a kind and good man, and he was rich,” Ms. Abdallina said. “And he gave all his money away to people. But he didn’t want to be recognized.”