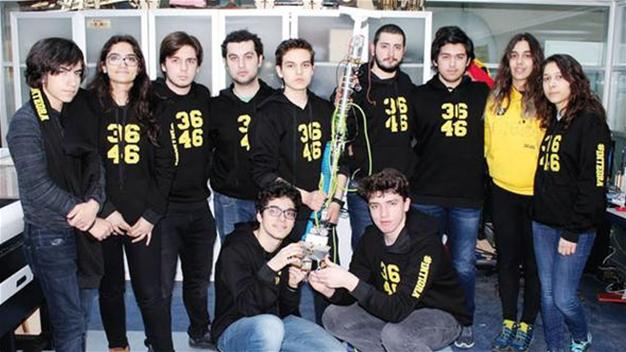 A group of high school students in Istanbul who developed a mechanic device to rescue a puppy trapped in a well for 10 days has received an invitation from Stanford University to visit the prestigious school’s Robotics Laboratory.

Members of FRC Robotic Team at Bahçeşehir Science and Technology High School developed a robotic arm to rescue the puppy, who was later named “Kuyu” (Well), from a well in which he had fallen in the Beykoz district of Istanbul. After the story of Kuyu went viral, the students behind the invention that saved the life of the puppy became popular on social media for their work.

Impressed by the work of the students, Stanford University Computer Science Department’s Robotics Laboratory Director Oussama Khatib sent a letter to the team, inviting them to visit his lab on the school’s campus in northern California.

Speaking to daily Hürriyet, the team’s leader, Anıl Cici, said they were planning on visiting the lab in Stanford in April and that they would also share a plan to develop another robotic arm to rescue cats that are trapped on the branches of trees.

“We will also produce 10 more from the device we developed for Kuyu and provide it to rescue teams. We have showed everyone what the youth in Turkey can do when there are necessary opportunities provided to them,” said Cici.