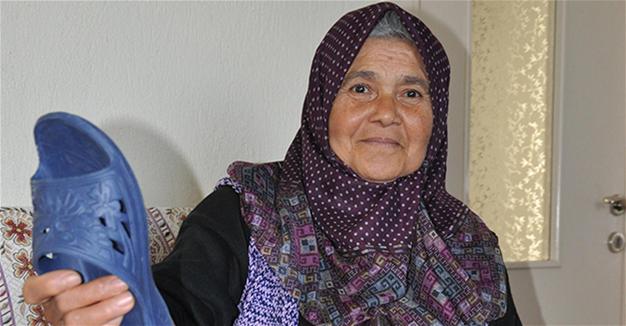 A 62-year-old mother from the Honaz district of the Aegean province of Denizli on Dec. 9 was acquitted of charges over throwing a slipper at her 38-year-old son, Doğan News Agency has reported.

The son, Halil Güzel, filed a complaint against his mother, Şenay Güzel, after she allegedly threw a plastic slipper at him during a dispute over a disagreement in the family in May. The slippers failed to strike the man.

A prosecutor later launched an investigation upon Halil Güzel’s complaint and prepared a criminal charge regarding the case, seeking imprisonment of between two and five years for the mother on the grounds that the slippers could be deemed an offensive weapon. Güzel, who was charged with “attempting to cause deliberate light injury,” said she did not know slippers were considered weapons.

However, the Denizli 6th Penal Court of First Instance on Dec. 9 ordered Güzel’s acquittal at the first hearing of the case after her son withdrew the complaint.

“I am happy that I was acquitted,” Güzel told reporters outside the court.