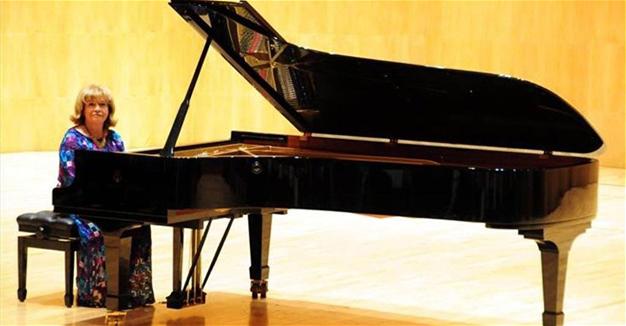 Turkish pianist İdil Biret’s 75th birthday will be celebrated at a concert by the Bilkent Symphony Orchestra on Dec. 3 in Ankara.

At the concert, to be conducted by Rengim Gökmen, Biret will play Rachmaninov’s “Rhapsody on a Theme of Paganini, Op.43.”

The concert, titled “Happy Birthday İdil Biret,” can be viewed at the Bilkent Concert Hall in the Turkish capital at 8 p.m.

Biret has been a Polish State Artist since 1971. In 1995, her recordings of Chopin’s entire oeuvre were awarded the “Grand Prix du Disque Frédéric Chopin” in Poland. The same year, she won the “Diapason d’Or” prize in France for her recording of Boulez’s sonatas, which was selected among the best recordings of the year by the newspaper “Le Monde.”

Along with many awards, in 2007 she was decorated with Distinguished Service Order - Cavalry Cross by the Polish President Lech Kaczynski for her contributions to Polish culture with her recordings and performances of Chopin’s music.