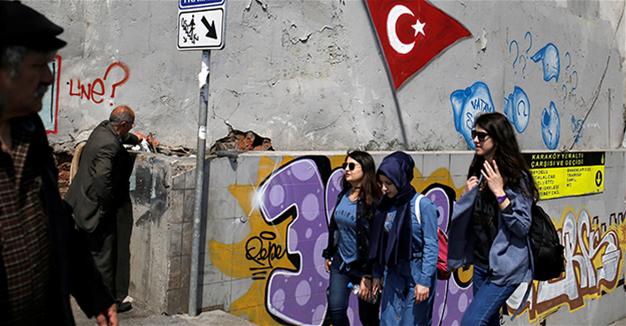 “The most basic outcome is that despite all the talk of identities and polarization, the common ground of society is wider than expected."

More than half of Turks see justice as the most important value, according to a study conducted by Doğan Holding regarding Turkish society’s common values.

The “Turkey Values Survey” said justice ranked first on both the personal values list and the list of values that people want to see in Turkey.

The survey aimed to reveal which concepts society attaches importance to. While more than half of the participants chose justice, morals ranked second on both lists.

As part of Doğan Group’s project regarding Turkey’s common values, the study was carried out by the Konda research company in October 2016 with face-to-face meetings with 1,806 people from Istanbul using the methodology of the Barrett Values Center in Britain.

The participants said they wanted to see trust, respect, peace, equality, prosperity, honesty, family values and environmental consciousness in Turkey in addition to justice and morals. Six of the values on the list were the same as the list of people’s personal values, which are justice, morals, trust, respect, honesty and family.

The desired values showed the significance of life quality and increasing the standards of attitudes toward other people.

Speaking about the results of the study, the leader of the Common Values Movement and Doğan Holding Chair Begümhan Doğan Faralyalı said the project emphasized the importance of values in all aspects of life.

“We are saying, ‘Let’s discover our commons, walk together to the future’ with the Common Values Movement. Our starting point is this: Our common values are way more than our differences. We can perceive our differences as richness as we own up to our commons and can meet in a common dream for Turkey,” Doğan Faralyalı said, adding that “she believes that values are the core of humans.”

“This is a project in which we stress the significance of values in every aspect of our lives because I believe that values are the core of humans. It’s our most significant self-control mechanism. Their importance is major in the lives of companies, societies and countries, as much as in the human lives. Because values constitute cultures and cultures form societies. And I believe that societies based on values will create a way more sustainable story. What excites me the most in this study that we carried out as part of the project is that the important values are the same for everyone and the values that we want to experience in society are also the same, be it women or men, young or old, Turkish or Kurdish, educated or uneducated, wealthy or poor,” she said.

Konda head Bekir Ağırdır, meanwhile, said the most basic finding of the study was that the common ground of the society was wider than presumed.

“The most basic outcome is that despite all the of identities and polarization, the common ground of society is wider than expected. Of course, there are different tones and interpretations in the concepts of justice, morals, respect and peace, but the common points are larger than presumed,” Ağırdır said.