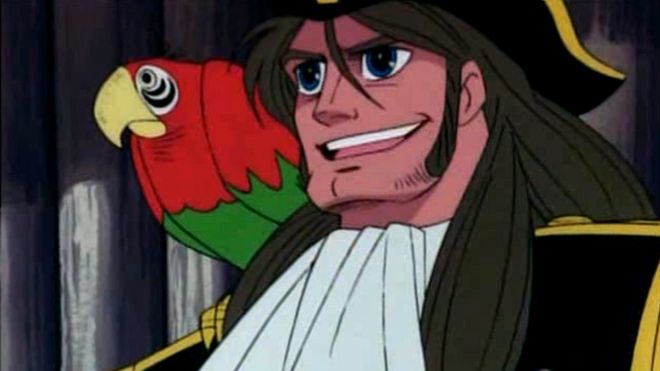 There is a universal expectation that superheroes always save the world and protect the weak. But for some, the brutality of the war in Syria is even upturning this long-accepted wisdom

Anonymous activists have been revoicing cartoons from popular Japanese anime series from the 1980s, reinventing their stories to reflect the current realities and posting them on YouTube.

The visual sequences remain the same but the plots have been reworked. The characters now speak either in classical Arabic or Syrian accent, with the new storylines reflecting the hopes, pleas and misery of Syrians suffering from the war.

Grendizer might not be recognised in Europe or the US, but he is one of the most popular anime characters for many generations across the world from Latin America to the Middle East.

Known by various aliases and dubbed in different languages, the Japanese super-robot created by a manga artist had its heyday in the Arab world three decades ago but its fame has endured to this day.

Another popular character of the same era is Silver, an all-powerful and ruthless pirate from the anime series Treasure Island.

Just like Syrians themselves, Grendizer, Silver and others have now become victims of misfortune.

The theme tune to Grendizer is so well-known it was adapted into a chant of defiance, revolution and victory by protesters in the uprising in Syria back in 2011.

"Grendizer is an ideal representative of Syrian activists because, as a nostalgically-remembered superhero, he is able to reach out to Syrians from different communities in need of a unifying symbol," explains Dr Omar al-Ghazzi, journalism lecturer at the UK's University of Sheffield, who has been researching the phenomenon.

In one episode, Silver the pirate is seen crucified not by other pirates as in the original plot, but by so-called Islamic State (IS) militants.

In the reinvented story, Silver is caught, supposedly in the IS stronghold of Raqqa, for smoking.

Attached to a cross, he delivers a highly-charged political speech in which he asserts people will prevail in the end against both IS and the Syrian President Bashar al-Assad.

As the episode finishes, he recognises one of his captors as an ex-intelligence agent who used to work for the government. Cynicism and satire become tools for political expression.

Even in fantasy, war takes its toll on the most powerful. The ever defiant and omnipotent become helpless.

In one cartoon, Grendizer is on a liberation mission in Syria. He is so badly beaten from all sides that he decides to give up on his mission, and let the Syrian people down.

Powerless and in despair, he decides to seek asylum in Sweden.

In another episode, Silver is seen stuck somewhere between Turkey and Greece, as he tries to reach Europe.

"Though painful, there is something empowering about this nostalgia. As refugees are unable to physically bring cherished personal objects from Syria in their dangerous long journey to Europe, they can bring their memories with them," says Dr al-Ghazzi.

"Projecting their anguish on to their favourite childhood cartoons is one way of doing that."

And it is exactly this empowering role of fantasy that the Dutch NGO War Child has tapped into in a new series of videos it commissioned to raise awareness of, and funds for, Syrian refugees.

In one of the videos, shot in the Bekaa Valley in Lebanon where there is a high concentration of Syrians who have fled the war, Batman befriends and protects a refugee child among typical camp scenery.

He helps the child lift a heavy water container, arm wrestles the smiling little boy and helps him fly his kite.

Chloe Younes, Communications Adviser for War Child Holland in Lebanon, explains that the superhero is a metaphor for someone who saves everything and everyone and for children to believe that things will be okay in the end.

"What we see worldwide is that children who grow up in a conflict have very little hope and perspective. Children then often use their fantasy as a safe place where hope is limitless.

"When their worlds are falling apart, the one thing we cannot take away is their imagination. And that is significantly important as it helps them cope with the difficulties of their unfortunate reality."

At the end of the one-minute 37 seconds video the boy is shown sleeping on the shoulder of Batman who by a change of frame becomes the battered father of the child carrying him as they flee a war zone.

The video ends with a clear and powerful message: "Unfortunately for some, fantasy is the only way to escape reality".