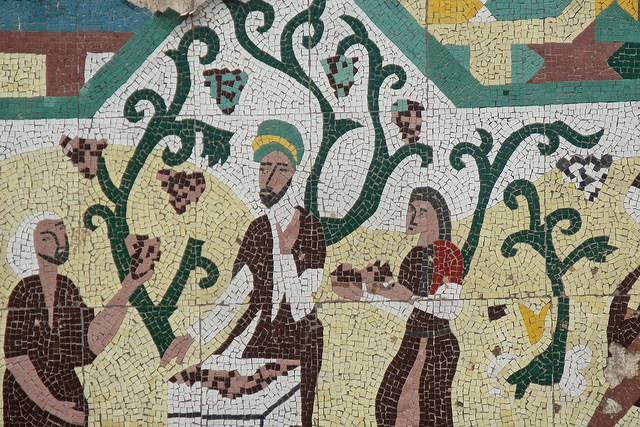 After 9/11 there has been a tendency among commentators to view Muslim societies as a monolith. Whether they live in big cities or remote deserts and mountains they are seen as essentially the same. Analysts frequently confuse and conflate the Islam practised by tribes or tribal Islam and text-based orthodox Islam and are thus unable to make sense of developments in the Muslim world. In my exhaustive study of 40 tribal societies from Morocco to the Caucasus Mountains, The Thistle and the Drone: How America’s War on Terror Became a Global War on Tribal Islam, I have tried to show the variety of tribal societies in the Muslim world.

Muslim tribal societies share some characteristics: the tribes often dwell in remote and inaccessible mountains and deserts or the peripheries of the state; the areas where they live are often rich in resources and the state aggressively targets them in order to exploit them; relations between the tribes living on the periphery and the centralized state are invariably tense and often violent with the latter, showing little understanding or empathy for them; from their ranks have come great rulers like Sultan Salahuddin and Sher Shah Suri, mystic poets like Rahman Baba, and scholars like Ibn Khaldun-even today they have produced several presidents and prime ministers of Afghanistan and Pakistan and at least one President of India, not to mention many of the super-stars of Bollywood; and, most important, the tribes live by a code of behavior.

The tribal codes tresses honour, hospitality and revenge and tribesmen are members of lineages such as clan groups. While the tribes are proud of their Islamic identity, their Islam differs from the more orthodox Islam rooted in the learning at the great centres of Islam such as those in Mecca, Medina, Al Azhar, and elsewhere. Although orthodox and tribal Muslims overlap to some extent in that they are both Muslim groups, many in each camp see themselves as the true representatives of Islam.

The tribesmen, many of whom are illiterate, approach God through the heart, while the orthodox approach God through the head. A tribal Muslim, in contrast, equates tribal custom with the Islamic faith, which together forms their identity. This means that tribal customs which may be pre-Islamic or even non-Islamic are sometimes seen as in keeping with Islam, which infuriates orthodox or literalist Muslims. Examples include syncretic practices such as honour killings and female circumcision, which are a holdover from pre-Islamic tribal traditions and are prevalent among many tribal societies. Similarly, many tribal societies deny the fundamental rights given to women in Islam, including the right to inherit property, initiate divorce proceedings, and give their permission before marriage. The blood feud, in which a clan or family group takes revenge for an attack on one of its members by attacking the group of the assailant, is also non-Islamic. This cycle of revenge and counter-revenge is to blame for much of the violence in the Muslim world in the era of the War on Terror, especially when the tribes become involved with state or foreign armed forces.

These tribal communities approach God through oral folk traditions and emulation of the Prophet (S.A.W).The Prophet (S.A.W) himself had emerged from a tribal society, being a member of the Quraysh tribe of Mecca, with its emphasis on clans, codes, and notions of hospitality, courage, and revenge. However, the Prophet (S.A.W) placed the universal laws of Islam over those of tribal custom, whereas Muslim tribesmen tended to proclaim their faithfulness to the former yet adhere to the latter. Aware of the pulls of tribalism, the Prophet (S.A.W) said, “There is no Bedouinism in Islam.”

All the same, tribesmen created various genealogical links to the Prophet (S.A.W), reinforcing their relationship to him and enhancing their own prestige. The notion of lineage affiliation with the Prophet (S.A.W) makes Muslim tribal peoples intensely loyal to him. Any perceived attacks on the Prophet (S.A.) Ware likely to incite a defence of his honour, a reaction that stems from the combination of religious fervour and the tribal code, with its emphasis on revenge. Such was the response to Salman Rushdie’s novel The Satanic Verses, Danish cartoons depicting the Prophet (S.A.W), and the poorly produced and conceived American film attacking him, the last of which caused riots in the Muslim world amid which occurred the distressing deaths of the U.S. ambassador to Libya and his colleagues in Benghazi in 2012.