By Zaynah Belai for Sister-hood 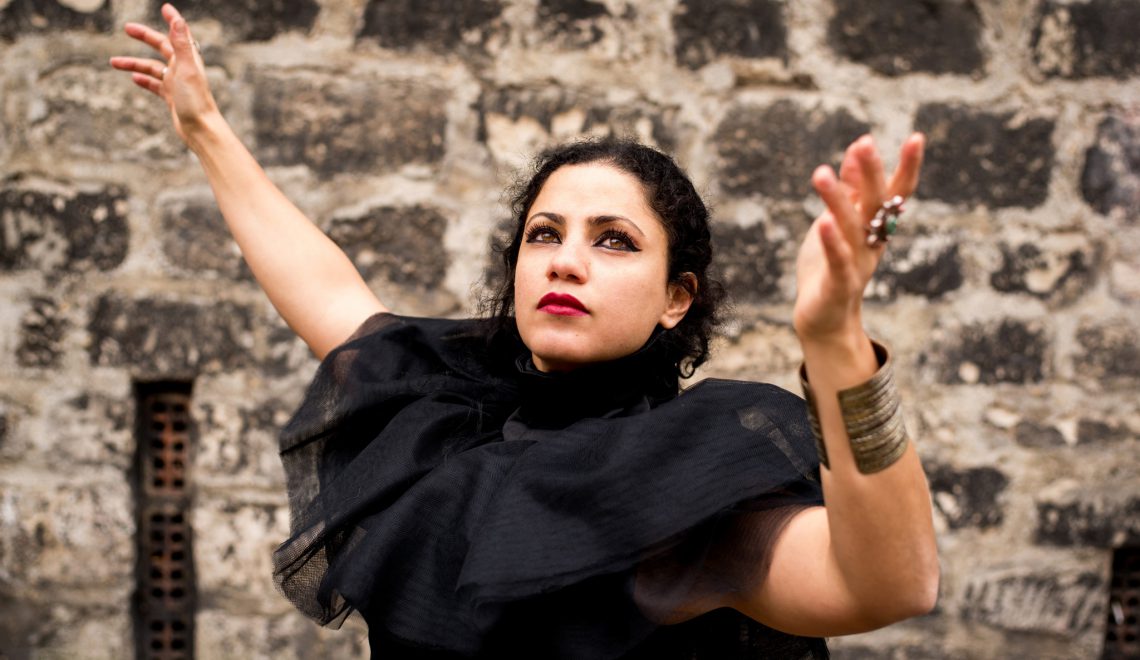 An interview with Emel Mathlouthi

Emel Mathlouthi is a Tunisian singer-songwriter currently residing in New York. Her music played a significant role in inspiring Tunisian pro-democracy protesters, earning her the title of ‘voice of the Tunisian Revolution.’ She has since performed all over the world, including at the Nobel Peace Prize Concert in 2015. From an early age, music was an integral part of Mathlouthi’s life. She remembers growing up around ‘A lot of classical European music, some popular Tunisian music from the 30’s, and some old jazz/blues.’ As a result, she has always felt a strong connection to it. ‘I didn’t choose music, it was just there inside me since always, the strongest truth that ever embraced me.’

Nevertheless, growing up under the authoritarian regime of Tunisian president Zine El Abidine Ben Ali meant that Mathlouthi faced difficulties from the very beginning of her musical journey. Her songs were banned by the Tunisian government because of their political themes of liberty and opposition to corruption, and Mathlouthi left for France in 2008 to further her musical career. ‘I never fully realized if things were more difficult because I was a woman or because I was doing something different or saying revolutionary things. I think that the full package just made my path full of stones and difficulties, even today. I do recognize that being a strong woman creating my own art and my own project does bother a lot of people.’ 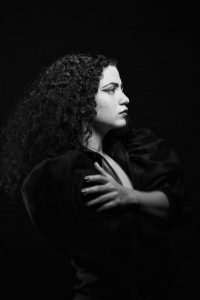 Whilst in France, Mathlouthi performed her song Kelmti Horra (My Word Is Free) to a live audience of thousands. A recording of the song reached Tunisia, where it resonated strongly with the pro-democracy protesters, and was dubbed ‘the anthem of the Tunisian Revolution.’ Speaking of the success of Kelmti Horra, Mathlouthi says that ‘It does feel great sometimes to be recognized, respected, I feel I made a difference and that art can draw so many beautiful colours in our daily insipidity, and mainly that it can strongly connect people from any corner of the world, beyond any religious cultural or racial differences. I think I like the idea of freedom, to not really belong anywhere, and belong everywhere, it’s a status in which I feel very comfortable.’

However, Mathlouthi also expresses her frustration with the way her music is often contextualized only in political terms. ‘It’s definitely more difficult for an artist to be singing in Arabic and succeed in the western countries in general. Sometimes it just gets so heavy on me, feeling that the media don’t give you attention unless it fits in a political or ethnic context. It’s almost like musical racism, as if coming from Tunisia would deprive me from a pure artistic recognition. I am proud of my cultural heritage, but it’s very important that the world understands that we live, we evolve, we create, we love, we dream, and we deserve to be recognized as pioneers as well – not only a cradle of tradition and exoticism, as if only western countries should have the monopoly of modernity and avant-garde. This has to change.’

Mathlouthi performing the track ‘Lost’ from her album Ensen Mathlouthi herself combines her Tunisian cultural heritage with more modern elements, such as electro, in her music. ‘It really came naturally, there are parts in popular Tunisian music that are really genius. Especially the rhythms, I am so attracted to them, they hit you straight in your spine. I’ve always liked massive percussions – almost tribal sounding. I felt they were the essence of my being and I should write my own story with them, take them to a cinematic and trance level.’

This, Mathlouthi does in her second album Ensen (Human), released earlier this year. She describes the process behind it as being very different to that of her first album. ‘As years pass we acquire more maturity, my sound filtered and went more to the essential. This album was also deeply personal, I just realized that I wasn’t allowing my ideas to just be 100% free, so I went to search for every inspiration sitting in my brain and my body’s corners. It was a constant introspection, very thoughtful, but also a very physical experience, to push every reflection to its maximum.’

Mathlouthi is currently gaining inspiration from the works of Estonian composer Arvö Part. ‘It’s deeply spiritual and emotionally dark, it talks straight to my soul.’ She also mentions her admiration for the British Sri Lankan rapper M.I.A. ‘I’d love to collaborate with M.I.A. I admire what she has accomplished by being completely true to herself and her heritage, and never compromising. I heard she feels a bit lonely being brave and committing to many causes keeping her musical freedom, we share many of that. I hope we can make it happen.’

Speaking to young aspiring artists in the Arab world and young women of Muslim heritage, Mathlouthi advises them to ‘Be ambitious, be fully committed to themselves and their identity, to not compromise for a second, and to give themselves completely to art and creation. That’s what can make a difference. Opportunities are not given to us, we have to work five times harder to be considered, especially as women. That’s the only way to surmount all the clichés and barriers.’

Of her hopes and dreams for her own life, she says ‘I wish for my work to be fully considered for my songwriting, my full vision, my music production, and my technical and vocal abilities. My dream would be to perform in festivals and stages that wouldn’t be in connection with any ethnic or political context, to be fully recognized for the artist I am, not the ideas that media have of me. But, my biggest dream and hope is to always be inspired. At the end of the day, that’s my only point, my reason to live.’