"Queer Muslim voices in this debate are the most important. We can’t continue to have conversations about marginalized groups without them leading those conversations." 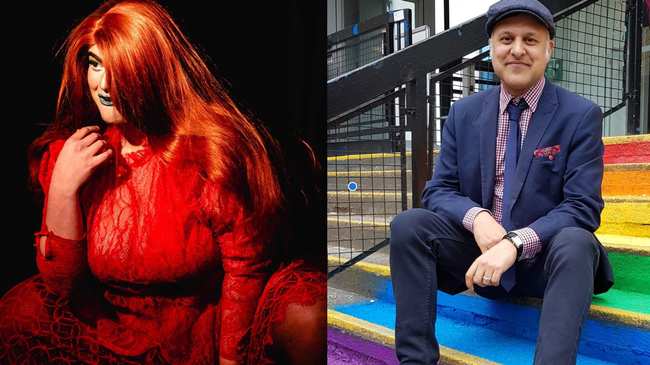 There's no doubt that the British Muslim community has had a fraught relationship with its LGBTQ members—just take gay Muslims being pressured into heterosexual marriages, for one.

Thankfully, progress seems to have been made in recent years: the UK was home to its first same-sex marriage in 2017, while a number of projects founded for and by queer British Muslims have sought to reflect on—and provide space for—the multiplicities of its community, from London Queer Muslims and Imaan LGBTQ to Hidayah.

Even so, a majority-Muslim school in Birmingham has recently become an unlikely hub of hysterical homophobia, with parents protesting since February on the grounds that school kids have been receiving lessons about same-sex relationships, culminating in hundreds being kept away from school in protest. The protests only ended when LGBTQ lessons were halted indefinitely.

The battle was reignited this week after another majority-Muslim school in Birmingham saw parents launching a fresh protest calling for gay relationship lessons to be halted. Chants of "Let kids be kids" were called, while others held signs bearing slogans, including "My kid, my choice." But what do queer Muslims—the group who are rarely asked for their views, yet contend daily with the double burden of homophobia and Islamophobia in their respective communities—make of the ongoing controversy?

I reached out to five to find out their thoughts on whether Muslim students could benefit from LGBTQ lessons, the implications the case could have on young queer Muslims, and it what means to be a queer Muslim today. 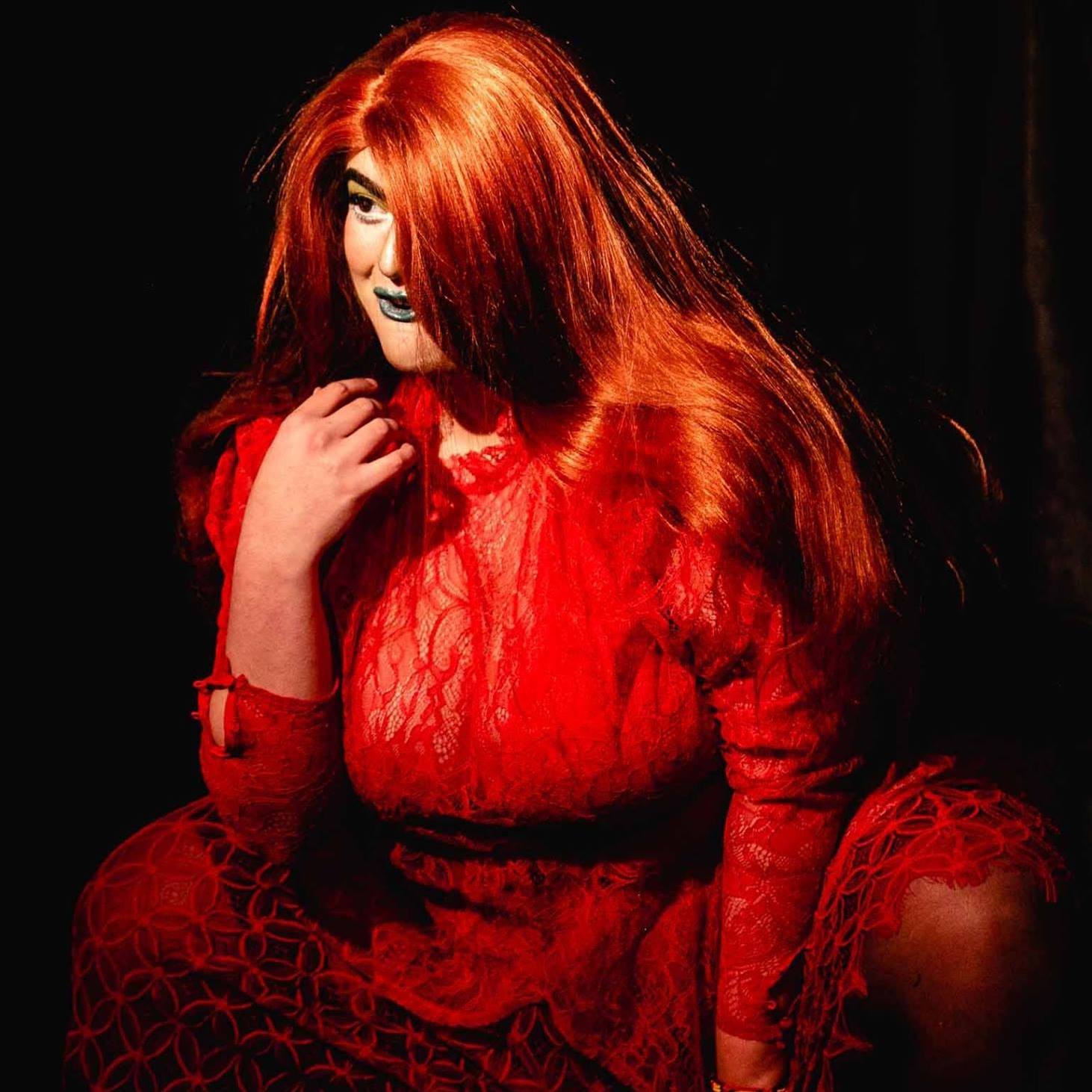 "I'm exhausted at having to continually pipe up every time there’s a controversy to say 'not all of us are like this!' What’s most exhausting, though, is that every time an angry white man has violently assaulted queer people in the street, there's been mainstream silence. Where’s the support for queer rights then? Is it because the protesting group’s Muslim-ness, 'foreign-ness,' brown, and blackness is the key motivator for people to condemn them?

I would have been utterly devastated if I was growing up seeing parents outside my school waving signs like 'Let kids be kids.' Knowing there’s so many people in my community visibly protesting against me, my first thoughts would be, How do I make sure I’m safe?

Queer Muslim voices in this debate are the most important. We can’t continue to have conversations about marginalized groups without us leading them. Most importantly, the controversy might prevent non-homophobic parents and Muslim community members from openly supporting young queer Muslims as they might fear retribution. To any young queer Muslims: You are loved, and you are wanted. There will always be space for you. You deserve that space, no matter how many badly written signs say otherwise."

Bae Sharam is a London-based queer activist and performance artist. 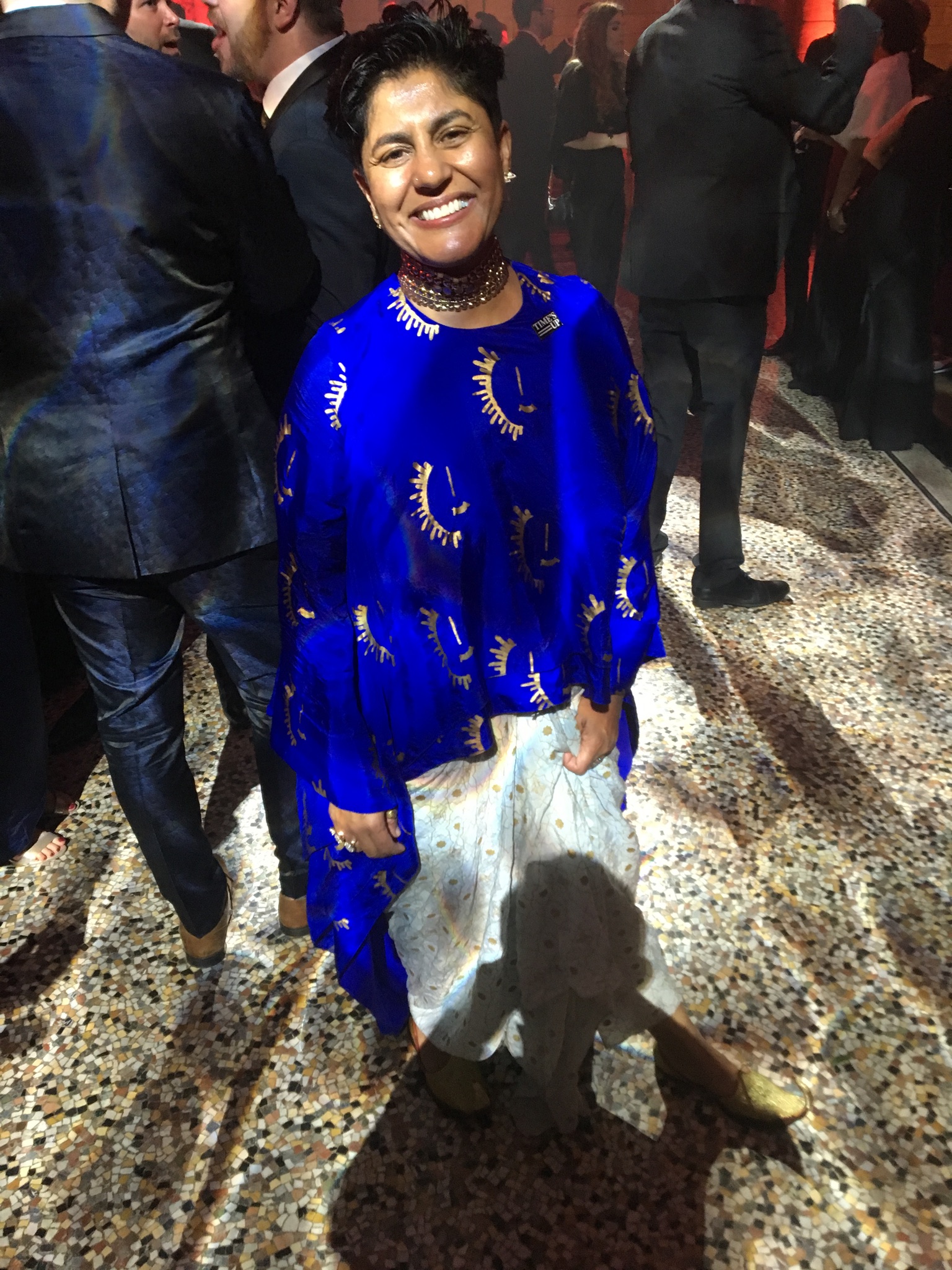 "I grew up in the era of Section 28 [a local government amendment that prohibited the intentional promotion of homosexual material]. No one talked about LGBTQ issues growing up, but that didn’t stop me form being a lesbian! How does it help to pull anybody out of education? How does it help to censor LGBTQ identity in that way? That logic simply isn’t working. We need to be having those conversations—we can’t just shut them down. It’s divisive.

If I’d seen parents protesting against LGBTQ rights outside schools when I was growing up, it would have made me feel the same way I do now: full of fear. It must be terrifying if you’re a lesbian, gay, queer, or bisexual child watching these protests unfold. It’s going to take decades of undoing, just like Section 28 did. If I was a Muslim LGBTQ teacher, I’d be really afraid. If I was an LGBTQ teacher without a religious background, I’d still be scared too.

Let queer Muslims like me have our own voice. Let me have my own agency. Just like the protesters got media coverage, we need and deserve that too. If you’re not LGBTQ and you’re Muslim, speak up for us. Speak up for tolerance. You don’t have to be gay or lesbian or bi to support our community."

Anjum Mouj is a trustee of Imaan LGBTQI and campaigner for Muslim LGBTQ rights. 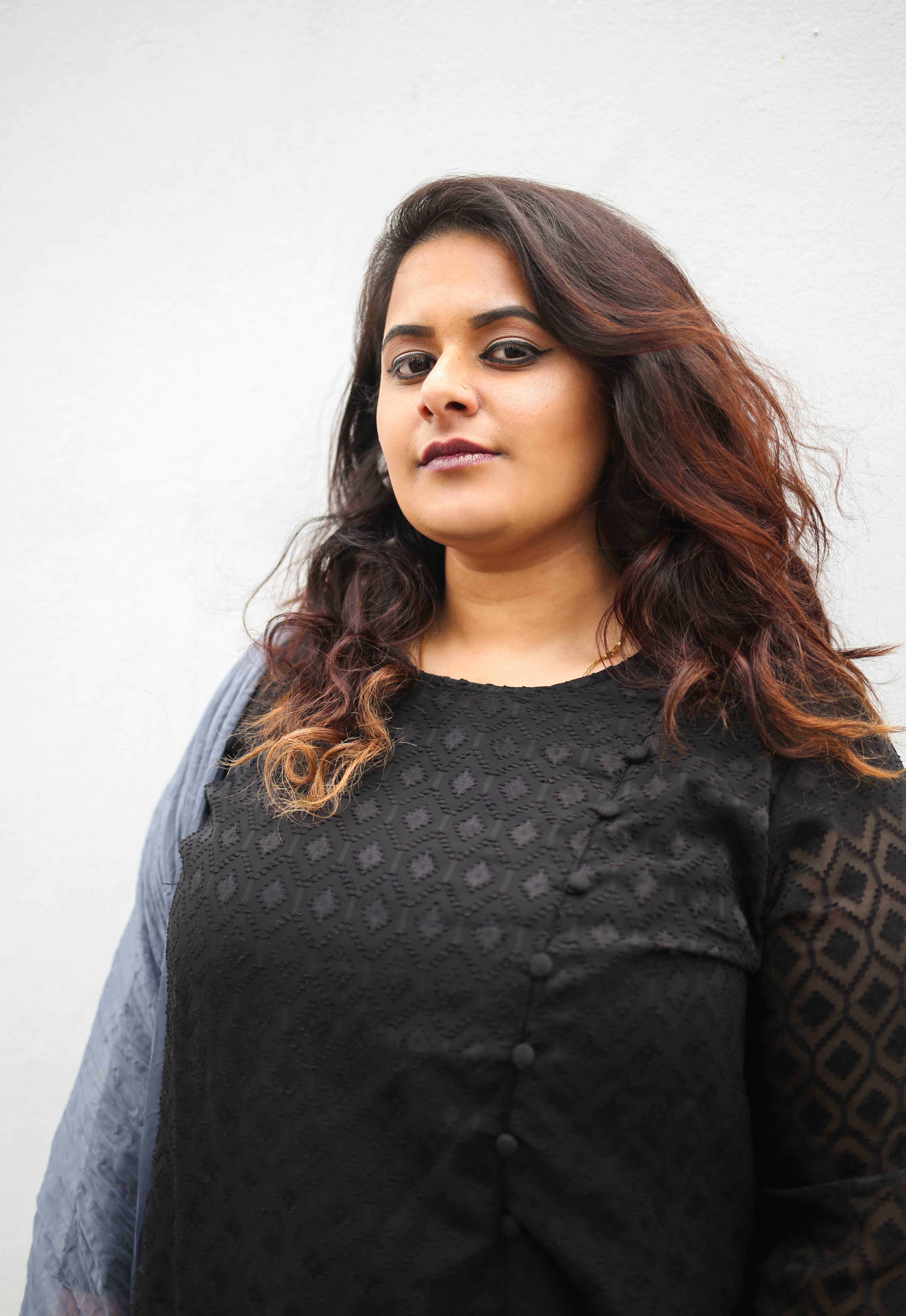 "It’s exhausting to constantly be fighting for our existence. I initially tried to ignore the case and hoped it would go away. I hoped that the parents would be told that they were wrong. I didn’t think that the school would react by stopping the lessons.

As a young queer Muslim woman and a hijabi, battling with my own identity growing up was hard enough. I can’t even imagine what seeing parents and my peers protesting and holding signs like that would have done to me.

Queer kids need to be queer. A support structure needs to exist, otherwise you’re telling them that there’s nowhere they can go. No child’s going to come to their parents and tell them anything personal after they’ve seen those same parents protest in this way.

Every time I talk about being a queer Muslim in public, a young queer Muslim has come up to me and thanked me for being vocal and being out. Sometimes we just want people to see us and to say, 'It's OK, I’m the same as you. We can do this together.' That’s what I needed when I was growing up."

Afshan D'souza Lodhi wrote a chapter on queer identity in the anthology It’s Not About the Burqa. She’s based in Manchester and edits The Commons Sense Network. 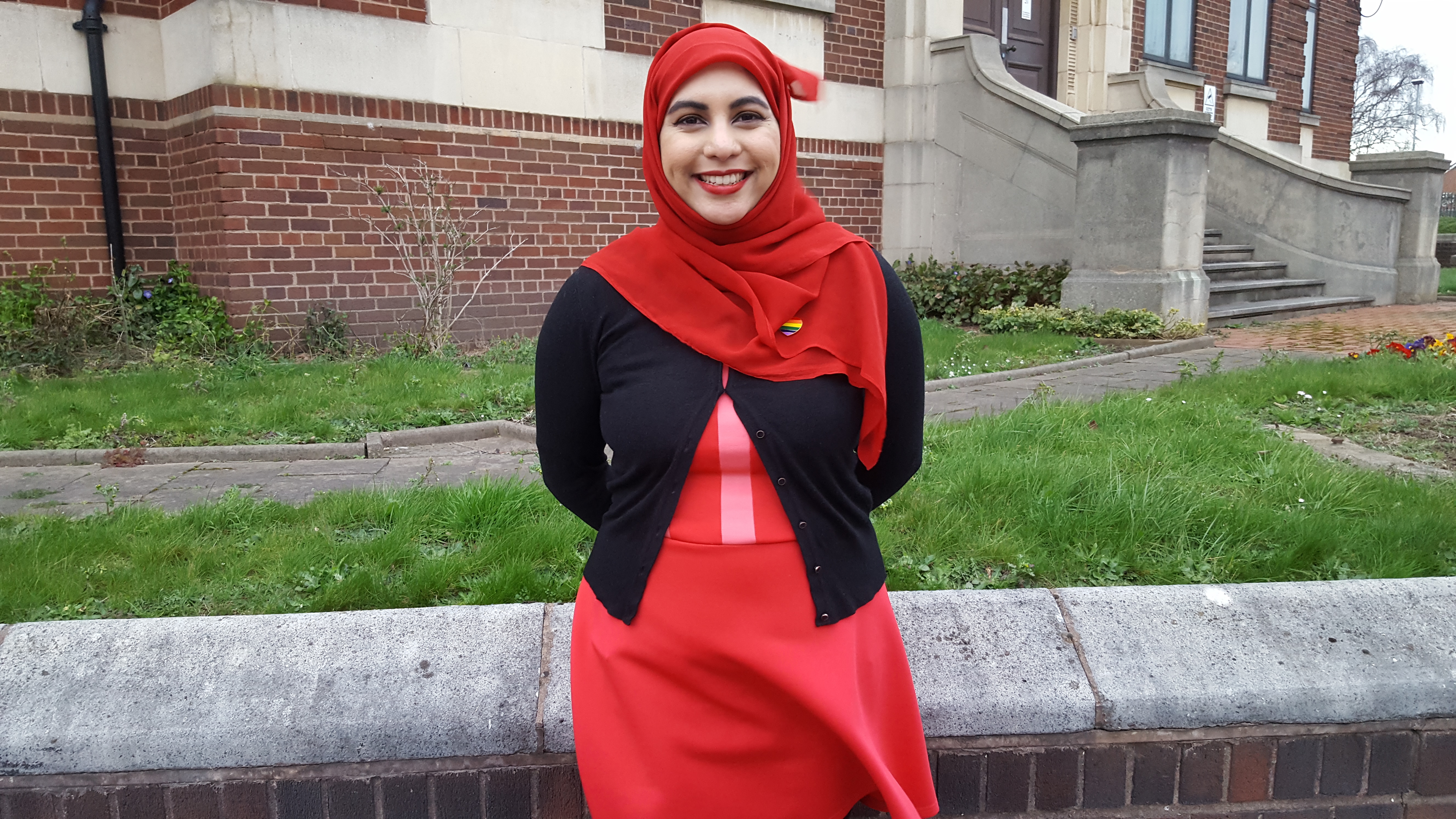 "To see all Muslims depicted in a homophobic light is disheartening. I’m disappointed that my community’s come together to protest inclusive education and not Islamophobia or any of the [more pressing] issues we face day-to-day. Seeing children wave banners without knowing why inclusion matters is upsetting. Media depictions of Muslims have historically been poor, and the actions of some of the protesters have done little to assuage that.

I feel that a lot of young queer Muslims might fear coming out even more now. Coming out for young queer Muslims isn’t always an option. In our community, there can be risks. This controversy makes it even more difficult for these people to seek support. I feel like I’m torn between my community and my sexuality in all this. Must I renounce my faith or my queer identity? I’ll do neither and continue to stand up for both communities that I belong to.