People assume that, because we are of different faiths, we must have major problems in our relationship. In fact, it has strengthened our bond 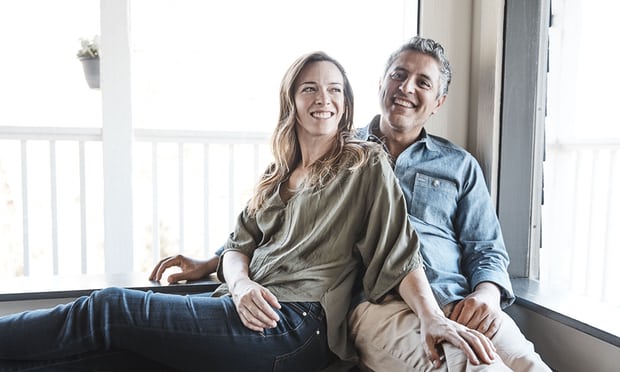 When we – a Muslim and a Christian – fell in love, we didn’t think much about the differences in our religions. (People falling in love usually don’t think much, full stop.)

We figured what we did share – similar values, similar worldviews, and a similarly strong faith in God – was enough. We crossed our fingers and hoped we would be able to work out how to do life together as it came at us: step by step, conversation by conversation, decision by decision. Eight years, three kids, and one beautiful marriage later, that strategy seems to be working.

We are not alone. Interfaith relationships – as well as the pairing of a secular and a religious partner – are on the rise. But despite being the new normal in some parts of the world, the idea still makes some people very uncomfortable.

We often get questions from people who assume there must be major problems – ones unique to interfaith couples. What happens when one person’s religion conflicts with the other’s? Aren’t there irreconcilable differences that come from each of our religious backgrounds? Doesn’t being in an interfaith relationship necessarily weaken our individual religious beliefs? How do we deal with disagreeing friends and family members? And, perhaps most importantly, how do we raise our kids?

No doubt there are some unique challenges to interfaith relationships. But some problems are unavoidable when two people – of any background – come together. On the other hand, there are some advantages in interfaith relationships. There are studies that show that interfaith couples are better at communicating with one another than same-faith couples. In particular, they are better at communicating effectively and coming to an agreement about important issues. Perhaps this is because interfaith couples recognise from the start that they will have to negotiate their religious differences, and so they quickly learn how to carry this skill into other aspects of the relationship.

Often when people ask us about the “irreconcilable differences” in our faiths, what they are referring to is conflicting dogmas. But doctrine should not be confused with faith, or even with religious affiliation. Many believers disagree with the official views of their respective religious leadership. Who doesn’t know an Evangelical who differs from their church’s stance on same-sex marriage, or abortion? Who doesn’t know a Catholic who thinks birth control, or divorce, is morally acceptable? Each believer has their own experiences and priorities that influence their unique collection of ideas, beliefs, practices, and all the other parts that make up the sum of what they mean when they say “I’m Christian,” or “I’m Muslim,” or a Sikh, or a Hindu, or a Mormon, or Bahá’í, or anything else. Even those who share the same religious affiliation do not necessarily share the same opinions on important issues. So the assumption that two people must share the same religion to really understand each other is flawed.

But does interfaith marriage mean a weakening of each person’s respective faith? In our case, it has been the opposite. We are strengthened, inspired, and stimulated by each other’s practices and commitments. Despite our different religions, we share a common understanding of God, and what belief means in our day-to-day lives. And having a partner who won’t let you get away with sloppy thinking or a weak explanation of why you believe what you do, forces us to galvanise our thinking.

We are very lucky in that both of our families love and accept us. We know this is rare. We speak with couples all the time about their struggles, and the pushback they get from family and friends. In the end, those who make it work choose each other over all else. Reconciliation is always possible when both sides have a genuine ability and desire both to understand each other’s experiences and admit where they could be wrong. In any case, a person who is unable to respect another person’s experiences and opinions, and who constantly over-glorifies his own, doesn’t have a religious problem, but a personality problem.What about the kids? Our philosophy on this comes from something the Buddha said. In sum, if you want to reach water, you don’t dig six one-foot wells, you dig one six-foot well. To this point, we want to give our three young sons depth. We aim to give them the tools any believer needs to practice their faith, so we pray together, sing songs, meditate, read and reflect on sacred texts. We do this together at home and in churches and other places of worship, near and far. But depth is not the only goal we have for our children. We want to help them become religiously literate citizens, giving them breadth as well. We want to guide them along their own paths while exposing them to others’ experiences and belief systems. We want them to know the stories that have shaped humankind’s understanding of God throughout history. So, we read the Bible and the Ramayana. We sing gospels and chant mantras. We talk about the Buddha and tell folk religion origin stories. We build sukkahs and release our clay Ganeshas into the ocean. We decorate our Christmas tree and light our menorah. We talk about peace, justice, compassion, generosity and God – referencing religions far beyond our own, across time, distance, and culture. Despite all this, some people still ask us, exasperated: Wouldn’t it just be so much easier to share the same religion?

We get it. It makes sense that so many of us dream, initially at least, that we will find true love with a person who shares the same religious label, because we think it means they have walked the same religious path that we have. After all, love is its own manifestation of the divine, so why not find a person to love who has the same perspective on the divine? We naturally look for someone who has made the same leaps of faith, who has gone through the same internal transformation, who nods along knowingly as we describe our indescribable connection to something invisible. We imagine someone who gets us, who shares the same truth or God or gods that we do, or, perhaps, who has uttered the same denials as us, or who remains as steadfastly unsure about the meaning of it all as we ourselves are.

The assumption here is that sharing the same religion is a shortcut to deeper unity. But praying the same words in the same order, or reading the same sacred book through and through again, or singing the same songs are not necessarily a gateway to a meaningful connection. Each journey of faith is unique and personal. No two believers are alike. And, as anyone in any relationship will tell you, no two people are alike. Everyone has their own views, opinions and convictions, regardless of their chosen religion (or lack of one). Some relationships are interfaith, but all relationships are inter-belief.

So what is a better litmus test for achieving the deepest kind of unity, if it is not sharing the same religious affiliation? What is that necessary and sufficient factor? We have found that it is far more important to share the same values than the same religion. Perhaps this is because people’s values – the ideas we glorify, that we believe have the most worth, that are the most deserving, that are sacred and weighty all on their own – are what dictate how we live. It is true that some values are associated more closely with certain religion affiliations. But values do not just take root inside a person as a result of their religion, of how they have chosen to describe or name or worship God. We choose our values because of myriad factors: people we love; our experiences; practices to which we dedicate ourselves; books we read; thoughts we think; morals we have proven. Our values shape us, as our journeys through life – and our journeys through faith – play out.

In faith, as in love, we leap. We hope. We whisper holy words, words that hold power, maybe magic. We pilgrimage across whatever distances necessary. We experience the ineffable. We understand the unexplainable. We sense in an instant a familiarity, a knowing. We get over and outside of ourselves to connect with something so much bigger. When required, we willingly suffer in the name of this sacred union.