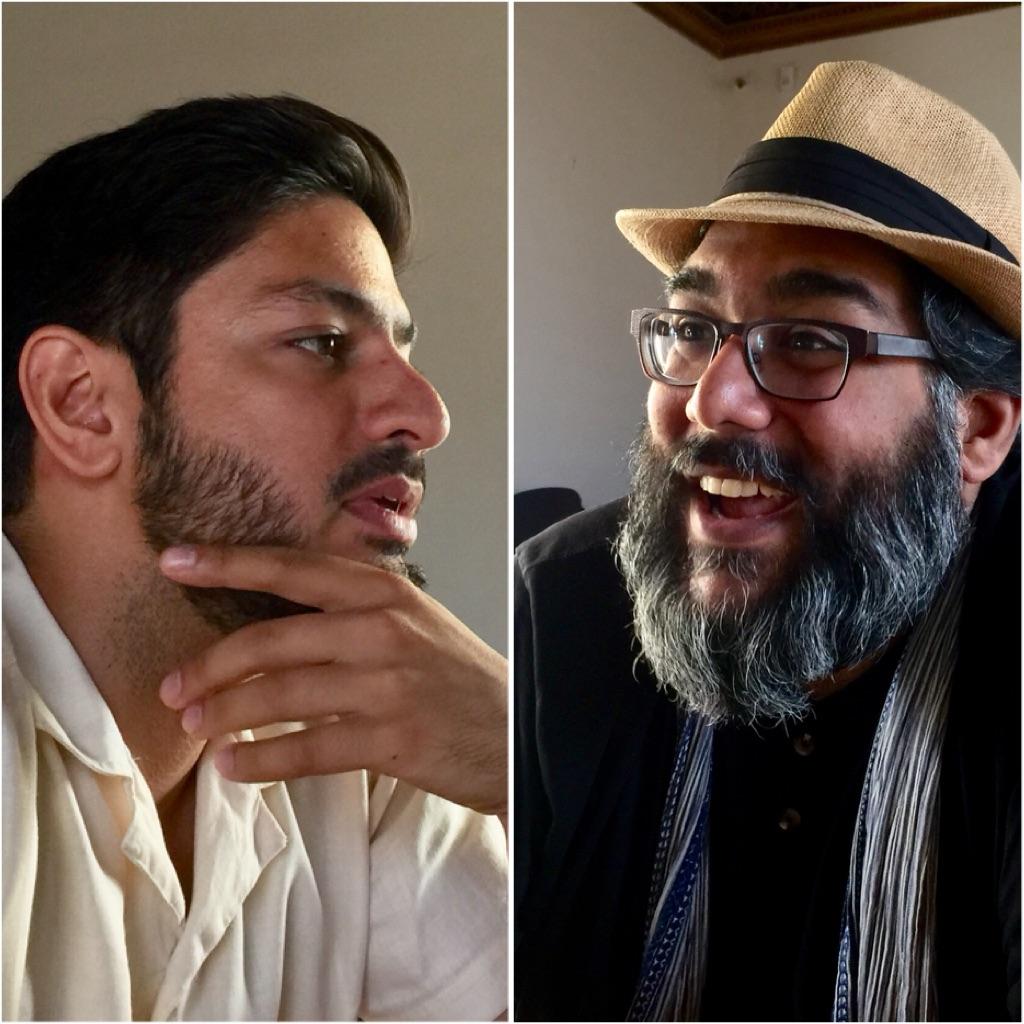 What is Muslim culture?  That’s the question posed by the Shangri La Center for Islamic Art, Culture, and Design.  Through a series of imaginative immersion activities, they are giving Honolulu audiences a sampling from coffee through hip hop that just could convince us, America is more Muslim than we realized.

Malik and Jafri describe the connections to Muslim culture in blues, jazz, hip hop, and everyday life. Most revelatory, though perhaps obvious on reflection, many Africans brought to America in the slave trade were Muslim. 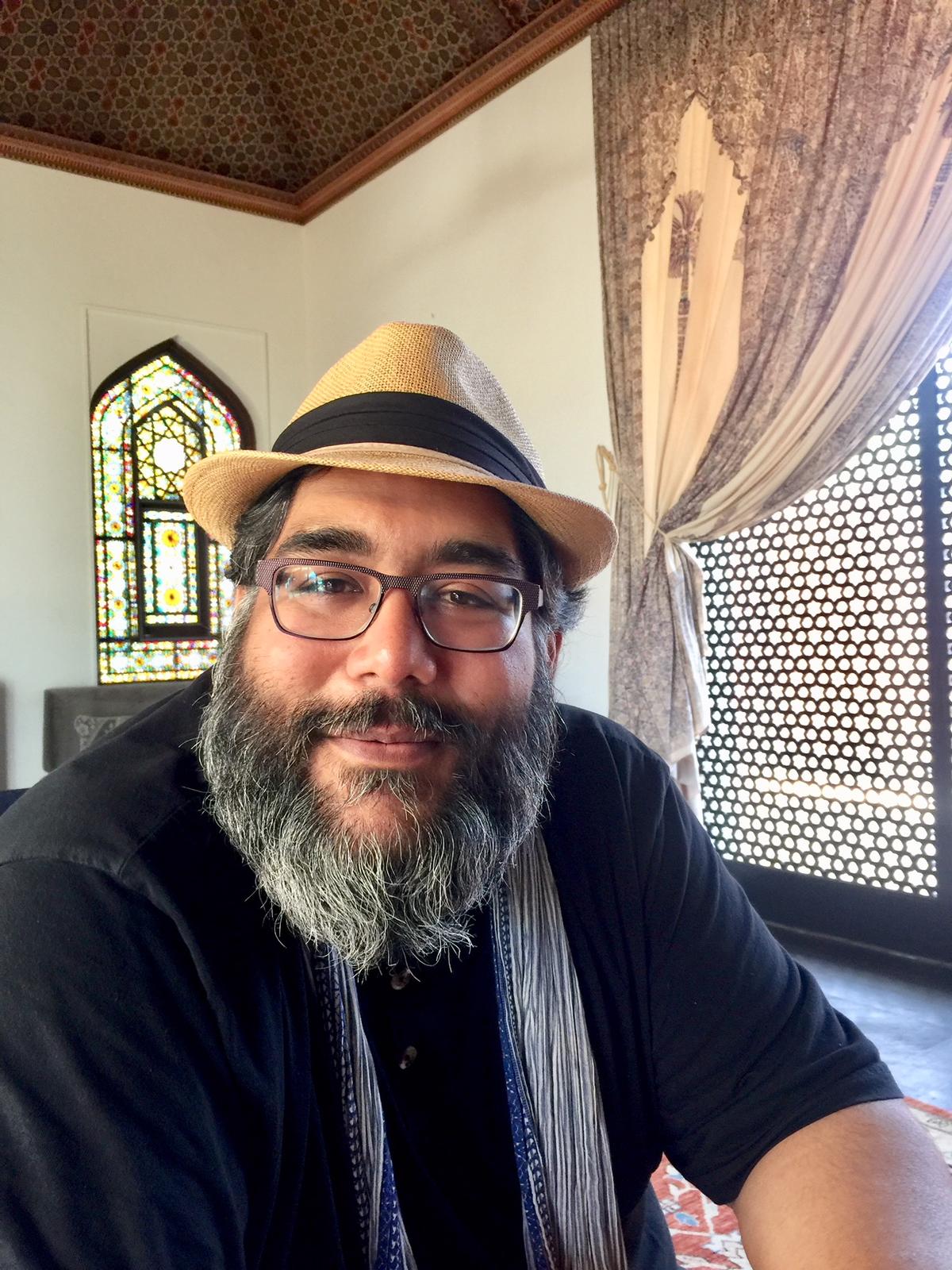 Abdul-Rehman Malik is an award winning journalist, scholar, and cultural programmer.  Currently Artist in Residence at Shangri La Center for Islamic Art, Culture and Design, Malik is creating experiences in unexpected venues, kind of a guerilla approach to seeding culture.

Malik: Part of what we’re hoping to do over the next few days, is create experiences. So that when you come to Listening while Muslim, you don’t have to come with any knowledge except and open ear.

The comfy Kouwork space in Kaka‘ako was full last Friday, a cozy sampling of Honolulu’s freshman through senior culture enthusiasts.  Malik and Shangri La’s Associate Curator of programs, Asad Ali Jafri, a DJ, took us on a musical journey through the Muslim diaspora.  That means through-out the Middle East, North Africa, Europe, South Asia; after two hours, we didn’t make it to Indonesia and the rest of Asia.

Time ran out, partly because of the depth of material in the United States. 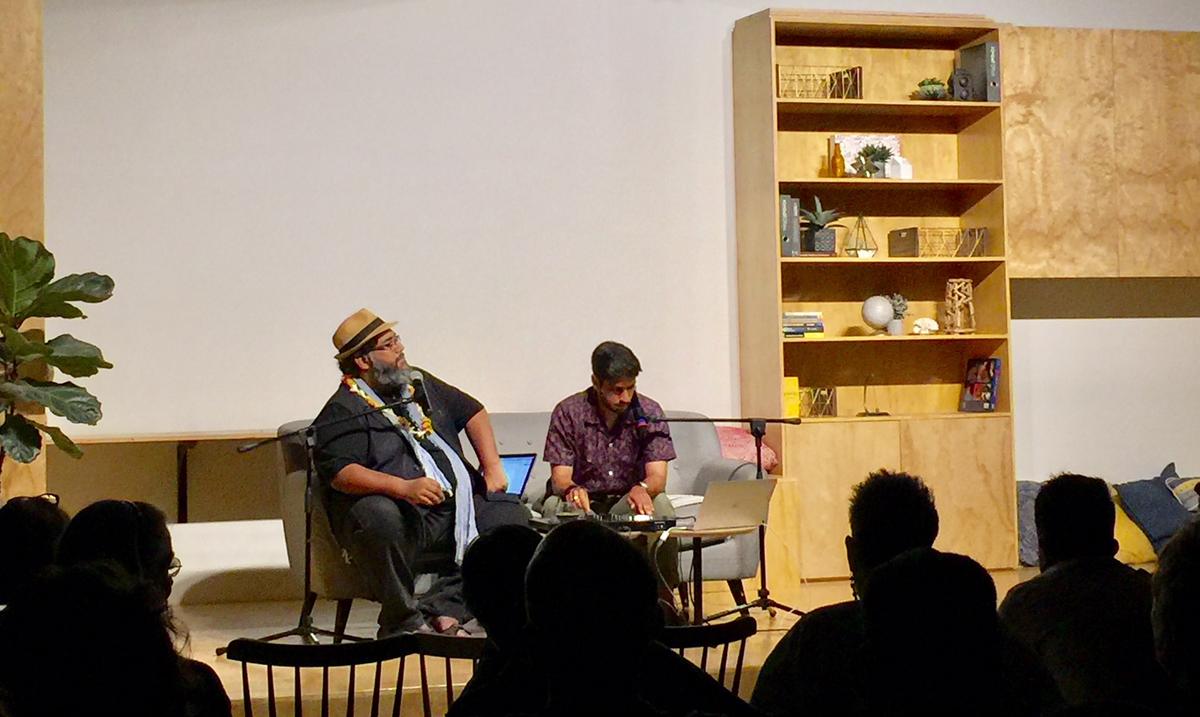 Mailk and Jafri at Kouwork, a co-working space in Kakaako. One effective tactic these two cultural programmers are deploying is getting out into interesting and conducive spaces like this one, Marks Garage, and Waiwai Collective
CREDIT NOE TANIGAWA

Malik: We know that those enslaved were speaking Arabic, alongside their native languages.  And they were writing texts in the Arabic language and they were continuing to try to pray.  And those modes of prayer and religious expression then got encoded into the hollers and the songs and the moans that were recorded by ethnomusicologists in the 1800’s initially.

Jafri says those roots of the blues, and jazz, are still shaping American culture as hip hop.

Jafri: For example in 1992 when the Malcolm X Spike Lee movie came out, a lot of the kids in my high school who were throwing gang signs at some point started wearing X hats and saying As-Salaam-Alaikum to each other.  Because it was a cool thing to do within hip hop culture, but it was also a cool thing to do in black culture that was becoming popularized around this resurgence of Malcolm X.

Jafri: They weren’t Muslim themselves, but they thought something was cool in there.  When they saw like Amir Sulaiman on HBO on Def Poetry Jam, when they saw Mos Def using terms, when Fiasco starts doing that, there’s this connection and they want to emulate them.  So the style that they’re doing things in, is very much the same style as these Muslim artists in order to also be a part of this community. 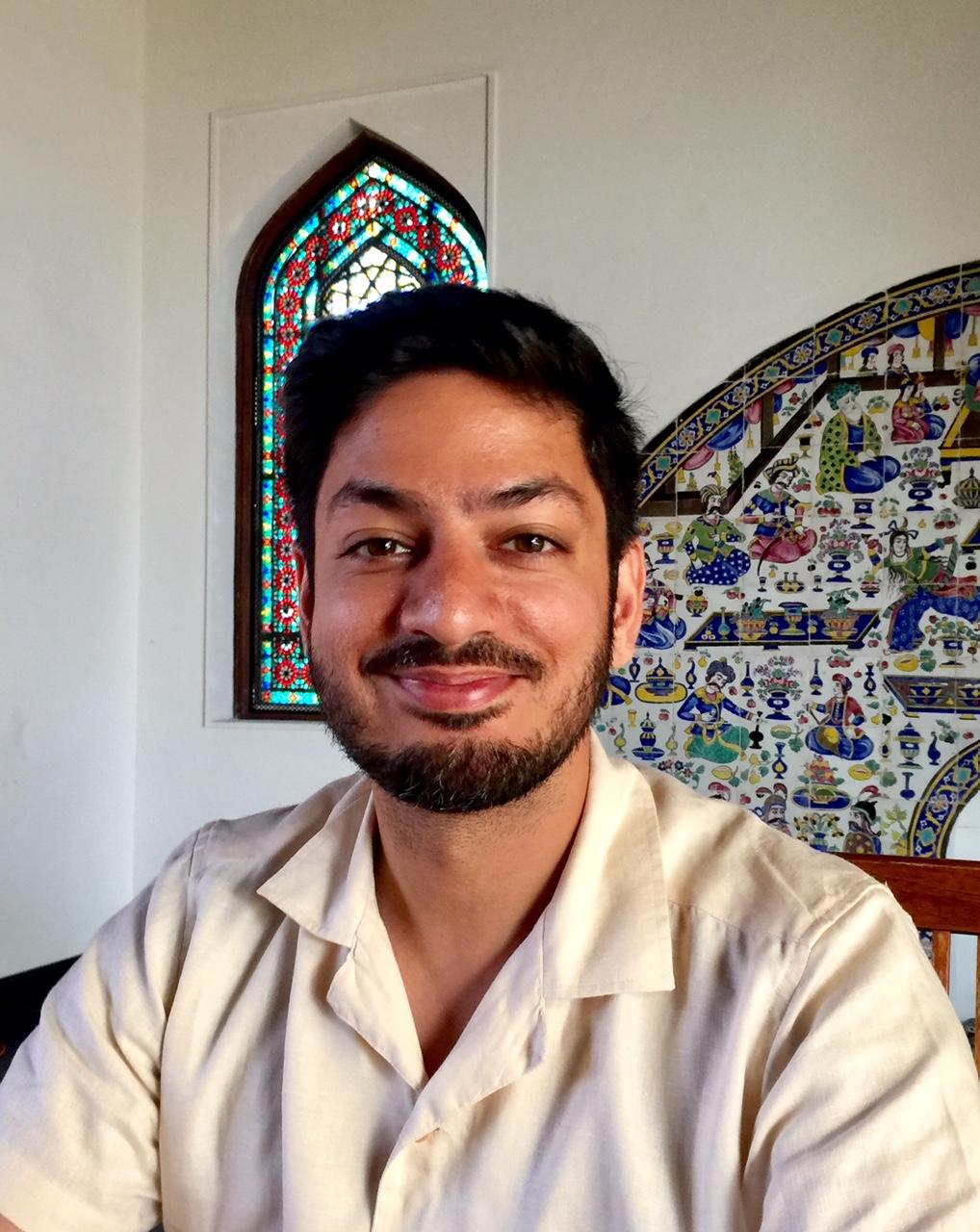 Asad Ali Jafri, Shangri La's new Associate Curator of Programs, is a cultural producer and multidisciplinary artist. He has curated programs, festivals, concerts, and events throughout the Muslim world and across the U.S.
CREDIT NOE TANIGAWA

Jafri contends Muslim-ness, traditionally an “other,” has a lot of company in American culture.

Jafri: So linking different movements that are happening right now in America that are kind of talking about immigrants, refugees, Muslim-ness, Black lives matter, LGBTQ movements and saying if we’re going to be in this, it’s got to be justice for all, so we’re going to embrace the Muslim aspect of it.  People want to be a part of that as well.

In Honolulu, audiences have been invited to understand the Mohammedan bean—coffee, contemplate the Muslim avant garde, and generally start noticing things Islamic in our lives.

You probably wouldn’t be drinking coffee either!

Malik: And we wouldn’t have Starbucks if it wasn’t for the coffee ships of Istanbul, and Damascus and Aleppo.