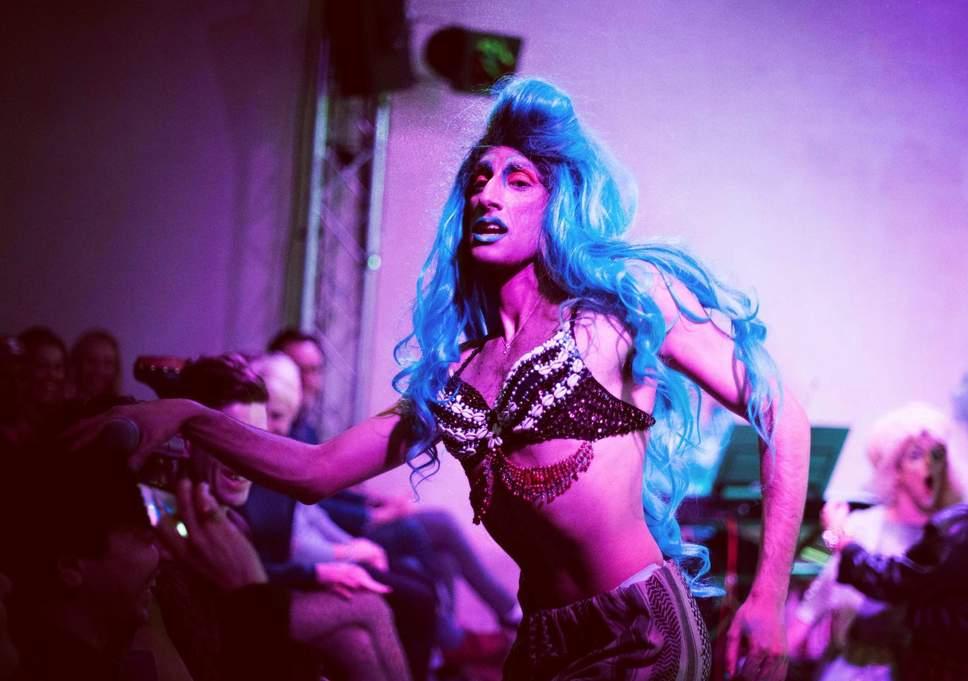 Being a queer Arab in London can be a lonely experience. My relatives live in the Middle East – where it’s not safe for me to live freely – and London, for all its bounty, can feel inhospitable. Anxiety about making last month’s rent occupies 95 per cent of my mental energy, and no matter how many parties I go to, I always seem to be sitting on trains alone. And with up to a third of LGBTQI+ venues thought to have closed since the recession, there are fewer spaces that provide safety and queer collectivity.

So in search of intimacy last Saturday night in London, I decided to visit a gay sauna. Gay saunas are spaces where you can meet other queer men, relax, swim and fool around. They’ve in the past offered comfort and respite from urban monotony.

On last weekend’s foray, I heard a group of men speaking my mother tongue of Iraqi Arabic. Once we all got talking, it was liberating to freely speak the dialect in a gay environment. Growing up queer in my household was traumatic and silencing; verbalising any feelings about my sexuality was just not an option – when you did, there were consequences.

So to visit the language of my childhood as an out and proud gay adult was reparative. For a moment, I felt genuinely at peace in my intersectional identity. But it turned out the men were there as some sort of “repressed” dare, and proceeded to taunt me with insults like a gang of bullies;​ I was left vulnerable and humiliated. The suppressed voices of familial rejection infiltrated my queer refuge, and my illusion of a harmonious intersectional identity was quickly shattered. I’ve since felt fragmented.

I write a lot about the politics of intersectionality; the power of having an identity that moves between “separate” social discourses, and how this demonstrates that the divisive barriers between social groups are permeable. But even though these barriers are only constructs, for many, they’re as unshifting as concrete. And banging your head against concrete every day eventually grates.

My parents are still unable to talk to me about being gay, my mother has flat-out refused to ever meet a potential boyfriend, and I’m passive aggressively reminded of my failings almost every time I see them. I’m a professional drag performer, and very proud of this; but I’ve had to accept that the very essence of my identity has been culturally disowned.

When I left home, I was full of youthful idealism, imagining London as a diverse utopia that would accept me for who I was. It hasn’t. Yes, it’s safer for me to be here, but I encounter racism for being Arab in London as much as I experience homophobia for being queer in the Middle East. Gay dating apps are a horrible cauldron of racialised prejudices; many profiles I see claim that “no Asians” should contact them. Coloured bodies simply rank lower in the gay cultural consciousness – gay nightlife postersboasting exclusively white able-bodied athletes say it all.