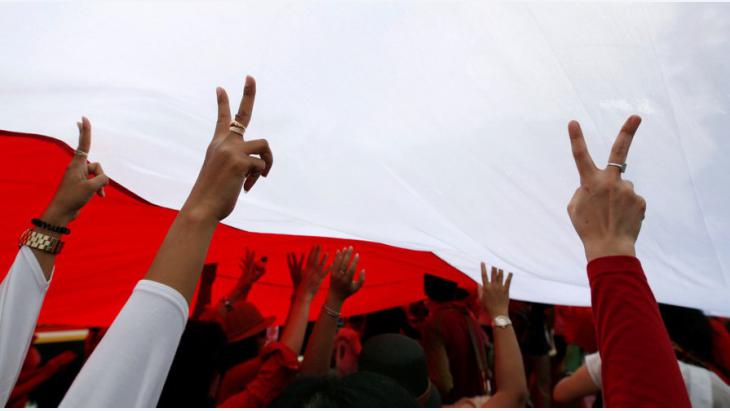 Since 1945, Indonesia has pursued its own state ideology of Pancasila, characterised by religious tolerance and social justice. Following the failure of the Arabellion, it could serve as a role model for democratic re-birth in many Arab states, writes Abhishek Mohanty

Currently many Arab states are attempting to cement the links, by force if necessary, between the state, creed and civil society. This has been the top priority for rulers in the region ever since the Arab Spring broke out in the Middle East in 2011. The mass uprisings altered the political landscape in the Arab majority world and sent dictatorial regimes a clear message: if they wanted to remain in power, they would need to discover a middle ground, reaching political decisions that benefit the common good.

Indonesia – an enormous archipelago of a country in Southeast Asia – is the world’s fourth most-populous state and the largest Muslim-majority nation. Yet many are unaware that, regardless of the size of its Muslim population, Indonesiaʹs state religion is not Islam. It may seem unbelievable, but Indonesia officially recognises five official religions: Islam, Christianity (Roman Catholicism and Protestantism), Hinduism, Buddhism and Confucianism. Since it achieved its independence from the Netherlands in 1945, Indonesia has become a democracy characterised by cultural diversity and a sensible interpretation of Islam.

In an attempt to legitimise their authoritarian regimes, rulers of the Arab world generally contend that their tradition of government was bequeathed by the Prophet Muhammad and that this convoluted blend of religion and the state is inseparable and unquestionable.

While Islam is the state religion of most countries in the Arab world, with constitutions based on the Koran, Indonesia is based on a nationalist ideology – Pancasila – which advocates secular, democratic and nationalist principles. 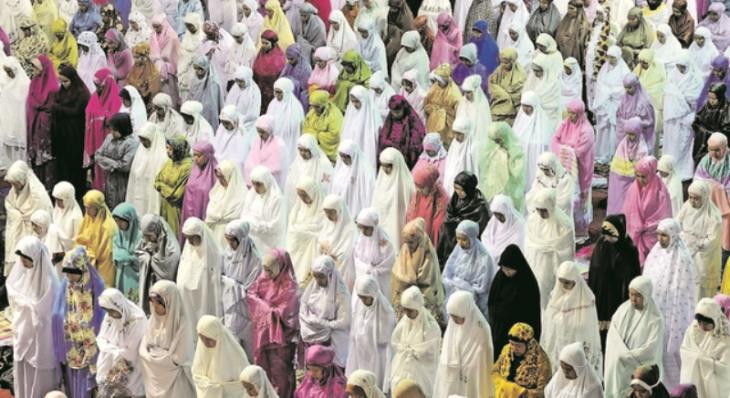 An injection of Indonesian religious diversity: "the Indonesian version of Islam is valued for its lively rational discourse. It is noticeably open to different opinions and religious diversity. If reformers in the Arab world want generate long-lasting positive change, then emulating some of what has actually worked in Indonesia would be a good place to start," writes Mohanty

belief in the one and only God (Article 29 of Indonesian Constitution mentions there is no specific god of any religion who holds superior status);

a just and civilised humanity (cultural and religious freedom twinned with mutual respect);

democracy, led by the wisdom of the peopleʹs representatives (Indonesia is democratic, in contrast to the sparsely populated Gulf states, which are still dominated by religious autocracies);

social justice for all Indonesians (irrespective of ethnicity and religion).

According to conservative Islamic rituals in the Arab majority world, non-Muslim men must convert to Islam if they wish to marry a Muslim woman. If anyone wants to renounce Islam and embrace another faith, it is considered apostasy. Those in question face social ostracisation and, in some cases, harsh punishment. Openly practicing other religions is considered blasphemy and even constructive criticism of Islam may be viewed as a threat to the state and its religion. 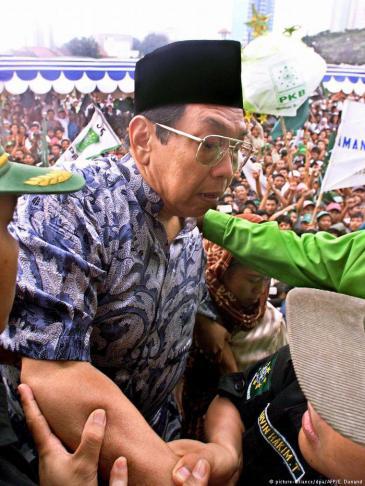 One of the figures responsible for Indonesiaʹs democratic transformation: Abdurrahman Wahid, known as Gus Dur, was the first democratically elected president following the end of the Suharto dictatorship. He fought for inter-faith dialogue and a peaceful interpretation of Islam. From the outset, he demanded that the ulamas get involved in the "social and cultural transformation of society". Abdurrahman Wahid died in December 2009

In Indonesia things are different: interfaith marriages call for one partner to ceremoniously convert to one of the six acknowledged religious creeds. A Muslim man/woman can convert to their partner’s faith without violating any law, because Indonesia doesn’t have a law specifically devoted to apostasy.

Indonesia does have a blasphemy law, but it is very different from the Arab version. Article 156 (a) of Indonesian Penal Code prescribes a penalty of up to five years imprisonment for expressions or actions in public that have "the character of being at enmity with, abusing or staining a religion adhered to in Indonesia", or are committed "with the intention to prevent a person to adhere to any religion based on the belief of the almighty God".

Indonesia therefore protects all religions on the one hand, while punishing the proselytisation of atheism – a situation that could still change in the future.

Apart from a few exceptions, their work has yet to be translated into Arabic or English, which is one reason their comprehensive philosophy  has had little impact on other regions of the world. Were this literature to be made available to the Arab world, it would undoubtedly have a positive influence on its populations and political systems.

The influence of Islamist groups has increased throughout the Middle East because they are looked upon as an insignia of resistance against dictatorial regimes and extended a status of being "upright and untainted". In Indonesia, religious associations have shaped progressive intelligentsias, who have upheld the perception that religion and democracy are compatible.

Being linked to mass religious organisation, these public intellectuals have played a crucial role in Indonesia’s democratisation procedure. Their participation in political society has helped legitimise a democratic society and reinforced pro-democratic coalitions. 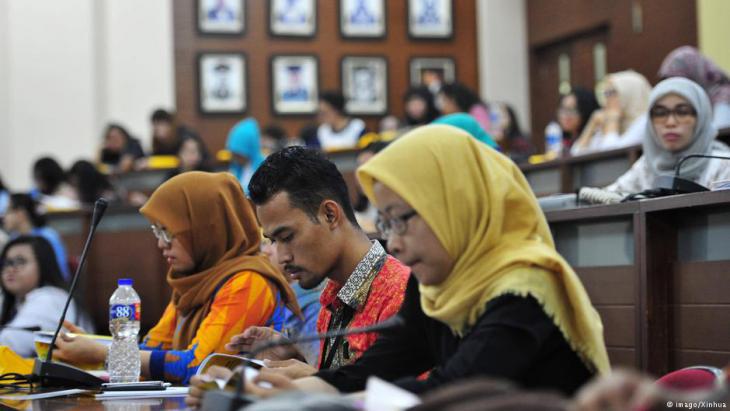 Progressive education system: "Indonesia has always been secular and progressive when it comes to education. The Islamic schools in Indonesia, for instance, use Islam as a foundation, but mostly in combination with progressive nationalism"