History is full of long and legendary highways but none – frankly – come close to the Silk Road. It’s not just the magnitude (at least 4,000 miles, in more than 40 countries) but the mythic potency of the project. The world was cleft into east and west in the Middle Ages. But long before, the Silk Road – which has existed in one form or another since the fourth century BC – breached any such divide. While trade was its raison d’être – Chinese silk, of course, but also salt, sugar, spices, ivory, jade, fur and other luxury goods – the road forged deep social, cultural and religious links between disparate peoples.

In her new series for ITV, Joanna Lumley travels from China to Venice, passing through Iran, Uzbekistan, Tajikistan, Kazakhstan, Georgia and Turkey en route – modern nations that are geopolitical patches cut into the immense Eurasian carpet. It’s a journey from a one-party superstate that will likely be the next global superpower to a former city-state once nicknamed “La Dominante” for its mercantile prowess and – by William Wordsworth – “the eldest child of Liberty”. It’s also a journey through Buddhism, Taoism, Hinduism, Islam, Judaism and Christianity – following the footsteps, horses’ hooves and camel trains of traders, herders, conquerors, explorers and travel writers.

The Silk Road was not a road, but a network. The central caravan tract followed the Great Wall, climbed the Pamir Mountains into Afghanistan, and crossed to the Levant. Along the way were spurs branching off to river ports, caravanserai, oases, markets and pilgrimage centres. Journeys demanded meticulous preparation: the Silk Road and its tributaries cut through some of the harshest, highest, wildest places on Earth. 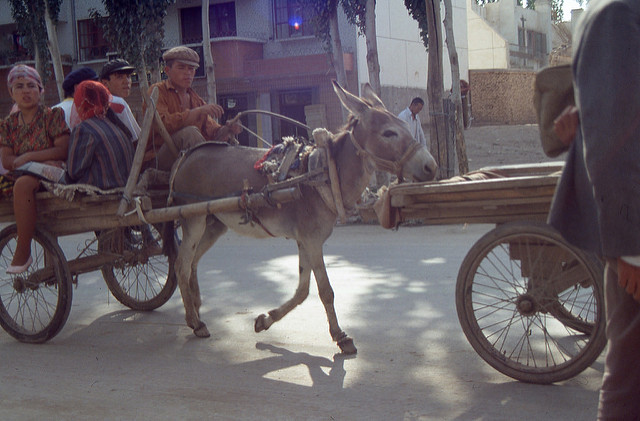 Many traders used sections, much as Americans slip on and off freeways to get from A to B. But the mightiest and most power-hungry set off on epic crossings worthy of the Silk Road. Genghis Khan led his Mongol hordes down a central branch, looping round the Caspian Sea, at the start of the 13th century. Marco Polo used a southerly route to travel to Persia, Tibet and China at the end of the same century. Approaching the once powerful naval state of Cormos (Ormuz) he describes “a very difficult road, full of robbers.” Then, two days’ ride later, ships bringing “all kinds of spiceries, precious stones and pearls, cloths of silk and gold, elephants’ teeth.”

During the next century, the Black Death made its own fatal transit, ultimately wiping out as many as 200 million Eurasians. Before I got round to visiting the famous central Asian cities – Samarkand, Bokhara, Tashkent, Kashgar, where much of the related tourism is concentrated – I’d stepped, unknowingly, on the Silk Road’s hard shoulders numerous times: at the Great Wall near Beijing, in the Altai region of western Mongolia, at Palmyra in Syria, in Jerusalem and in Istanbul.

What, though, remains of the original Silk Road? Archaeologists concur that the route dwindled in the mid-15th century when the Ottoman Empire boycotted trade with China. Since then, just about all the nations that straddle the network have warred, with each other or within themselves, and silk, paper and gunpowder have given way to opium, mobile phones and machine guns.

Capitalism has arguably been more transformative than Communism. In his 2006 travelogue, Shadow of the Silk Road, Colin Thubron laments Xi’an’s “turmoil of construction. Every other site is marked by a giant computer image of what will be there.” Lurking behind his irritation at the ubiquity of American training shoes, laptops and Big Macs is the long shadow of proxy wars played out across the lands of the Silk Road.

Nonetheless, away from the Soviet brutalism and the shiny new cities, you can still feel something of the timeless, adventurous pull of the Silk Road. Between May and November, buses ply the 810-mile Karakoram Highway that connects Pakistan with Xinjiang in China, a high-altitude road and engineering marvel which takes in beautiful Kashmir, the lush grasslands of the Fairy Meadows beneath Nanga Parbat and Kashgar’s Sunday market (still selling Uyghur silks). If that sounds too easy, you can join the intrepid cyclists for whom it is a “classic route”.

Or saddle up a horse. Like Genghis before them, capable riders get to canter across Mongolia’s Orkhon Valley or the Tian Shan – the “Mountains of Heaven” that range over four countries. Expeditions combine tough days with cosy nights in a yurt, beneath starry skies. 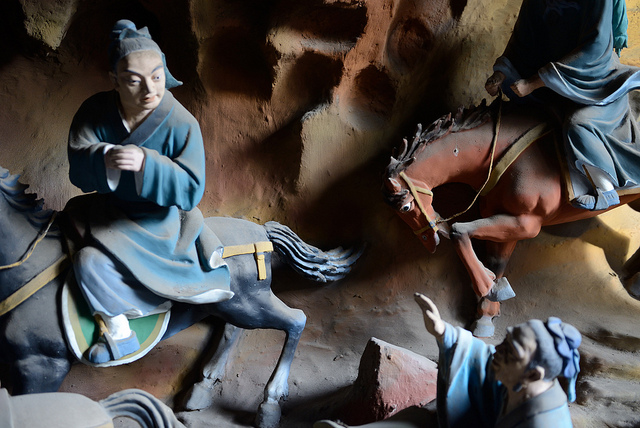 Between the fabled, photogenic trading posts are some of the planet’s starkest landscapes. To my mind, steppe is as compelling as desert, and yet is quite unloved, even ignored. The wind-blasted treeless grasslands, where the seasons can be alarmingly different – sweltering in summer, gelid in winter – and the switch from daytime to night similarly extreme, sprawl across Central Asia as well as China, Turkey and Russia. As a biome, steppe supports grasses, thistles, shrubs, herbs, pulses. Hardy residents include the corsac fox, huge-nosed saiga antelope, Bactrian camel, saker falcon, gerbil and lynx; alongside these are domesticated yak, goats, sheep and horses.

The West remains ignorant of the cultures of the Silk Road. When was Mongolia last on the 10 o’clock news? When we hear about Central Asia, it’s obliquely: a rocket launch at Baikonur; a quirky album from Tuvan throat singers Yat-Kha; Yo-Yo Ma’s Silk Road Ensemble. Consider the case of Kazakhstan – the world’s largest landlocked nation, and its ninth largest country overall. Yet few people get beyond Borat jokes. The 160 million or so Turkic people are a great mystery; eagle-hunting aside, their combined civilisations are completely off-radar.

Little wonder that this unknown swirls with legends: the exploits of Tamerlane, aka Timur, the last of Central Asia’s nomadic overlords; the summer palace of Kublai Khan at Xanadu; the “heavenly horses” that prompted a war between Emperor Wu of Han and the Dayuan. “Outer Mongolia” remains, like Timbuktu, an unimaginably exotic place.