By Leah Hunter for Forbes 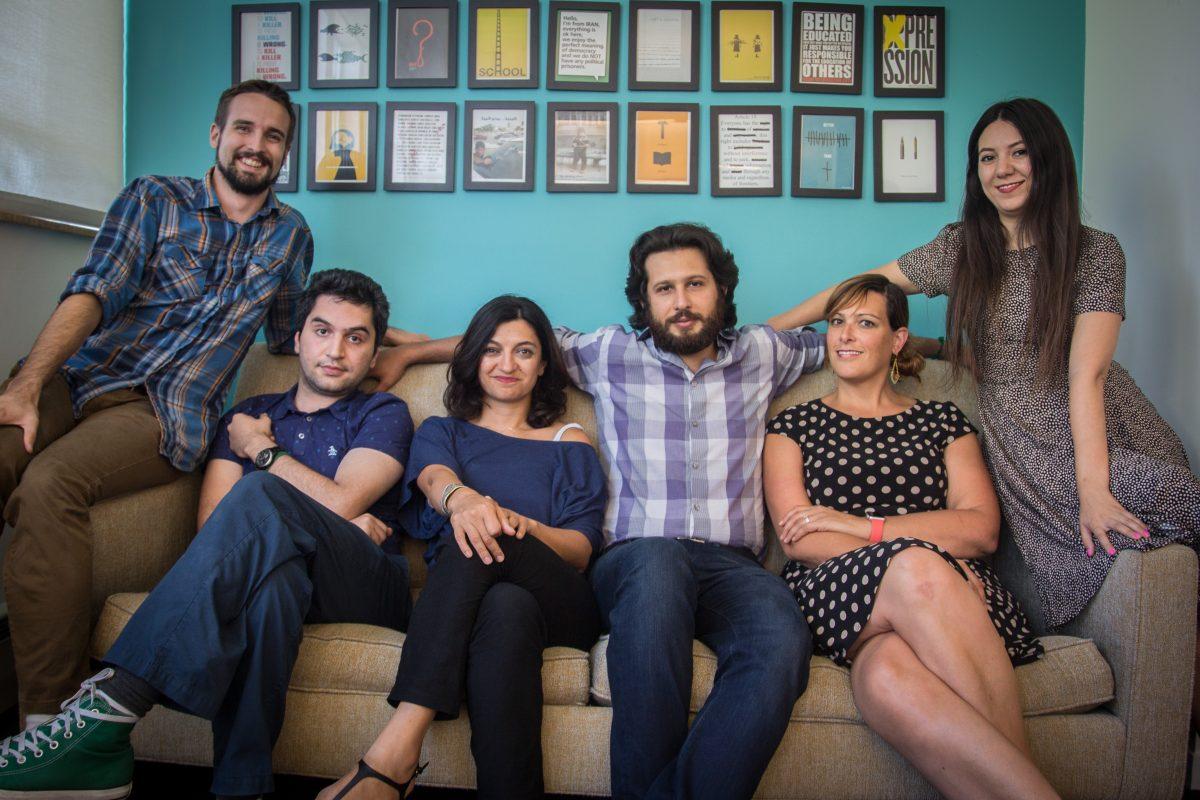 Mahmoudi (center) and some of her team at United4Iran. Photo credit: Eugene Chan

Firuzeh Mahmoudi founded the first civic tech startup focused on Iran. She and her team are building apps like a Yelp for rating public officials and women’s health trackers—in heritage languages that are currently banned from official use. She is using entrepreneurship and technology to help create a more free society. And she is doing it from across the world.

This is the story of Firuzeh Mahmoudi, founder of United4Iran and Irancubator, the first civic tech-focused startup incubator in Iran. She is also a creator of civil justice apps and a businessperson. Her business? Creating social good in a country she loves.

“Our mission is to improve civil liberties in Iran, and we do that in three ways,” says Mahmoudi, 45, who spent four years working for the United Nations in countries across the world as an international project coordinator before becoming a founder.

“We improve human rights. We support the civil society in any way we can. We build civic engagement and civil society through technology. That's what Irancubator is.”

Long before Mahmoudi became an entrepreneur, she grew up as a young girl in Iran. A few years after the war between Iran and Iraq started in Iran, in 1983, she was taken by her father (who she’d never lived with) to the US. At 16, while back in Iran visiting Kerman, her mom’s hometown, Mahmoudi was detained for five hours by Iran’s moral police. The reason? She had briefly taken off her headscarf. Her hair was showing in public.

What many people don’t know about Iran is that it is one of the most educated, tech-literate populations in the world—and a highly progressive one as well. In Iran, nearly as many women graduate from college than men—according to the latest tertiary school stats from the UN Statistics division, 49% of college graduates are female. The population is young and liberal-leaning (as evidenced by the prevalence of “white marriage”). According to Mahmoudi, there are 40 million smartphones in the country, with a million new ones added every month. They use apps like Facebook, though they have to use a VPN proxy to do so. Only government officials are currently legally allowed to use Twitter. By necessity, Iranians are tech-savvy.