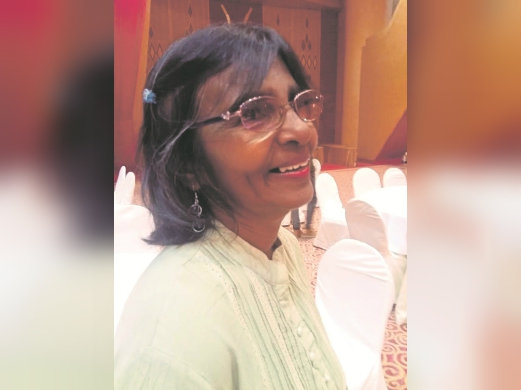 Into this Dickensian contradiction she slips, slowly and softly like the White Lady in the forest of Lothlorien. Gentle and glinting are her eyes, which search to the furthest corner, her expression and carriage holding a tale of earnestness and curiosity. Gazes in green gowns return to her, some questioning, some inviting. They are strangers, one and all. But she goes to them as friends would.

For, has not conversation already begun in the exchange of looks, and in the corridors of the mind? This is a place where the ill gather. This is a hospital, where suffering clings to the living, and where the living cling to life. At lunchtime every Tuesday, 71-year-old Sybil and a band of good men and women visit patients, bringing nothing but the manna of companionship and hope. She, alone among all, has been doing this for more than 20 years.

Even when she was working with Tenaga Nasional Bhd. Who are the people that they meet? What do they talk about? Well, she has spoken to a great number, and their stories, many of which are sad and grave, cannot possibly find a just retelling in the space allotted to me. But, here is a sliver of them. Sybil does not give any names. She merely offers from her heart the sorrows and gladness that her newfound hospital friends have left with her. She tells me that many patients are depressed by their physical conditions. And, by loneliness.

All they want is for someone to listen to them. “I have heard the cries of elderly patients who were abandoned in the hospital by their children. One woman told me, ‘My son will not do this to me’. It is very hard for them. I try to comfort them. “In earlier times, when the nurses saw me talking to an elderly patient, they would think I was a relative. When I explained, they would tell me about the patient, about how he or she had been left there by the children.

The hospital had tried to call the telephone number given by the children, but always, the person who answered said he or she did not know the patient.” Sybil lost her only son to a road accident many years ago. So, when she speaks to a person who has suffered a terrible loss, and says she understands, she truly does. “I was once with a woman whose 17-year-old son died from a brain infection. At first, she was cold towards me. She refused to say more than a few words, like ‘You will never know how it feels’. But when I told her about my son, she broke down. I wept, too.

For the first time, she had met someone who knew the pain, not just the word. “I also shared my experience with a lady who had Stage 4 cancer. She was worried about her family, and she poured out all her problems. I listened. Then, I prayed and offered hope to her. She cried. Three weeks later, she passed away.” It is clear that in this path that Sybil takes, pain and tears are plentiful. But, the comfort is immeasurable, too.

Once, she came upon a foreign worker swaddled in bandages. The young man, who looked like a Bangladeshi, could barely open his mouth. She leaned over and smiled at him. He laboured to whisper these words: “Sister, could I have some teh tarik and bread?” Sybil rushed to the hospital canteen to get these. Oh, how little things matter so much to those who feel utterly bereft.

She says that his eyes brightened up and he broke into a broad smile. A light in a wounded body. They spoke a little more. But the best part of the ‘conversation’ was already had. The man was fortunate. No, he was blessed. He and countless others went to the hospital for healing, and did not the doctors and nurses work hard to help them? But when it is about the heart, about hope, Sybil and her friends have done much for the poor souls. In them are inscribed the words, “He comforts us in all our troubles so that we can comfort others”. To them, there’s no Dickensian contradiction.