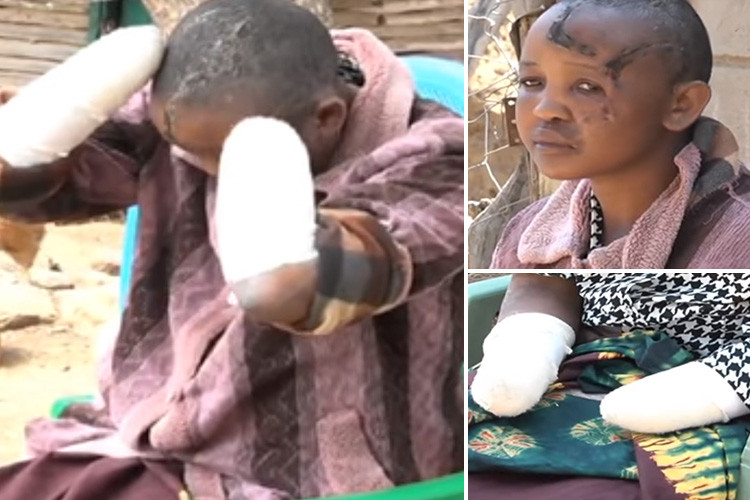 Have you ever wondered why women are spiritually, physically and emotionally stronger than their male counterparts? Women work better with scars - be it scars of a Caesarian section operation where they will nurse their babies despite the pain after the operation. Some even prepare meals for their families during the healing process. Women never look or concentrate on the scars but rather on the goals to be achieved. It is called strength of a woman .The scars can go up to four times in their lifetime but guess what, they will still rock their heels after healing. But wait a minute – isn’t it unhealthy for the uterus?

We also menstruate once a month before we reach menopause. Some of us even cook for our families and afterwards we take painkillers to relieve our physical pains after our chores and targets have been accomplished. Some of us even forego our twenty one days allocation of paid leave at work to clear their backlog be it cases in courts or reports in the office. Are we naive or just hard core human beings?

Depending on the background a woman grew up in, she is always taught by her mother or guardian that women must always work hard just to put a smile on their loved ones’ faces despite the challenges. This includes doing domestic chores. But all of these cause emotional and psychological torture to us while we try to be the Jack of all trades. We end up going in bed with a string of questions in our minds during nighttime. Sometimes it causes us insomnia, while some of us end up even with mild depression or even mental health issues or also stomach ulcers. But why?

In Africa, a good wife is measured by her ability to sire and make exquisite delicacies just to prove to the in-laws that she is worth the dowry to be paid. This automatically equates women to items of measure in marriage. In Africa, when a woman gets married there is no going back home unless it is the time for  family visits or when they face domestic unrest. She is then told to pack her bags and go home to correct her morals to please her husband despite the scars she received from the domestic violence perpetrated against her. Some mothers will even tell their daughters during the wedding day that marriage is all about perseverance. And in the Luhya Tradition in the western part of Kenya, they believe a woman’s pride is when she is being hit by her husband. Pride and hit are like water and oil though!

Over 40% of married women in Kenya are victims of gender-based violence or even sexual abuse. Some lodge reports but a majority languish in pain due to fear of being divorced and left homeless or being judged by the community or even by their own parents. It is a shame to take back an injured and divorced daughter back home, unless when she is in a coffin: After all, domestic violence leads women to the grave early.  The Federation of Kenya Lawyers (FIDA) work on the ground filling divorce cases for free since 1985 but more women need awareness of this service perhaps.

When women report cases of domestic violence to their church, most of them are told to pray hard and fight for their marriages. Why is this that church leaders or mosque leaders lack the capacity to advise their congregation on the above on domestic violence? What are they afraid of?

Telling their members to walk out seems to be a big shame on them - they should concentrate on preaching the word of God. It is ironic to tell a woman who go through domestic violence to pray with no solution. I think houses of worship should be trained more on providing counselling skills which they should share with their members in times of distress. It is a big letdown when they let their own get injured or hurt and most of the marriages are officiated from the same places so women shy off from telling the church leaders their problems.

In 2016, a lady by the name Mwende in Ukambani, Kenya had her hands chopped off by her husband due to domestic violence. Her story was featured in all media houses in Kenya but the public blamed her for cheating and never judged the ex-husband for harming her. Why is society harsh to only us women and yet we walk and work with scars while men are allowed to move on with no charges and no scars at all. To the surprise, they marry off very fast. Men move on so fast.

Mwende is a survivor of domestic violence. She was lucky to get the assistance of the governor’s wife to fly to India for surgery and get fake arms but the scars in her memory will live on. This is a major tragedy that a lot of women suffer.

Say no to Gender-based violence (GBV).