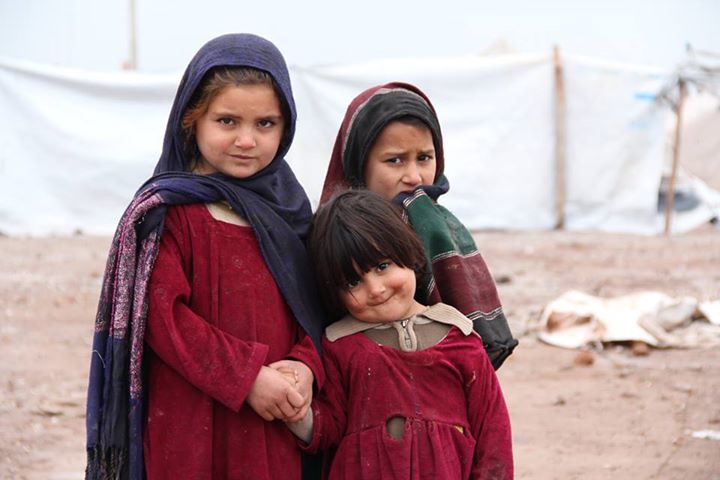 "We're going to have a discussion. You people come closer." A man asked the boys sitting together in an open-air gathering area on the first day of Eid in Wana, South Waziristan.

"We need to focus on a very 'crucial' issue. The issue is of girls coming out of homes and being photographed by boys. Some people even had made videos. I had seen those videos and I can show them to you. What I want to say is that this is against our pride (gheirat) and our 'code'. We can't allow such things happening."

Another man stood up and said, "Young people here should think of the" issue" and sort it out. Girls coming out of their homes and their videos circulated is not what we want here to happen."

This was not the first time men gathered and talked about "the issue," but what happened after this conversation shows why this incident was important and unique.

A boy of about 20 stood and posed as he wanted to talk. He started by saying, "Can I ask a question?" "We don't allow girls to come out the other days. Three days of Eid are the only days when they can come out and if then boys start taking photos of them, you start talking of not "allowing" them to come out of homes and asking other people to ask wives, sisters and daughters not to come out either. How can girls coming out of homes to visit the village and walk through streets be a threat to your pride? What type of pride is this? Girls can come out and you can not stop them due to these videos."

Instead of asking a question, he had forced the men to look in the mirror.

In Wana, girls drop out of school after grade four or five. The main reason used to be their growing heights. There are very few facilities for girl education. And out of those very few institutions, there are three to four where men are willing to send daughters and sisters. Girls only rarely show up at family gatherings. In such an area, a boy talking for girls and their coming out in a men's gathering was, if not the only case, a very rare one. Indeed, it is absurd that women are never asked of their decisions in matters of social importance, even in matters directly dealing with them. Women don't have any social presence.

The meeting continued. People went on talking about 'the issue' and how to tackle it. After a while, a man stood up and said, "It is too much simple to solve this issue. Whenever a girl comes out, you catch and kill her." The boy of 20 stood again, "What is this all petty talk of catching and killing? How dare you hurt/ say a word to a girl who comes out of her home? Women can go everywhere whenever they want."(In case of women, logic is out of the discussion for a lot of people out there, this the boy didn't know). The boy continued," Your pride is compromised in the case of girls and you keep silent when the matter is of boys. Why not ask the boys to stop all this crap of following girls and shooting pictures and videos? You won't, I know".

The speaker who talked of killing girls was furious but he could not do anything. The boy had said what he wanted to. Another young boy of the same age as the first held his hand and accompanied him to a nearby shop.

I was sitting in my bed when a cousin told us this story. I was hoping more and more boys would come out and talk like this one,  and girls could speak for themselves about matters that are important to them. I wanted to tell these people, who consider it their right to decide for all people - to mind their own business only and leave girls to live in a more human way. A lot of people want things to be changed, but change doesn't come only by waiting for it, things are to be changed.

This was not a bigger tribal jirga. It was a gathering called to discuss one issue. And as it used to be, the sitting ended with some furious swearing, men leaving in the middle and some younger people, who were not doing anything harmful to girls coming out.

As the boy spoke to those people, he made sense. The other youngsters got his point and they were supportive of him. Girls were not stopped from coming out and they enjoyed that Eid as they wanted. There was a time when the girls who dared to come out of their houses were even chased by groups of boys. Some boys even threw stones at them. So, this time nothing like that happened and people in growing number now understand the baseless nature of the claims of code in which girls are supposed to be staying at home.

Atiq belongs to Waziristan and is currently doing his bachelor's degree in International Relations.